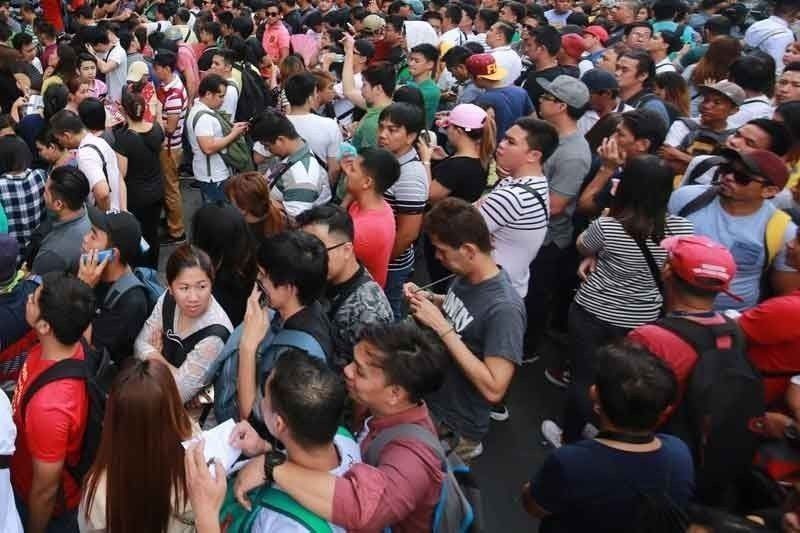 MANILA, Philippines — Unemployment in the country rose to 8.7 percent in January, accounting for four million jobless Filipinos due to the pandemic, the Philippine Statistics Authority (PSA) reported yesterday.

This is steady from the October rate of 8.7 percent but higher than the 5.3 percent unemployment recorded in January 2020, still reflecting the relatively slower pace of economic recovery in the country.

Malacañang said the government would reopen the economy to address unemployment.

“Providing aid is not among the options. What we will do is first, reopen the economy; second, expand the age group that can go out and third, increase the modes of transportation,” presidential spokesman Harry Roque said.

Roque said the government has adopted a three-pronged strategy for economic recovery that involves the reopening of the economy without compromising health standards, implementation of the recovery package under the Bayanihan 1 and 2 and the 2021 national budget as well as the vaccination program.

The January unemployment rate is the third highest recorded since 2005. The first two were recorded in April and July 2020 at 17.6 percent and 10 percent, respectively, both at the height of the pandemic.

The PSA said the country’s labor force population or Filipinos aged 15 and above rose to 74.73 million in January from 74.3 million in October last year.

This is equivalent to around 45.2 million economically active Filipinos, whether employed or looking for work.

This means that while more people searched for livelihood as quarantine restrictions were eased, the number of jobs generated failed to match the supply. Overall, 1.4 million jobs were restored during the period.

The biggest improvement was recorded in Metro Manila where some 269,000 jobs were restored, with the unemployment rate declining to 8.8 percent from 12.4 percent.

In a joint statement, the finance and budget departments and the National Economic and Development Authority said the smaller progress in the past quarter suggests that there is still a need to address the remaining restrictions before the economy could get closer to normal.

“As we further reopen the economy, we continue to see signs of recovery. The results are promising as it tells us that we are on track to getting back most of the jobs we have lost due to COVID-19 and the lockdowns,” the economic managers said.

They pushed for the gradual and safe relaxation of community quarantine, expansion of the age group allowed outdoors and the further reopening of public transport. – Alexis Romero, Delon Porcalla