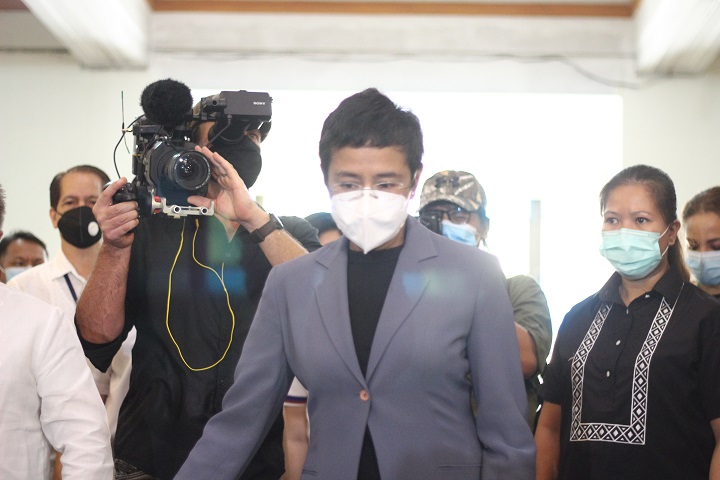 The issue here goes beyond Rappler as other dominant and alternative news media organizations are also under attack. Ressa only becomes a convenient target because of her high profile. That’s what she has in common with ABS-CBN which is a leading network. The chilling effect becomes clear by targeting both of them.

A US-based campus journalist asked six questions on Rappler’s ordeal and the attacks on Philippine media. These are my short answers.

This case is being called a major blow to not just press freedoms, but democratic rights — can you explain what you think in this regard? What are the major implications you see for either journalists or Filipinos generally?

The guilty verdict on Maria Ressa and Rey Santos Jr. should not be seen as an isolated case but as part of a systematic attack on media. Ever since Duterte became President in July 2016, we saw the exacerbation of the culture of impunity as manifested by various forms of harassment and intimidation, including the killings of journalists.

Red-baiting of some alternative media practitioners like Frenchie Cumpio (Eastern Vista) has resulted in the latter’s detention (and she continues to be detained as of this writing). Another victim of red-baiting, Brandon Lee (Northern Dispatch), was shot (fortunately, he survived the assassination attempt). Much as the closure of ABS-CBN last May 5 hugged the headlines, there are other cases of harassment and intimidation that have little or no media coverage so they are sometimes forgotten in the next news cycle.
This reality makes it challenging to practice the journalism profession. What Rappler and ABS-CBN went through already sends a chilling effect on journalists and news media organizations. The cyberlibel conviction, along with the judge’s skewed interpretation of republication, also makes it dangerous for ordinary people to express their views online, particularly through their social media accounts. So the issue here is not just press freedom but also other basic freedoms like freedom of speech and of expression.

Ressa has said that not only was she on trial, but also Philippine judiciary has been on trial, and that they are implicated. Do you see this as being the case?

To some extent she is right. Technically, she is on trial but the significance of her case naturally puts not just the judiciary but also the entire government on trial.

Just because the complainant is a private individual does not mean that Duterte is not an enabler. Remember that the case was filed months after the President’s state of the nation address (SONA) where ABS-CBN, Philippine Daily Inquirer and Rappler got accused of being biased or foreign-owned. The cyberlibel case was also one of the many charges faced by Rappler and Ressa. The revocation of Rappler‘s registration with the Securities and Exchange Commission (SEC) is currently under appeal while they face charges of tax evasion. To use an idiomatic expression, the government is throwing everything but the kitchen sink.

What makes the Philippines unique in its legal handlings of this case? Ressa has described the government and judiciary’s handling of the case as “legal acrobatics” — citing changes in the statute of limitations, or the “theory of continuous publication.” Are these valid and/or right maneuverings?

I followed the case closely and, from an editorial standpoint, I wonder why the case was pursued. The interpretation of republication violates basic journalistic taxonomy. Correction of a typographical error is a minor correction and is not, in any way, packaged as a re-published journalistic output. That the judge repeatedly insisted that the original article published in 2012 cannot be accessed anymore with the correction of a typographical error reflects her ignorance of the nuances of online journalism. The use of “multiple publication” to justify that the article uploaded in May 2012 was actually republished two years later is a form of legal acrobatics to justify culpability under the cybercrime law which took effect in October 2012. This sets a dangerous precedent in the sense that online content published before October 2012 could be investigated for probable violation of the cybercrime law, mainly by subjectively determining a form of “repackaging” to justify this “theory of continuous publication.”

The long and short of it is that laws are being weaponized to repress the media. It was done with ABS-CBN when franchise renewal was weaponized. And now it was done with Rappler when the cybercrime law and the skewed concept of republication were weaponized as well.

The Philippines, once considered to have the freest press in Asia, has become one of the world’s most dangerous places for journalists. What implications does this ruling have on the free press in the Philippines? What is causing this decline?

Under the 1987 Constitution, we still have constitutional guarantees protecting press freedom and other basic freedoms. There are also laws like the Shield Law that can protect journalists from revealing their sources. We can even say that the Philippine National Police (PNP) is there to serve and protect, and that they are not allowed to engage in extra-judicial killings. But what exists in the Philippines is a disconnect between what is written and what is implemented. Many laws are honored in the breach as the powers-that-be act with impunity. That we are one of the world’s most dangerous places in the world to practice journalism is nothing new. We have more than 180 journalists killed in the line of duty since 1986 (when we ousted the dictator Marcos).

The guilty verdict on Ressa and Santos further validates the existence of culture of impunity in the country, even if the police and some government officials repeatedly deny this. It also shows to what extent the tyrannical regime will go out of its way to silence opposition. The death knell on press freedom and democracy may be rooted in two factors: Impunity and Tyranny.

Is this a case of the weaponization of laws to suppress freedoms? What are cases of other laws that are used against journalists or freedom of speech (from journalists and all Filipinos) if so?

There is weaponization of laws right now. Even during the US colonial period (e.g., Aves de Rapiña case), libel has been used to harass and intimidate the press. Just recently, the new Bayanihan to Heal as One Act which is supposed to address the COVID-19 pandemic has a provision that penalizes the spread of “false information” even if it does not attempt to define what the latter is. This then makes it possible for negative or critical comments from ordinary people to be punishable. And there is anecdotal evidence to prove that ordinary people are now being summoned by the police and local authorities to explain their posts on social media. Even overseas Filipino workers (OFW) who are obviously based abroad are not safe. There had been an attempt to deport a Filipino working in Taiwan due to her critical comments posted online.

So the weaponization is not just confined to laws. The entire bureaucracy has been weaponized to repress and suppress.

Media freedoms have been questioned recently for many reasons. Press freedom advocates have said that officials’ decision to lodge the case against Ressa, rather than the editors who worked on the article, demonstrated that officials were targeting her — and that this is one facet of a larger project of press freedoms under attack. What is your take on this? Do you see this as a larger attack on press freedoms (e.g. ABS-CBN, other cases against Ressa)?

The judge is ignorant of the workings of the press and one proof of that is her failure to distinguish between an executive editor and an editor-in-chief. But more than ignorance, she allowed herself to be used, directly or indirectly, in the systematic attack against media. The issue here goes beyond Rappler as other dominant and alternative news media organizations are also under attack. Ressa only becomes a convenient target because of her high profile. That’s what she has in common with ABS-CBN which is a leading network. The chilling effect becomes clear by targeting both of them. The chills are felt by asking a simple question: “Who’s next?” Perhap this explains why, generally speaking, there is not much in-depth criticism of government policies and programs right now in the dominant media.

The post 6 questions on Rappler, cyberlibel and press freedom appeared first on Bulatlat.