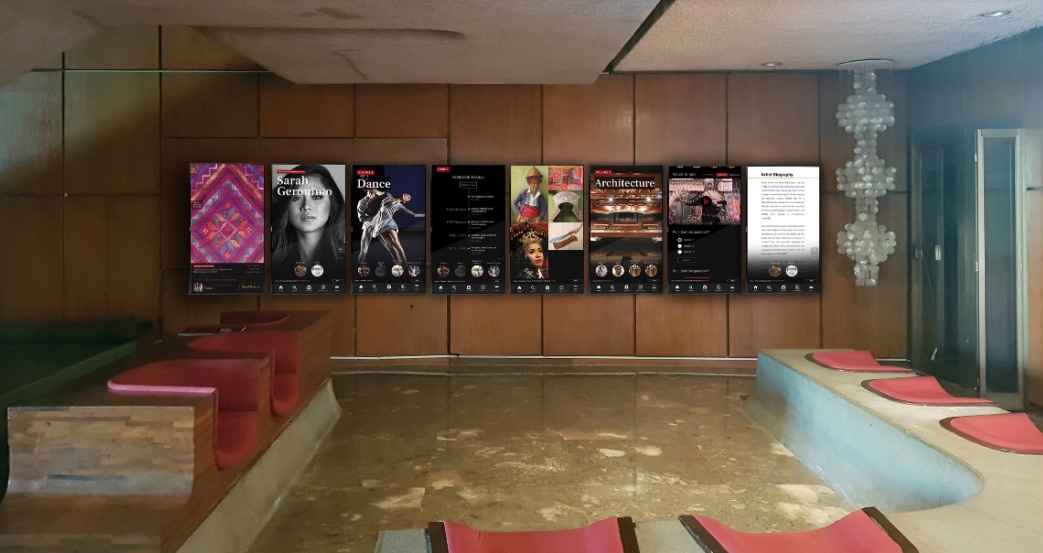 In 1994, the Cultural Center of the Philippines (CCP) released the Encyclopedia of Philippine Art (EPA), a 12-volume set containing comprehensive information on Philippine architecture, visual art, film, music, and theatre, among many others

It was a promising project – giving people from all walks of life a one-stop resource for Philippine arts and culture. Nearly 3 decades later, the encyclopedia is finally available in digital form (known as the EPAD), making it more accessible to the public.

This updated version will come in three forms: a subscription-based website, an upcoming on-ground digital installation, and an offline version in flash drives.

How the encyclopedia started

The EPA project started out in the late 1980s as a brainchild of then-CCP artistic director Nicanor Tiongson, and was an answer to the growing need to collate our knowledge on Philippine arts and culture. Scholarly information on the subject was scattered across coffee table books, journals, and other special materials.

“There was a need for a resource on Phiippine arts and culture because it was virtually nonexistent,” says Chris Millado, the Vice President and Artistic Director of the CCP. “We wanted to enrich the curriculum and disseminate information.”

A large group of scholars and editors were consulted for the project, and over 300 writers contributed to the published body of work. Research encompassed various fields, including indigenous peoples, architecture, broadcast, visual art, film, music, dance and literature.

The first edition of the encyclopedia came out in 1994, and became a staple in libraries and resource centers.

“It helped promote the different histories that might have shaped our consciousness,” adds Chris. “The first edition was even found in universities abroad that offered Philippine Studies programs.”

The EPA includes entries on 54 ethnolinguistic groups in the country, from the Aetas to the Yakan. Other sections showcase information on Philipine architecture, visual art, film, music, dance, and literature.

“There’s this feeling when you read an entry and it’s about your hometown,” said Chris. “When you look at it, it develops a sense of pride for the places we hail from.”

Work on the second edition of the encyclopedia started in 2013, nearly two decades after the first version was published. It was during this time that talks of a digital edition surfaced.

“We were already thinking of coming up with a digital edition even before the second edition came out,” said Chris. “Print encyclopedias are quite expensive and it was the time people were looking into digital formats.”

However, the suggestions to abandon the print format was met with resistance from the project’s team of researchers.

“Our researchers told us that we should go print first before going digital, because there is still a value in having a print edition,” said Chris. “After a back and forth between the editors, we agreed that a digital version will come first.”

The second edition was released in print in 2018, containing information updated up to 2015.

“The digital edition, in terms of content, will have at least a thousand new entries,” added Chris. “Digital makes it easier for us to edit and keep on updating. There are also no printing costs.”

The EPAD website contains 5,000 articles and 5,000 photos across nine sections. Videos from the vast archive of the CCP are also included in the EPAS. such as excerpts from plays and performances.

Besides articles on specific works, art forms, and traditions, the EPAD also has entries on Philippine personalities. Users can read up on historical figures like Jose Rizal and Juan Luna, or contemporary artists like Regine Velasquez and Sarah Geronimo.

With the print edition being composed of twelve thick volumes, it is not exactly portable.

“You would have to get a large wheelbarrow just to move these around,” Chris joked. “In the digital version, you can access it on your mobile or tablet if you have wifi.”

The full set of the print version was available on the CCP website for Php 51,000. By contrast, the digital version is a subscription-based service with three tiers depending on the duration. A 1-month subscription is priced at Php75, while 6-month and 12-month subscriptions are available for P350 and P675, respectively.

Besides being more affordable and accessible, the encyclopedia also boasts features such as content bookmarking, auto-citation tools, and hyperlinking. Users may copy and paste portions of entries for research purposes, but a citation and copyright notice will be generated automatically. The site uses the 16th edition of The Chicago Manual of Style for citations.

“We value the intellectual property rights of the ones who own the images and wrote the essays,” said Chris. “But these features also make it easier to do citations, as opposed to writing them down.”

The bookmarking feature allows users to save content for later reading, and an “explore” tab allows for faster skimming and scanning. Users also have their own profile page, and a teams function is also available. Entries can also be easily shared by users through email, Facebook, and Twitter.

The interface is sleek and organized, and entries are easily searchable. The website also has a navigation guide, showing how the website categorizes its contents. Writers are also properly credited at the bottom of each entry.

The language used is very straightforward, and translations of localized terms are placed neatly in parentheses. Entries also have clear headings and subheadings, and key terms are typed in boldface. This makes the EPAD very easy to use, especially for students.

The EPAD project also has plans for an on-ground installation featuring a historical timeline, shown on eight 43-inch screens. A 12-volume PDF set placed in flash drives will also be available for offline access, aimed at those living in far flung areas.

The encyclopedia and the future of learning

While the EPAD has already launched, it will be updated with new entries twice a year. New features will also be rolled out periodically, as well as software and security updates.

“Even as we speak, we find out we need to keep updating,” said Chris. “There’s also the technical side of things, like security. We don’t want anyone hacking into it and changing entries.”

In spite of these, the release of the encyclopedia was not affected by the ongoing COVID-19 pandemic. The shift of institutions to distance learning has made the project even more lucrative.

“The quarantine period made even more essential the use of online communication platforms for classroom learning,” said Chris. “Because of that, the digital version of the encyclopedia became even more relevant and necessary.”

Chris believes that the pandemic has changed the way learning is done, with online learning being used even after the pandemic is resolved.

“Even during the great pandemic lockdown, we continued with the work as scheduled,” he said. “Even after COVID, online platforms might remain as one of the primary ways for communication.”

“We’re offering something that might be in line with that,” he added.

The artistic director hopes that those who are enthusiastic about Philippine arts and culture will use the digital encyclopedia in their quest for knowledge.

“If you’re an institution or an individual, this digital version practically opens up a lot of portals for a deeper, broader, and wider understanding of our heritage.” – Rappler.com