[ANALYSIS] In times of crises, the youth is left behind 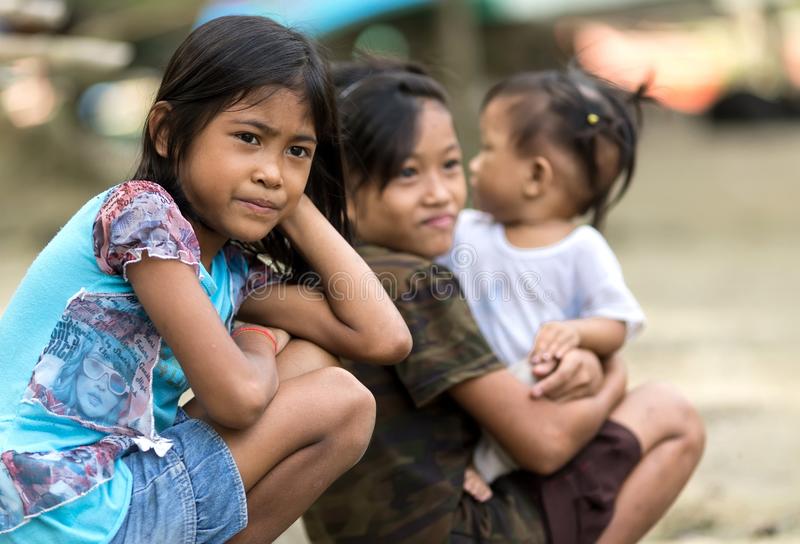 ‘The youth is adversely affected in terms of employment opportunities, education and training, and mental health and well-being’

The Philippines has gone through a lot this year — from localized natural disasters such as the eruption of Taal Volcano in January and the Masbate earthquake in August, to the onslaught of strong typhoons this month that left multiple cities and provinces flooded, and of course, the COVID-19 pandemic. While these disasters and pandemics know no targets, the consequent economic effects disproportionately impact vulnerable groups in society. During and after periods of these crises, the youth is left behind. The youth is adversely affected in terms of employment opportunities, education and training, and mental health and well-being. In light of the ongoing calls for immediate action from the government, public policies ought to be targeted and proactive.

As the 2008 Global Financial Crisis progressed, developing Asian countries also began experiencing slowdowns in their economic activity. While the Philippines has not technically experienced a recession then, the total unemployment rate rose to 6.7%, while the youth unemployment rate rose by 5.9% in January 2009 compared to the year prior. Youth underemployment also increased, where the total hours worked per week by young workers drastically fell in the years of and after the crisis. Therefore, the youth that worked fewer hours also experienced a decrease in their income.

This year, amid the pandemic, the Philippines is officially in recession and is facing significant headwinds in terms of employment. The PSA reports a record-breaking unemployment rate in April 2020 of 17.7%, approximately 7.3 million jobs, a steep increase from the unemployment rate of 5.1% last year. The situation is significantly worse for youth workers. Their unemployment rate has increased from 12.9% in April 2019 to a record-breaking high of 31.6% in April 2020, which was also when the ECQ was being observed. More youth are also classified as NEET or “Not in Education, Employment, or Training,” which means that more young Filipinos are not able to contribute to the country’s productivity, which is done either through employment or increasing their human capital through education and training.

Clearly, the country is seeing the same negative pattern as a decade ago but on a larger scale, with higher unemployment rates, reduced hours worked, and even more difficulty in finding and securing jobs for youth, especially since many more experienced workers have also lost their jobs and may even be in competition with them for work.

On learning and entering the workforce

Aside from the immediate learning disruptions experienced, learning inequality is also observed. Students from more disadvantaged households find it difficult to continue their education since most of the financial burden from online distance learning falls on the student. An internet subscription alone is too high a cost for many Filipino households, coupled with the fact that the average internet speed in the Philippines is among the slowest compared to our neighboring counterparts.

Another impact of the pandemic on the youth is a more challenging school-to-work transition. Economic crises tend to cause mass unemployment and create an unhealthy job market, especially for novel entrants such as new graduates. Cockx (2016) finds that in flexible labor markets, it takes about a decade for new entrants during economic downturns to catch up to entrants that entered in healthier job markets. This is because of the highly persistent effect of initial labor market conditions — initial wages and employment strongly affect one’s future wages and job opportunities. In other words, young Filipinos now will be at an even greater disadvantage upon entering the job market and might not progress in their careers at the same speed compared to youth who entered the job market in times of economic prosperity.

On mental health and well-being

Many youths around the world are ailed with stress and anxiety, which is exacerbated by the pandemic. ILO (2020) finds that 17% of youth aged 18-29 assessed themselves as “probably subject to anxiety or depression” compared to 11% of the cohort ages 30-34. Moreover, a significant portion of youth was never relaxed (35%), never optimistic (31%), and rarely felt connections with other people (29%) since the onset of the crisis. This is due to the fact that there is a disruption in the youth’s education and/or employment prospects and the uncertainty of their future. This is confirmed by the fact that 38% of youth around the world feel uncertain for their future careers, while 44% of youth who have since stopped their schooling fear that they will be off-track (ILO, 2020).

There are many other confounding effects on the well-being of youth such as loneliness, isolation, loss of motivation, and unfortunately for some, possibly even violence and abuse at home. Mostly, the youth have taken their sentiments and grief to social media, which makes it difficult to quantify how much their well-being has been affected by this outbreak, but definitely shows that the effects of this pandemic on their mental health are not negligible.

What government can do

The government has both the mandate and the ability to pay closer attention to the youth in its post-crisis economic recovery plans, keeping in mind that they are disproportionately affected during recessions. A combination of passive and active labor market interventions may provide immediate relief to the most vulnerable youth and give them the means to enter the job market. For instance, a job search allowance, conditional on participating in programs such as job fairs, application writing and interview workshops, and so forth, might help decrease youth NEET and increase youth labor force participation and employment.

Since tertiary education has been found to boost future income and employment opportunities, consistent government funding and promotion of financial assistance programs such as UniFAST of the Commission on Higher Education (CHED) will induce more deserving students from lower-income households to enter college.

Finally, an unemployment insurance (UI) program could also be an appropriate long-term labor market policy response. UI can improve the resiliency of a household through income and consumption smoothing during periods of crises where unemployment rapidly increases. Intuitively, a household that receives UI payoffs makes them less likely to fall into poverty. Further, households that receive these transfers would likely spend rather than save it. Therefore, during periods of crisis, UI can possibly increase economic activity, thereby augmenting deficiencies in aggregate demand during recessions. It is high time for the government to consider instituting an unemployment insurance program (see for instance HB 7028 or the PhilJobs Act of 2020 by Rep. Stella Quimbo) and give additional protection not only to the youth but to hardworking Filipino families. – Rappler.com

Fatemeh L. Halabisaz, MSc is an entrepreneur and manager as well as an independent researcher. She has experience in consulting for ERP software, in economic research for the Philippine government, and has had formal education from the Philippines, France, and the United Kingdom.

Vincent Ramos is a Master of Public Policy student at the Hertie School of Governance in Berlin, Germany. He finished his Bachelor’s degree from the UP School of Economics and his current research interests are development, innovation, and labor.