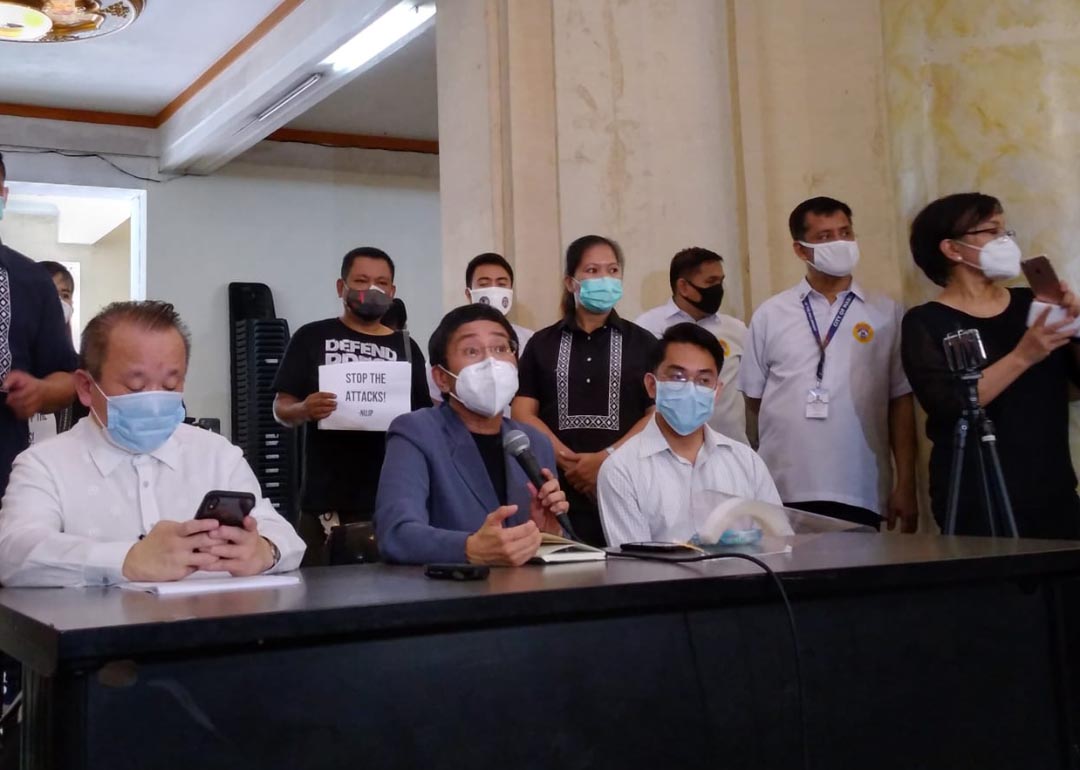 The National Union of Journalists of the Philippines (NUJP) said the trial was “a test run for the latest weapon the State can now wield to intimidate and silence not only the media but all citizens who call out government abuse.”

MANILA – A few minutes after the Manila court issued its verdict, Rappler CEO Maria Ressa told colleagues the decision is not unexpected and that they will continue fighting.

Businessman Wilfredo Keng filed the case in October 2017, or five years after the publication of the report. In its decision, the Manila court rules that the update on the article on February 19, 2014 constitutes “republication” and maintains that the testimony of Rappler senior editor Rosario Hofileña as mere hearsay. Hofileña testified in court that Rappler only corrected a typographical error in Febuary 2014 and did not make substantial changes in the story.

The court handed down an indeterminate penalty of imprisonment ranging from six months and one day to six years as maximum. Ressa’s lawyer Theodore Te said the court allowed Ressa and Santos to remain free on bail. Judge Estacio-Montesa also ordered Ressa and Santos to pay P200,000 moral damages and P200,000 exemplary damages to Keng.

Ressa faced reporters gathered at the Manila City Hall and said, “This is not unexpected…But this is the first…. plus a whole slew of tax evasion and securities fraud. I became a criminal in one year.”

Eleven other criminal and administrative charges have been filed against Rappler. Ressa posted bail eight times for her temporary liberty.

“Rappler has been under attack for four years,” Ressa said.

Ressa recalled how President Rodrigo Duterte publicly issued tirades against Rappler for its coverage on drug-related extrajudicial killings. She criticized what she calls as “weaponization of the law” against the media.

Not only about Rappler

Ressa maintained that the cyber libel case also affects ordinary citizens. “Tungkol po ito sa inyo. (This is also about you) If we can’t do our job, then your rights will be lost.”

She also called on fellow journalists “to protect your rights.”

Ressa said the shutdown of ABS-CBN was unimaginable. On May 5, the National Telecommunications Commission issued a cease and desist order against media giant ABS-CBN.

“We are then the cautionary tale. We shouldn’t even be momentarily giving up our rights,” Ressa said, citing the impending passage of anti-terror bill which critics say will further criminalize free speech and expression.

In a statement, the National Union of Journalists of the Philippines (NUJP) said the decision “basically affirms the State’s manipulation and weaponization of the law to stifle criticism and dissent…”

The NUJP added the decision is a dangerous precedent, saying that the trial was “a test run for the latest weapon the State can now wield to intimidate and silence not only the media but all citizens who call out government abuse.”

The group is referring to the anti-terror bill which contains provisions such as “inciting to terrorism.”

Altermidya, the national network of alternative media outfits said, “This guilty verdict on Rappler’s case is another blow to press freedom and free expression in the country. But this will certainly not deter the media community in resisting repression.”

“Taken as a whole, this barrage of legal cases and accusations against Rappler, ABS-CBN, and other independent journalists is clearly a part of the administration’s continuing attack against the media — with a determined aim of instilling fear among media practitioners committed to reporting the truth and holding the administration into account,” Altermidya said.

The post As court finds Rappler guilty of cyber libel, Ressa vows to keep on fighting appeared first on Bulatlat.