Attacks on peasants persist even during COVID-19 pandemic 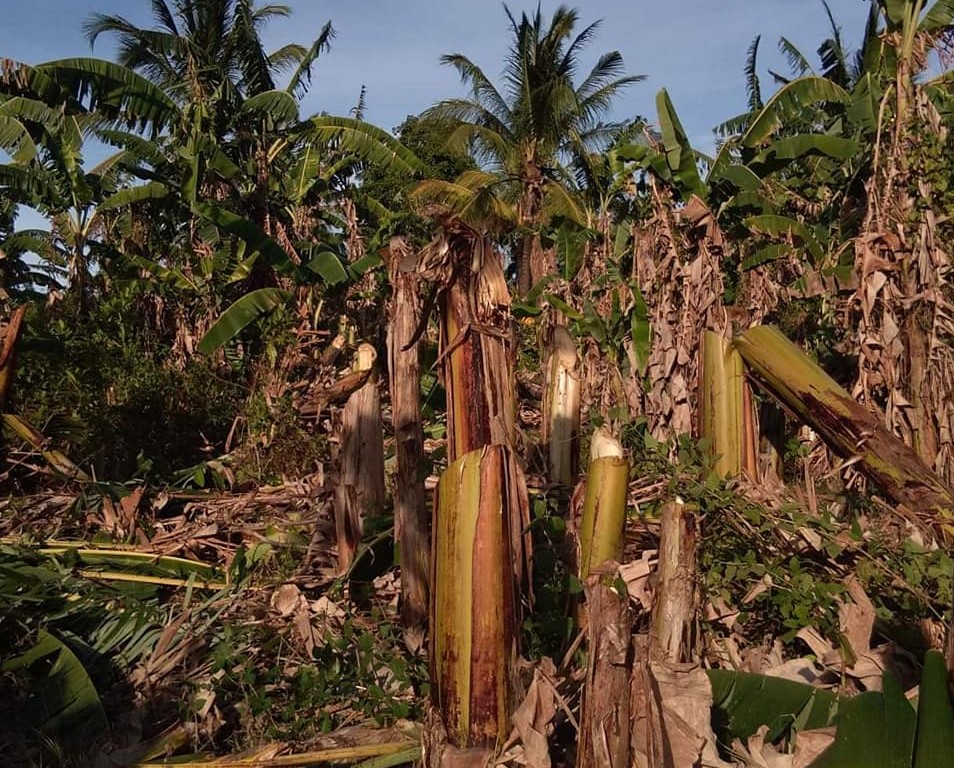 “In these trying times, what the farmers need is support and assistance to help them survive the pandemic.”

MANILA- While everyone is making themselves busy at home coming up with extracurricular activities to cope up with the coronavirus pandemic, the farmers in the country–already in hunger–are continuously harassed by big companies and military forces.

In the morning of April 18, the two-hectare banana farm in sitio Compra, barangay San Mateo,Norzagaray, Bulacan was razed to the ground by hired goons of the Royal Moluccan Realty Holdings Inc. (RRMHI), according to an alert released by Kilusang Mabubukid ng Pilippinas (KMP).

KMP condemned the cutting of bananas, saying that “a global pandemic and an economically-devastating lockdown did not stop the said realty company’s “landgrabbing.”

Marilyn Olopos-Corbit, owner of the banana farm, has been directly affected by the Luzon-wide lockdown. She is among those dependent on her farm’s produce, which she sells through the online market, Bagsakan.

Since October 2019, farmers of the Samahan ng mga Magsasaka sa San Mateo (SAMA-SAMA) have been prevented by the real estate from going to their farm plots and demolished their homes.

Other attacks committed by the state security forces against farmers and agricultural workers were also reported.

On April 15, joint forces of 79th Infantry Battalion of the Armed Forces of the Philippines (AFP) and Special Action Force ransacked the houses of farmer Quintin Palay and his relatives in sitio Odiong, barangay Bandila, Toboso, Negros Occidental, according to Amihan National Federation of Peasant Women.

Two days earlier, on April 13, Nomeriano Fuerte was arrested by elements of the 85th IBPA in sitio Tagbakin, barangay Magsaysay, General Luna in Quezon. Amihan said Fuerte was then transferred to a battalion camp in San Nicolas, Macalelon without warrant.

The next day, Fuente’s wife, Amalia, was invited by soldiers, telling her she would see her husband. She was, however, presented as a New People’s Army (NPA) “rebel returnee”, according to Amihan.

“In these trying times, what the farmers need is support and assistance to help them survive the pandemic,” Zen Soriano, Amihan national spokesperson said in a statement.

Soriano further urged the national government to provide aid to farmers instead and immediately pull out military forces in their areas to prevent further attacks.

The post Attacks on peasants persist even during COVID-19 pandemic appeared first on Bulatlat.