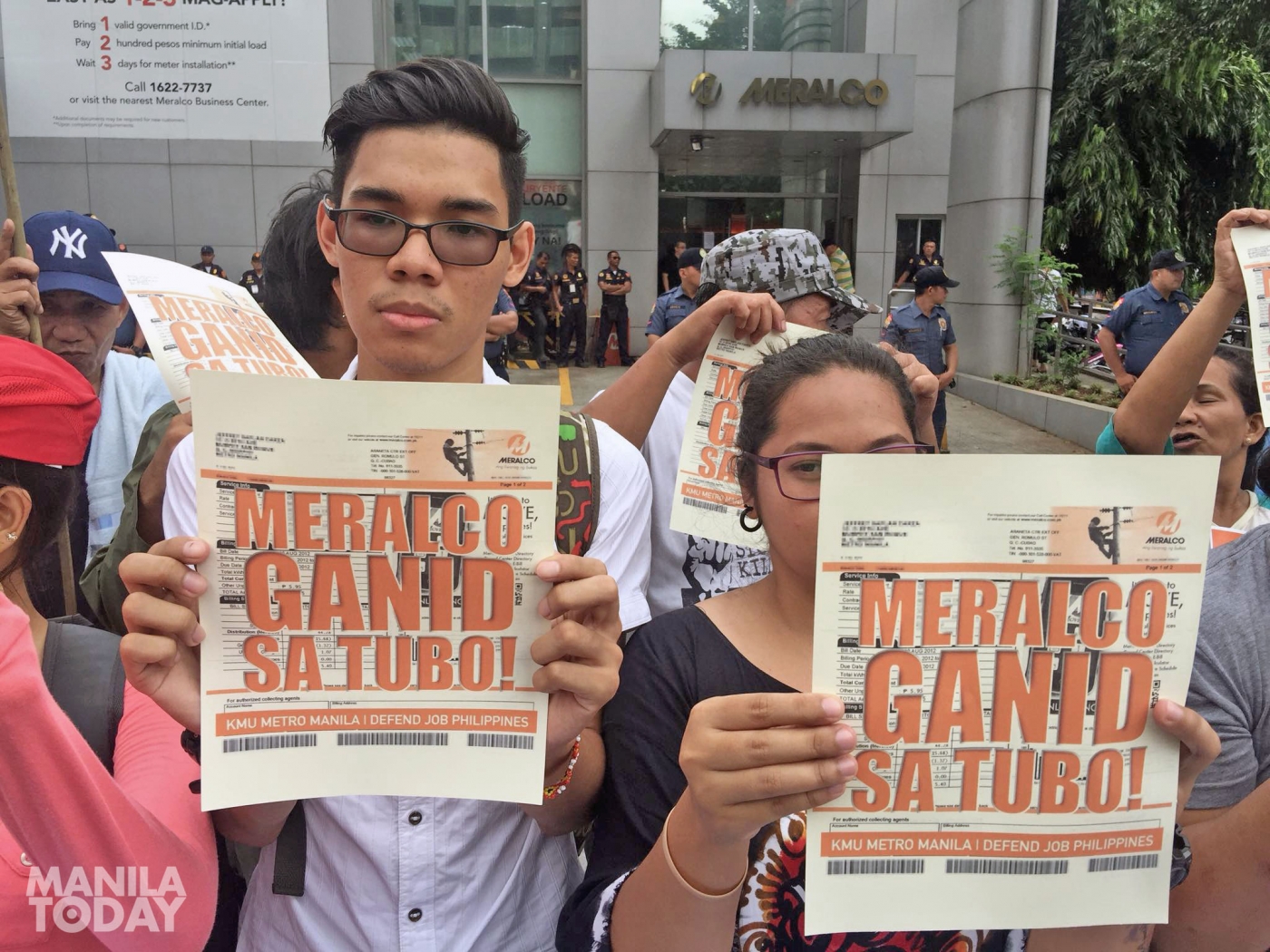 In time for the 17th  year of the Electric Power Industry Reform Act (EPIRA) today, consumer group POWER, Bayan Muna Partylist and labor group Kilusang Mayo Uno-Metro Manila held a protest rally in front of the Meralco Business Center in España, Manila. Groups doubted the announced lower power rates of Meralco for the month of June. Protesters called for the immediate junking of EPIRA as the law did not realize its objective to lessen electricity cost in the country.

Despite the announced lower power rates, the Energy Regulatory Commission (ERC) approved Meralco’s petition to increase its Feed-In-Tariff Allowance (FIT-ALL) to 25.63 centavos. The power distributor said this was due to the decline of energy reserves of the Luzon grid. The increase was expected to be passed on to the consumers.

The groups decried even a single centavo increase of Meralco on its power charges as unacceptable and unjust, given that poor Filipino workers and families have been carrying on the impact of low wages. Ordinary Filipinos also bore the brunt of high prices of basic commodities and services since President Rodrigo Duterte’s administration enforced the Tax Reform for Acceleration and Inclusion (TRAIN) Law at the start of the year.

“Another burden caused by any power rate hikes would be President Duterte’s kiss of death against our already burdened workers and people,” said Ed Cubelo, KMU Metro Manila chairperson.

KMU Metro Manila saw Meralco’s power rate hike premise as “questionable” since the power it distributes come from its own sister companies, subsidiaries and affiliates.

Zarate said that high price of coal and sharp depreciation of the peso against the dollar would be factors for Meralco customers to carry the burden of a P5.22/kWh increase from these contracts. He added that only P3.67/kWh would be the supposed average cost of the electricity generation. Zarate pointed out a P1.55/kWh overprice, which he said would cost millions of Meralco consumers P54.54 billion in additional charges yearly.

Cubelo insisted, “We urge President Duterte to immediately investigate Meralco’s 7 PSA deals and also order the ERC to immediately decline Meralco’s petition. Duterte must not allow its government be an accessory of Meralco’s greed for profit and as rubberstamp to deceive and pass on additional burden to Filipino consumers.”

“The poorest households in Metro Manila merely subsists in what NEDA knew as the average monthly budget of P10,000, which is only a few notches higher than the government’s very low poverty line. This creates an illusion that there is little poverty in the country and that the TRAIN Law has no adverse effects on the lives of ordinary Filipinos,” said Defend Job Philippines in a statement.