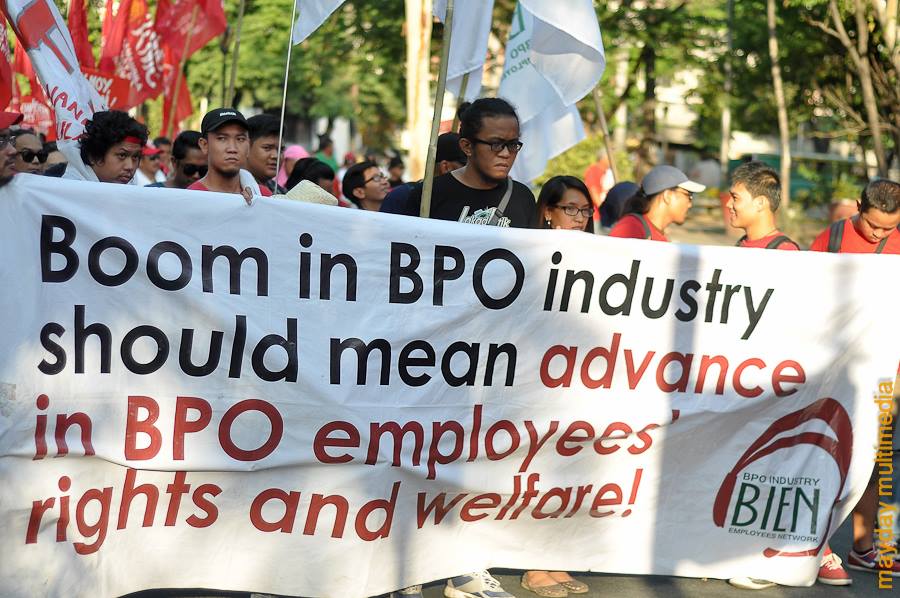 Since the declaration of the Luzon-wide enhanced community quarantine (ECQ), BIEN has been calling out on BPO companies and the government to protect the safety of the workers. Still the lack of proper transport service, inadequate near site accommodation and limited work-from-home arrangement continue to threaten many BPO workers from job loss or even in being forced to be on a “floating status.”

MANILA –When the community quarantine was announced to take effect in Metro Manila, business process outsourcing (BPO) companies were exempted from the closure and were permitted to remain open on various conditions including the provision of lodging for employees by the company, as revealed by Interior and Local Government Undersecretary Jonathan Malaya, in an interview with CNN Philippines.

Although complied by most BPO companies, BPO workers are wary of the haphazard and slow compliance by their companies that includes lack of proper lodging or other measures to protect the workers like individual headsets, adequate and safe transportation, and even food for those who are stranded.

While some companies have permitted agents to work from home, some are forced to report to the office with poor lodging provided by the company. Last April 20, Le Monde reported how workers of TelePerformance in Manila had to sleep close to each other on the floor of the office and in Cebu, a worker from the same company was reported by the Financial Times early this month to have described the sleeping quarters as “subhuman.”

If they would not report for work they would not receive any wage, according to a statement by UNI Global Union, a federation of unions representing 20 million service industry workers in 150 countries.

Cherry Rose Cueva and Emerson Bonifacio both work for a back office of different US-based health insurance companies, evaluating patient records for health care coverage. Both were permitted by their respective companies to work from home.

“It took a while for them to decide whether we would be allowed to work from home,” said Bonifacio.

“They have to get the permission from the principal because there are a lot of factors to consider like the HIPAA Law (Health Insurance Portability and Accountability Act) which strictly protects the privacy of their clients,” said Cueva.

Before the company decided that they work from home, they were forced to report to the office, otherwise they would not be able to get their wage for those times that they did not go to work.

In a statement, Mylene Cabalona, president of the BPO Industry Employees Network (BIEN), revealed that because of the exemption of the industry from the quarantine, BPO workers face various risks including displacement and loss of their jobs, not to mention the risk of exposing themselves to COVID-19 when commuting to work.

Since the declaration of the Luzon-wide enhanced community quarantine (ECQ), BIEN has been calling out on BPO companies and the government to protect the safety of the workers. Still the lack of proper transport service, inadequate near site accommodation and limited work-from-home arrangement continue to threaten many BPO workers from job loss or even in being forced to be on a “floating status.”

Aside from these, the low volume of work and calls catered by BPO companies have forced them to dismiss workers, especially those on a project basis.

“We have received reports of workers being placed in floating status because of account closures. There are also companies who have already issued notices of retrenchment also because of the impact of COVID-19 on businesses and economies that BPO in the Philippines service abroad,” said Cabalona.

“Thus apart from workers right to (a) safe workplace, workers’ right to security of tenure must be upheld at this time,” she added, reiterating the need for the government and companies to “ensure that adequate safety measures and logistical support is provided to workers so they can continue to work.”

Cabalona added that because BPO workers are not immune to loss of job at this time of a global health crisis, the government’s social amelioration program must be extended to displaced BPO workers.

“Contrary to common knowledge, most BPO workers also live paycheck to paycheck and no-work no-pay during ECQ also leaves them with nothing,” Cabalona said.