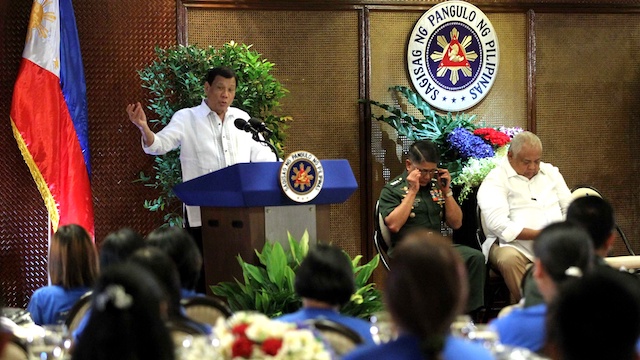 (UPDATED) They are mostly members of the ‘politicial structures’ of the communist movement, the people who supposedly serve as militiamen or the local population who supplement the strength of the NPA 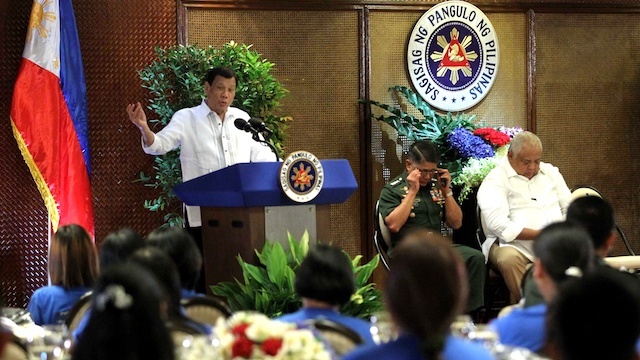 MANILA, Philippines (UPDATED) – Armed Forces of the Philippines (AFP) chief of staff General Rey Guerrero said about 1,000 communist rebels surrendered since the start of the year, and most of them are supporters of the communist armed group New People’s Army (NPA), not the regular combatants themselves.

Guerrero said they are mostly members of the “political structures” of the communist movement, the people who supposedly serve as militiamen or the local population who supplement the strength of the NPA.

“We have neutralized about 1,000. On the average, we neutralize 24 of them – mostly surrenderees – per day,” Guerrero said on Thursday, February 8.

“Out of about 1,000 [the military neutralized], 980 are surrenderees. About 800 of them are not regular combatants. They are part of the underground organization, the political structures,” Guerrero said.

Guerrero said the militiamen are typically the sources of the NPA’s regular cadres or their combatants.

PH military chief General Rey Guerrero says about 1,000 communist rebels surrendered since the start of the year. They are mostly supporters of NPA, not the regular combatants themselves. CPP denies there is mass surrender among members @rapplerdotcom pic.twitter.com/ozq8y7tQ63

At the start of the year, the military said the NPA has 3,700 fighters. It vowed to reduce its strength by half by yearend.

Guerrero said the mass surrender of members of CPP’s political structures is important in defeating the rebel group.

“They are party members who are based in the barangays. These are the sources of their regular cadres or their combatants. It’s so significant to also reduce the strength of their manpower,” Guerrero said.

“This is an indication of the waning influence of the NPA in the communities. This is brought about by the hardships being experienced by the surenderees. It is making them think twice about remaining as NPA,” he said.

The Communist Party of the Philippines (CPP) denied there is mass surrender in the wake of President Rodrigo Duterte’s decision to scrap the peace talks. It dismissed the military pronouncements as PR gimmicks.

“The surrender of a few individuals form part of the realities of war. This, however, does not represent a trend nor does it negate in any way the reasons that compel more and more Filipinos to rise up and resist in various forms of struggle, including the armed struggle,” the CPP said in a statement on Thursday.

On the contrary, CPP said Duterte is “becoming the No. 1 recruiter of the NPA” because of “burdensome economic policies, clampdown on protests, brutal Oplan Kapayapaan, and furious drive to perpetuate itself in power through charter change.”

The CPP said the military is engaged in a “money-making racket,” where “field commanders recycle surrendered weapons and come up with ghost NPA surrenderees” who are mostly village folks falsely tagged as NPA members.

But Guerrero said the military has a strict screening process. “There is a validation process,” he said.

Duterte tagged communist rebels as terrorists after he scrapped the talks. He called on them to surrender, promising to offer housing and livelihood assistance to help them start new lives.

About 100 surrenderees were brought to Malacañang to see Duterte on Wednesday, February 7, where he praised the military and trashed CPP founding chairman Jose Maria Sison.

“For the military, it’s a sacrifice. They sacrifice in the line of duty, just like you. What are you waiting for to happen? Who is your god, Sison? Where did his sacredness come from? He is imparting the knowledge that he gained from all the books that he read. He is teaching fools like him. And then you follow him and die for his cause,” Duterte said during his speech.

Sison earlier ordered communist rebels to continue attacks against the government to force it to resume the peace talks. In response, Duterte ordered the military to kill 5 rebels for every soldier killed.

Duterte scrapped the talks when negotiators of the government and the communist rebels were supposedly nearing a breakthrough and were looking forward to completing an agreement to end the armed struggle within the year.

Duterte said he didn’t like where the talks were going.

The NPA and their supposed “front organizations” were additional target laid out in the implementation of the extended martial law in Mindanao, where communist presence is strongest.

The military previously only processed surrenderees who brought their arms with them. It now also receives those without arms.

Before becoming chief of staff of the Philippine military, Guerrero served as commander at the center of gravity of CPP in the Philippines. He was chief of the Eastern Mindanao Command. – Rappler.com