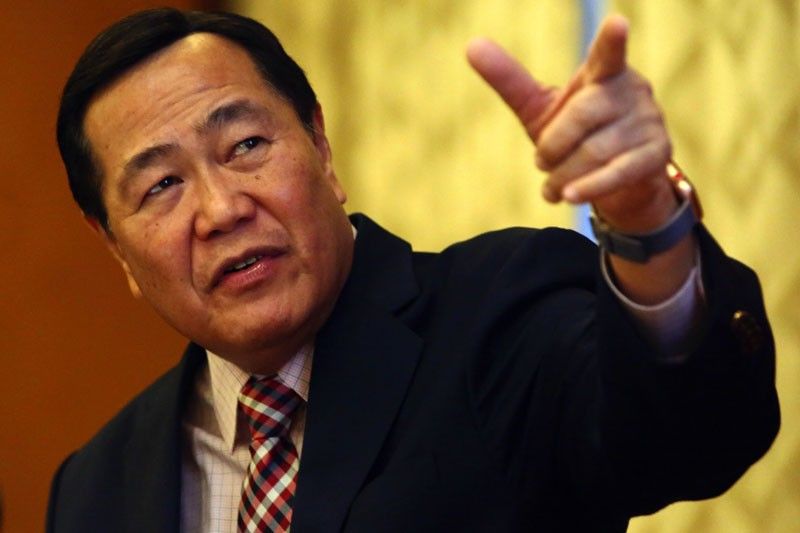 President Duterte himself has become one of the obstacles to the enforcement of the Philippines’ victory in the arbitral court by spreading his false notion that China is in control of the West Philippine Sea (WPS), said retired Supreme Court Associate Justice Antonio Carpio.

In a stinging rebuke of the President’s latest remarks on the maritime dispute, Carpio called on the public to rouse Duterte from his “deep sleep” by reminding him that the Philippines is the sole owner of the resources within its 370-kilometer exclusive economic zone (EEZ).

During his weekly televised address on Wednesday night, the Chief Executive spoke highly of Beijing anew, insisting that Filipinos “owe [China] a debt of gratitude” for providing vaccines against COVID-19.

But while China indeed donated 1 million vaccines to the country, the Philippines also placed an order for 25 million doses from Chinese pharmaceutical firm Sinovac Biotech, but only 10 percent has been delivered.

Carpio said that while it was natural for China to reject the 2016 arbitral award, it was “totally unexpected” that the Philippines’ highest leader would pose challenge in implementing the country’s landmark victory.

The retired magistrate noted that the President had previously announced that he would “set aside” the arbitral court decision in exchange for up to $24 billion in investments and loans from China.

“But less than 5 percent of these loans and investments have materialized and nothing more is expected since Duterte’s term of office will expire in June next year,” he said.

Moreover, Duterte also prevented the Philippine Navy from conducting patrols in the country’s EEZ and said he had a verbal agreement with Chinese President Xi Jinping that allowed the Chinese to fish in Philippine waters.

“All these challenges to the enforcement of the [arbitral] award, coming from President Duterte himself are, of course, grave and serious self-inflicted blows on the national interest of the Philippines,” he said.

Carpio, whose legal expertise was a key factor in the Philippines’ victory in the arbitral tribunal, suggested that the Philippines enter into an agreement with four other Association of Southeast Asian Nations (Asean) member-states that also have claims in the South China Sea—Vietnam, Indonesia, Brunei and Malaysia.

He said the Philippines should urge Indonesia, Malaysia and Vietnam to bring their own separate complaints against China in the arbitral court in The Hague contesting China’s claim to “traditional fishing rights” in their respective EEZs.

“These Asean states will have their own rulings that will be binding on China. These rulings will fortify and reinforce the award [to the Philippines],” Carpio said.