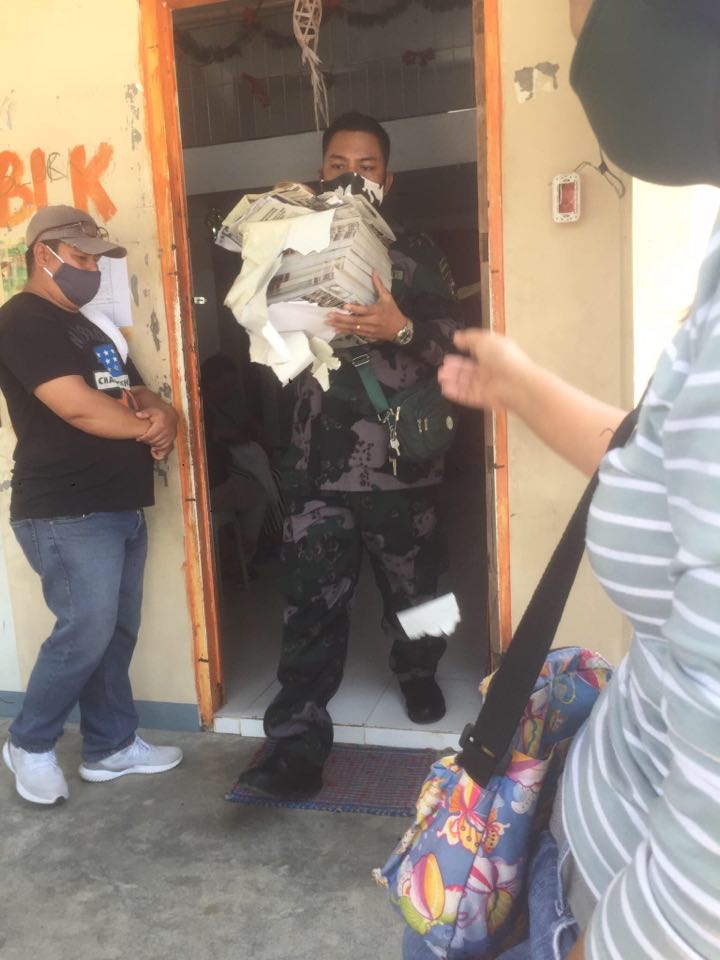 According to a statement released by Pinoy Weekly, at least eight local police officers went to the Kadamay office in Villa Lois public housing in Pandi, Bulacan at about 9:30 in the morning, and raided the housing unit without a search warrant. They arrested Kadamay member Rose Fortaleza without presenting any warrant.

According to Kadamay, Fortaleza remains detained at the Pandi Municipal Police Station without any formal charges filed against her.

Pandi police chief Jun Alejandrino, head of the raiding team, claimed that Pinoy Weekly is “illegal” and is “teaching the people to fight the government.” Alejandrino even told members of Kadamay to just give up the copies or else, “something will happen.”

Pinoy Weekly called out the Pandi police for being “ignorant of the law.”

“What the PNP [Philippine National Police] apparently wants is to stifle all critical voices and opinions. What Alejandrino and his men did was an act of tyranny,” said Pinoy Weekly Editor-in-Chief, Kenneth Guda.

“We will not be silenced and will fight this blatant act of repression,” Guda said.

Altermidya, the national network of alternative media outfits, condemned the police’s move. “To claim the publication as “illegal” and use it to arrest a citizen is a blatant attack on press freedom,” the group said.

In a separate statement, the National Union of Journalists of the Philippines also denounced the illegal seizure and said that the raid is just ‘a preview’ of future abuses that can be done under the Anti-Terrorism Law of 2020.

“The law’s vague provisions grants too much leeway for interpretation by agents of the state who mistakenly believe their mission is to stifle criticism and dissent, not protect these as part of the people’s basic rights,” NUJP said in a statement.

NUJP also demands for the Philippine National Police to immediately investigate the violation of the law done by their own personnel.

“Be the law enforcers you are sworn to be and not breakers of the law you are supposed to enforce,” the group added.