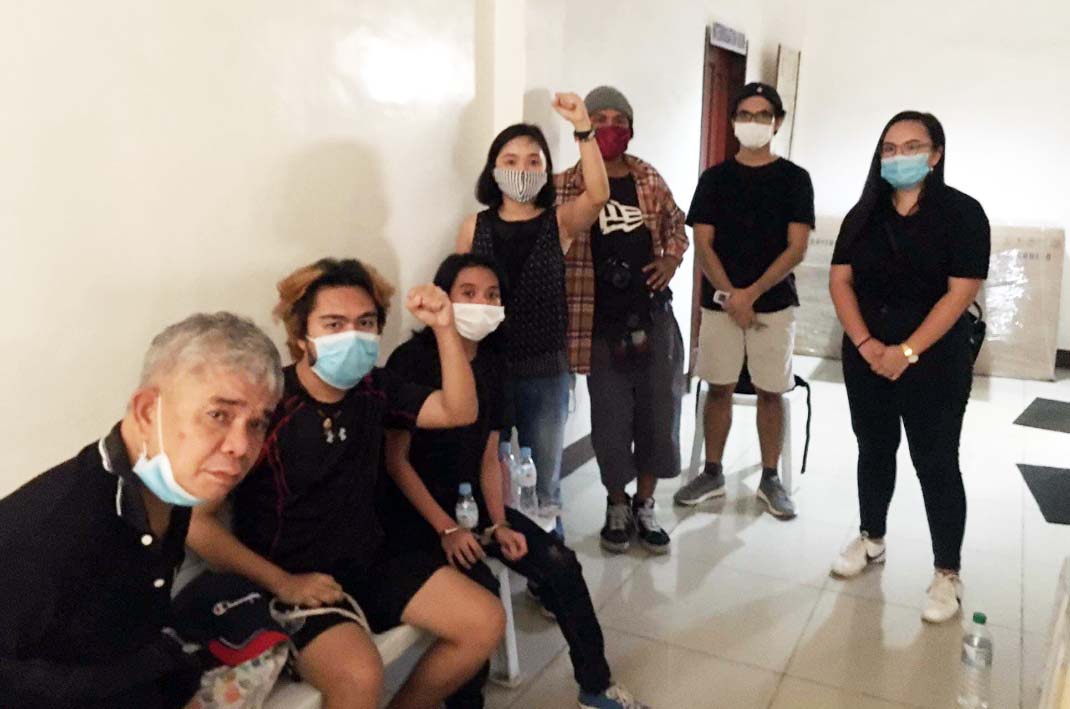 MANILA — Elements of Special Weapons and Tactics Team (SWAT) of the Cebu police forcibly entered University of the Philippines-Cebu compound this morning and arrested seven while holding a protest action against the Anti-Terror Bill.

According to reports from College Editors Guild of the Philippines (CEGP) Cebu and Tug-ani, student publication of UP-Cebu, heavily-armed policemen arrived outside the UP-Cebu vicinity and warned the protesters they would be dispersed if they would not stop their program in five minutes.

@upcebutugani captures the scene inside UP Cebu campus this morning. SWAT members going after protesters despite the prohibition on the presence of police & military inside UP. pic.twitter.com/88pFFx4dHL

The protesters had just stood up from kneeling in solidarity with the #BlackLivesMatter protests when police began to disperse them. Arrested were Jaime Paglinawan of Bagong Alyansang Makabayan-Central Visayas, Joahanna Veloso of National Union of Students of the Philippines, Al Ingking a UP alumnus, Bern Cañedo of Youth Act Now Against Tyranny Cebu, Dyan Gumanao of Kabataan Partylist, Nar Porlas of Anakbayan UP Cebu, and Janry Ubal from Food Not Bombs Cebu. They are now detained at Camp Sotero Cabahug.

The Enrile-Soto Accord prohibits state security forces from entering UP campuses without permission.

As of this writing, other protesters are currently trapped inside UP Cebu as heavily-armed SWAT remain outside the campus.

No formal charges have been filed against the seven protesters, as of press time.

CEGP condemned the arrest. “Duterte’s police and military are using militaristic approach instead of heeding the people’s demands,” the group said.(Reports from Tug-ani and CEGP-Cebu)