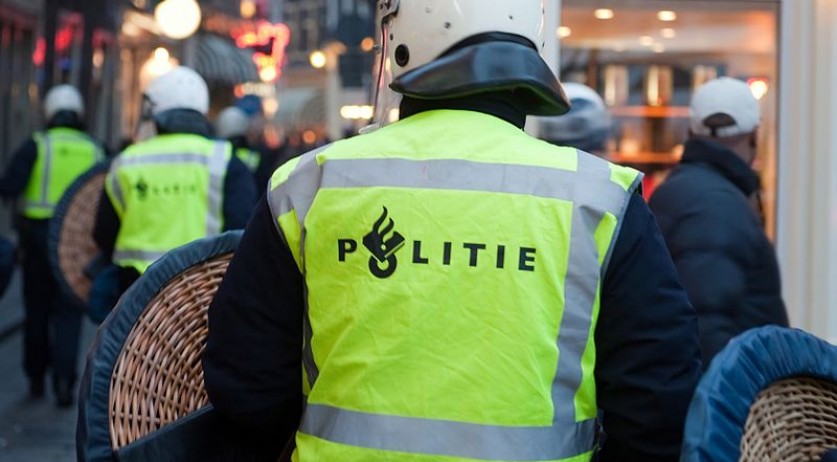 After illegal protests in Eindhoven and Amsterdam on Sunday, the evening brought riots and unrest in at least 10 other municipalities. Riot police had to intervene in The Hague, Tilburg, Venlo, Helmond, Breda, Arnhem, Apeldoorn, and Stein, among others. “It is terrible,” Hubert Bruls, chairman of the Security Council and mayor of Nijmegen said to Op1. “This is not demonstrating, I would call these corona hooligans.”

After the illegal demonstration on the Museuplein in Amsterdam, a total of 190 people were arrested, including seven minors. The police estimate that around 1,500 people were at the protest. Extra security was placed around mayor Femke Halsema’s home on Herengracht, with the police cordoning off the area around her home, AT5 reported.

In Enschede, the Medisch Spectrum Twente was pelted by stones, and rioters unsuccessfully tried to smash the hospital’s windows, a spokesperson for the hospital said to NOS. Extra security was deployed. “Around this time, it is the change of evening- and night shifts for the hospital staff. Security is there to be on the safe side, so that colleagues know they can safely enter and leave the hospital,” the spokesperson said.

Earlier, dozens of people gathered on the Oude Markt in Enschede to demonstrate against the coronavirus measures, according to RTV Oost. Fireworks were set off and the riot police ultimately dispersed the crowd.

In The Hague neighborhood of Schilderswijk, a large group gathered on Hobbemastraat and set a fire, a police spokesperson said to Omroep West. The riot police were deployed to restore public order and the situation was well under control by around 9:30 p.m., half an hour after the start of curfew, the spokesperson said.

Groups of people also gathered in Oosterhout and Breda to commit vandalism, the police said on Twitter. “Anyone who is outside without a valid statement will be fined.” In Helmond, people were called to demonstrate against curfew on social media platform Snapchat, a police spokesperson said to NOS. “About 50 young people came, fireworks and stones were thrown at the police.”

In Roermond, rioters vandalized a shopping center and at least one cop sustained minor injuries. In Stein things got so out of hand that the Koninklijke Marechaussee, a policing force that works as part of the Dutch military, had to be deployed.

In Arnhem and Apeldoorn, fireworks were set off and the riot police were deployed, Omroep Gelderland reported. Calm restored in the municipalities after curfew started. Fines were handed out in both places.

In Tilburg, the riot police had their hands full until after midnight. 19 rioters were arrested and the mayor issued an emergency degree. There was also an incident near the Wandelboslaan in Tilburg, where fireworks were set off and traffic signs and lamp posts were pushed over, according to Omroep Brabant.#