Did US soldier really serve jail time in US facility? No one knows, say progressives 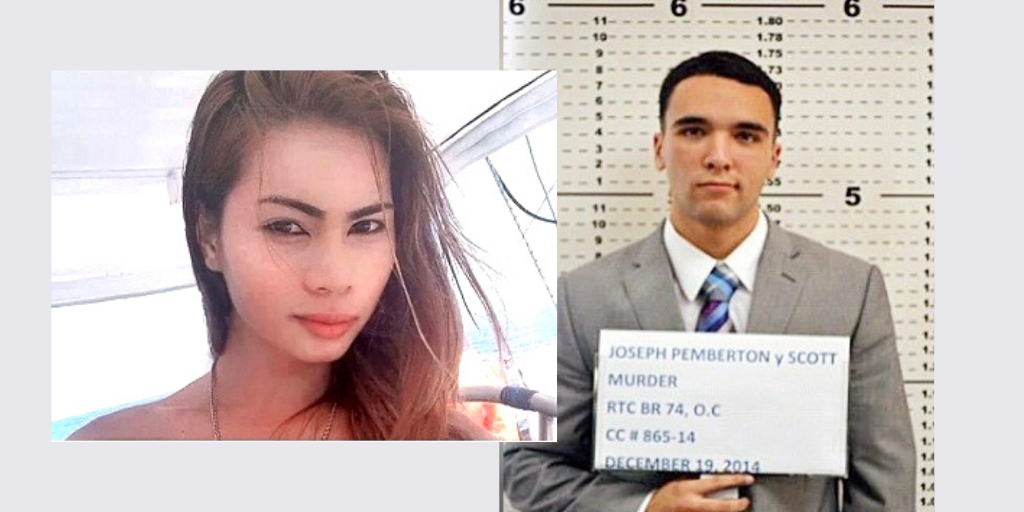 MANILA – Progressives assailed the impending release of US Marine Joseph Scott Pemberton who was convicted by a Philippine court over the killing of a Filipino transwoman, saying that no ordinary mortal truly knows if he really served jail time for almost six years let alone deserve an early release due to good conduct credits.

Pemberton, who was convicted over the 2014 killing of Jennifer Laude, was granted an early release from jail after an Olongapo court approved his full credits of the controversial Good Conduct Time Allowance (GCTA).

However, women’s group Gabriela said that from day one, Pemberton has enjoyed special treatment as a result of the lopsided Visiting Forces Agreement. While detained inside the exclusive US facility inside Camp Aguinaldo, where, the group said, only US personnel or Philippine government officiasl with clearance can see him. The facility is an airconditioned converted container van, which had served as office for the Mutual Defense Board-Security Engagement Board (MDB-SEB).

Read: Edca: a tale of secrecy, murder and betrayal

In a statement, Bahaghari said freedom for Pemberton “represents the unfettered violence and injustice the LGBTQ+ community continues to face” and “symbolizes the Philippine government’s continued submission to US imperialism.”

“Under the VFA, if a US soldier brutally murders a transgender woman in Philippine soil, they would ultimately roam free after as little as 6 years of incarceration,” Bahaghari said.

Human rights lawyers from the National Union of Peoples’ Lawyers said the impending release of Pemberton is “a cheap price to pay for the country’s sovereignty and national dignity.”

Read: Quest for justice for Jennifer entails standing up to a superpower – Laude fiancee

NUPL President Edre Olalia said that while they are fine with reformative measures in the country’s prison system, “what takes the cake is that many other helpless and hapless yet deserving persons deprived of liberty are made to wait.”

“But we could not in conscience accept a foreign serviceman given special treatment and extraordinary privileges from the get go for a monstrous crime and then – when everybody is distracted and distressed – springing a surprise on us all by walking by virtue of contrived ‘good conduct’ while isolated and sheltered from the native hoi polloi,” said Olalia.

Read: Four Years of Treaty Violations | Erring U.S. troops are scot-free while critics get the axe

Pemberton’s possibility of soon walking free from a US military facility here in the Philippines came in the heels of a still pending petition before the Supreme Court, which asked for the release of prisoners, including scores of political detainees, who are vulnerable amid the COVID-19 pandemic.

Olalia lamented that while Pemberton is ordered freed, “persecuted political prisoners are still in limbo, denied for months of their pleas for a reprieve if only to avoid the curse of the pandemic for them.”

He was referring to the petition for release of sick and elderly political prisoners, which was filed with the Supreme Court on April 8.

He said, “what makes it even more atrocious is that his entitlements and liberty were apparently politically bartered through an onerous and servile military agreement.”

Bahaghari maintained that Duterte suspended the VFA’s termination in exchange for military aid from the US, and for its support of the Anti-Terrorism Law.

“The VFA and ATL are, in fact, quid pro quo for continuing US military aid for Duterte. Hence, we assert that the Visiting Forces Agreement, which has enabled and exacerbated injustice for Jennifer Laude to the greatest extent and which continue to serve as Duterte’s offerings in his ploy for continued US subservience, must be finally abolished to bring justice for our slain sister,” the group said.

The post Did US soldier really serve jail time in US facility? No one knows, say progressives appeared first on Bulatlat.