Drug suspect missing for over 2 years 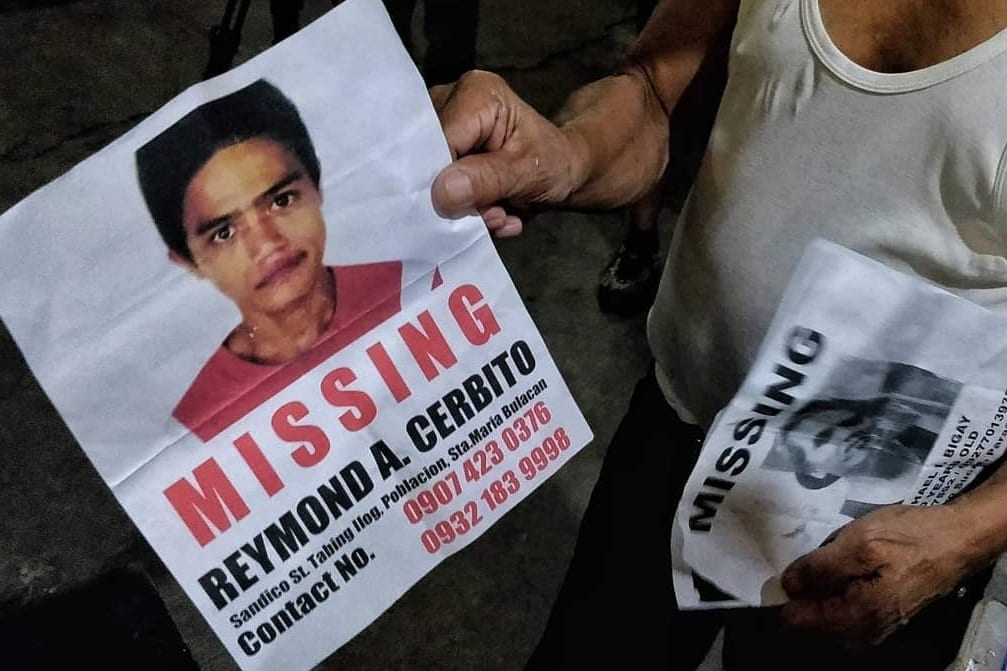 MANILA – – In the midnight of April 27, 2018, Reymond Cerbito went out of their house in Santa Maria, Bulacan to buy something from the nearby sari-sari (variety) store. He never came back.

The 20-year-old father of two mysteriously disappeared during the height of President Duterte’s campaign against illegal drugs.

His mother Marina searched for him everywhere, from all over Bulacan up to Caloocan City. They went to police stations, jails, morgues, funeral homes but to no avail. They also posted pictures of him with the family’s mobile number, hoping that someone might know his whereabouts. The family even sought the assistance of Caloocan Bishop Pablo Virgilio David. Until now, however, they remain groping in the dark.

Enforced disappearance is the most cruel form of human rights violation – with victims forcibly taken outside the protection of law and at the mercy of their captors. Their loved ones, on the other hand, experience anguish over the unknown whereabouts of the disappeared.

Today, August 30, is the International Day of the Disappeared, which aims to draw attention to how the crime of enforced disappearances is used by the powers-that-be to spread terror.

Cerbito is among the countless victims of the Duterte administration’s “war against illegal drugs,” which only targeted the poor, according to its critics.

In a phone interview with Bulatlat, Cerbito’s aunt Leah (real name withdrawn upon request) said her sister has never stopped searching for her son for more than two years already.

“Is he still alive or is he dead? Is he in prison? We want to know,”she said in Filipino. With the lockdown, the search has become even more difficult.

Leah admitted that Cerbito would peddle small amount of illegal drugs to earn extra income. He made a living by looking after vehicles in a parking lot of a commercial area.

“Even drug users have the right to live. They shouldn’t be killed like animals,” Leah said.

Leah said Cerbito left behind his two children who were two years old and two months old at the time of his disappearance. The older one, now four years old, is being taken care of by Marina while the youngest is with Cerbito’s wife.

“He may be ‘pasaway’ (stubborn) but he was a loving son, husband and father,” Leah said.

Leah said their only wish is for the abductors to surface Cerbito, dead or alive.

In its June report, United Nations High Commissioner for Human Rights Michelle Bachelet noted that Duterte’s campaign against illegal drugs resulted in extrajudicial killings and “there has been near impunity for such violations.”

Independent estimates said that more than 20,000 were killed due to Duterte’s so-called “war on drugs.”

The post Drug suspect missing for over 2 years appeared first on Bulatlat.