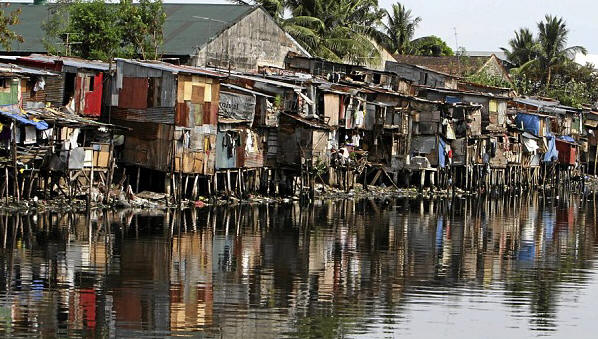 IBON Feature – The Duterte administration’s second full year in office sees the people’s condition worsening and the need for genuine reforms even more urgent. The government is however digging in its heels and pushing more harmful neoliberal measures that aggravate the people’s plight instead of implementing policies that overcome economic backwardness.

Filipinos struggle to cope with fast increasing prices and workers’ wages continue to erode. The National Capital Region has the country’s highest minimum wage but even this has eroded by about Php17 since Duterte took office.

The agriculture sector has been shedding jobs for the last five years including a huge 723,000 lost in April 2018 from the same period the year before, drastically bringing agricultural employment down to just 9.8 million. Underemployment meanwhile swelled by 466,000 to 3.2 million people over the same period, showing wage insufficiency. Meanwhile, there remains over 50% of total underemployed who are part-time workers or working 40 hours or less.

IBON estimates over 60 million poor Filipinos from living off Php125 or less per day. The 21 million Filipinos the government considers poor according to its absurdly low poverty threshold of Php60 are better understood as those living in extreme poverty. The highest poverty incidence, by this standard, is among farmers and fisherfolk.

Unsympathetic to the people

The neoliberal market-oriented policies of the Duterte administration in its Philippine Development Plan 2017-2022 are designed to support the profits of local and foreign big business. On the other hand, they worsen the people’s situation and aggravate the country’s agricultural and pre-industrial backwardness and neocolonial character.

The administration’s centerpiece Build, Build, Build program uses public funds and resources for infrastructure projects that big foreign companies and local oligarchs can profit from. While the government claims that the program benefits the poor, infrastructure spending is perversely concentrated in regions with the lowest poverty. For instance, over Php343 billion worth of flagship projects are concentrated in the National Capital Region (NCR) where poverty incidence is the lowest but the Autonomous Region of Muslim Mindanao (ARMM), which has the highest poverty incidence, accounts for just Php5.4 billion worth of projects. Thousands of communities also stand to be displaced by the grand infrastructure program.

The Tax Reform for Acceleration and Inclusion (TRAIN) Package 1 meanwhile lowers taxes paid by the few rich and makes up for this by increasing consumption taxes paid by the majority including millions of the country’s poorest households. TRAIN-aggravated inflation has already eroded the incomes of the poorest Filipino families who are pushed deeper into poverty. The unconditional cash transfers (UCTs) supposedly meant to help the poorest 50% of families cope with the higher taxes are very delayed and over two million households even remain unidentified to date.

The government also continues to recklessly open up the economy to foreign capital which jeopardizes long-term national economic development. It seeks to amend the Public Services Act to open up vital utilities like communication and transportation. The Foreign Investment Negative List (FINL) will be shortened even more. It is also out to change the 1987 Constitution itself and remove important controls on foreign investment in natural resources, public utilities, education, mass media and advertising. These will not just continue but complete the neoliberal overhaul of the country’s economic policy regime. Yet, as it is, the economy has received scant benefits from foreign investment which needs to be regulated according to a strategic plan for national industrial development.

Two years is long enough for the Duterte administration to start taking steps towards real change to develop the economy and improve the conditions of the people. Instead, it has solidly established its pro-business and pro-foreign capital credentials under the guise of free market orientation. It has also been unabashed in heavy-handedly using force and intimidation to advance a neoliberal economic agenda. This will keep the economy underdeveloped and the people in a raging crisis of joblessness and chronic poverty.

Yet reforms have long been proposed by social movements, taken up in peace talks with armed revolutionary groups, and even articulated by government anti-poverty agencies. This includes free land distribution, support for farmers, and broad-based rural development. This improves equity in the countryside, raises rural incomes, spurs demand, and stimulates economic activity. Developed agricultural and rural areas in turn are a solid base for expanding Filipino-owned industries. National industrialization is the key strategy for ensuring stable employment, decent and rising wages for the working people, and continuing productivity gains over the long-term. – IBON Feature