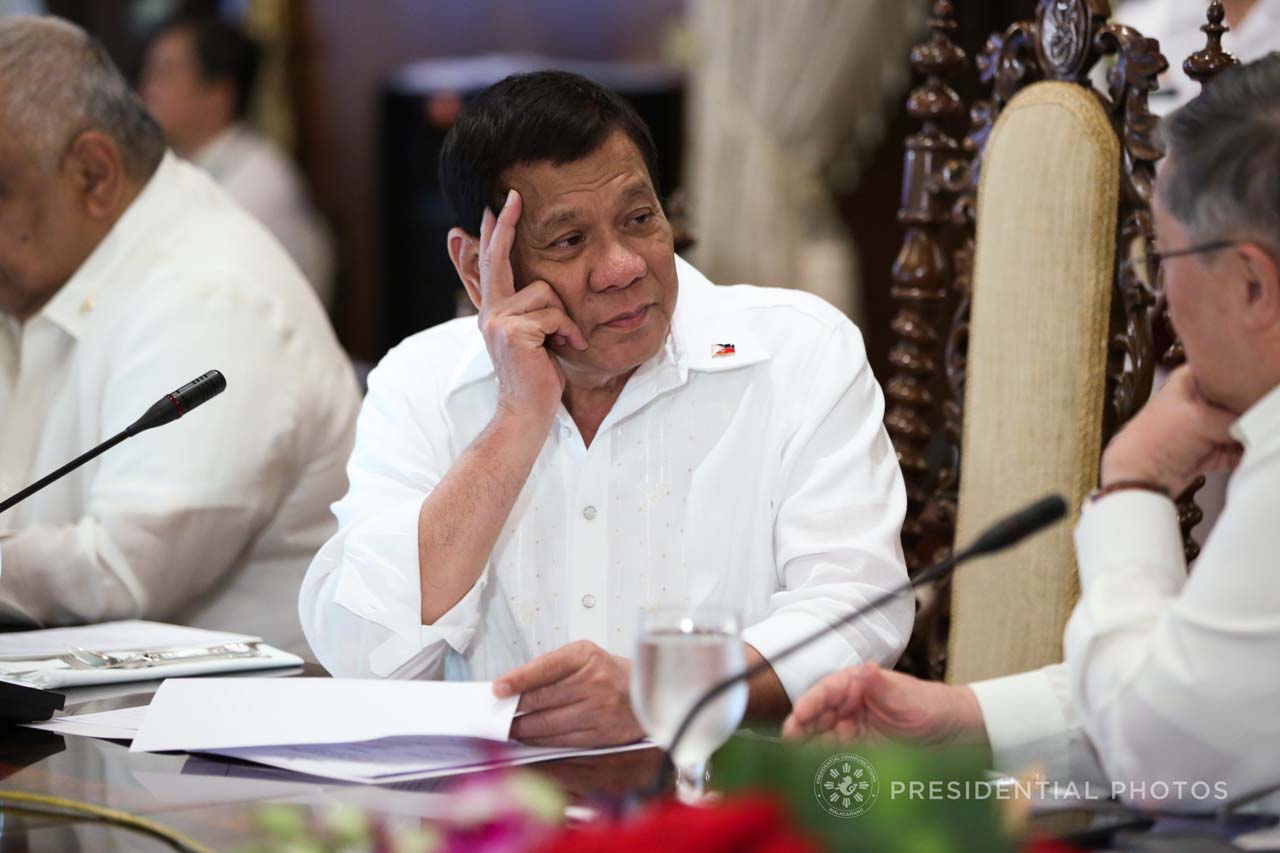 Tax reform measure to generate P130 B to fund infra, other projects

The proposed Tax Reform for Acceleration and Inclusion (TRAIN), the first of four tax measures sought by President Duterte, is expected to go full steam in creating a more just, simple, and effective system of tax collection once it is signed into law after both houses of Congress ratified it late Wednesday night.

Under the TRAIN, the rich will have a bigger tax contribution and the poor benefitting more from the government’s programs and services.

The measure, once signed into law, is expected to generate P130 billion, which will fund the Duterte administration’s “Build Build Build” program, construction of public school facilities, and potable drinking water supply in public places, among others.

The TRAIN proposes to exempt from income tax persons who receive P250,000 earnings in a taxable year. It also raised to P90,000 the tax exemption for 13th month pay and other bonuses received by salaried workers.

Small businesses with total annual sales of P3 million and below will be exempted from paying value-added tax.

However, in order to raise foregone revenues due to the tax benefits, government pursued the TRAIN that would more than cover what will be lost in tax earnings.

House Majority Leader and Ilocos Norte Rep. Rodolfo Fariñas said that among the other provisions harmonized by the Bicameral panel are the following:

At the House of Representatives, TRAIN was ratified despite strong objections over quorum.

On a quick “ayes” and “nays” vote, Deputy Speaker and Batangas Rep. Raneo Abu declared that there was unanimous approval of the Bicaneral Conference Committee report on the TRAIN at past 10 p.m., with only a handful congressmen present.

ACT Teachers Party-list Rep. Antonio Tinio, a senior member of the Makabayan bloc that recently severed ties with the Duterte administration, quickly rose to object to the motion to ratify the harmonized version of the TRAIN due to lack of “warm bodies” at the plenary.

Unable to stop the ratification, Tinio said the Makabayan bloc will question it before the Supreme Court.

“Since there was no quorum and no actual vote was taken, the alleged ratification is clearly invalid,” he stated.

Interviewed by reporters, Tinio said the plenary proceeding was a “total farce and travesty of the so-called representative democracy.”

He pointed out that there were not even 30 congressmen present when the TRAIN bill was ratified.

“Nasa Christmas party ng PDP-Laban sa Sofitel ang karamihan, kasama mismo si Duterte. GanyansaKongreso –“may boto kahit walang tao, pagpa-party sa five-star hotel habang nag papataw ng pahirap sa mga buwis sa mamamayan (Most were at the PDP-Laban Christmas party in the company of Duterte. That’s how it is in Congress, they vote even without members who were partying in a five-star hotel as they impose new taxes that would burden the people),” Tinio lamented.

Albay Rep. EdcelLagman, head of the Magnificent Seven minority group, backed Tinio’s protest, saying that the objection on quorum should have been heeded by Abu since this takes precedence over all other issues on the floor.

At the Senate, senator voted 16-4 to ratify the proposed TRAIN which aims to produce more revenues for the government by raising excise taxes on fuel, sugar-sweetened beverages, and automobile, among others.

Senators resorted to nominal voting after objections were raised by some of them.

Angara, chair of the Senate Ways and Means Committee, said the approval of TRAIN “would be the best gift that the government can give to Filipinos for Christmas.”

The ratified TRAIN, Angara said, contains provisions that ensures “further reduced” income tax rates. It also increases the take-home pay of minimum to middle-wage earners and raises the tax exemption for 13th-month pay and other bonuses.

Gordon noted TRAIN failed to justify how the profits will benefit the military. He, however, later voted “yes”after he was assured that 13 percent of the earnings will fund the needs of the soldiers, such as additional equipment.

Aquino, in explaining his vote, said the increase in excise taxes would burden consumers as prices of goods would be affected

Delay in the submission of the bicameral report was blamed on a deadlock between senators and congressmen in connection with the coal tax issue.

Deputy Speaker and Marikina City Rep. Miro Quimbo said a senator has proposed the repeal of a law exempting local coal from taxes but did never get off.

“It was clear to us that any repeal of an industry incentive is better taken up in Package 2 of the TRAIN,” Quimbo said.

Quimbo, former chairman of the House Committee on Ways and Means, said the House contingent merely agreed to allow the removal of tax exemption for locally produced coal by imposing excise tax on all similar products, whether local or imported.

“Coal will not be exempted. It will be subjected to a new excise tax that is 500 percent higher than before the TRAIN,” he added.

The Senate version of the bill provides for the imposition of P300 excise tax on coal, up from P2 per metric ton.

The two panels agreed to a compromise that would impose excise tax of P50 per metric ton in the first year of implementation; P100 in the second year; and, P150 in the third and succeeding years.

Under Presidential Decree No. 972, the current law in place, local coals are exempt from any form of tax, including excise tax, value-added tax, and customs duties.

Minority Leader and Quezon Rep. Danilo Suarez, who represented the House contingent in the Bicameral panel, said the House representatives have maintained a rejection of any hike on taxes imposed on coal.

Disgusted that the Bicam committee finally agreed to cut the proposed P300 excise tax imposition by 50 percent, Suarez did not sign the report, dramatizing an apparent protest.

Senators have reportedly raised an issue over the alleged “smuggling” into the bicameral report of a provision that exempted local coal distributors from taxes.