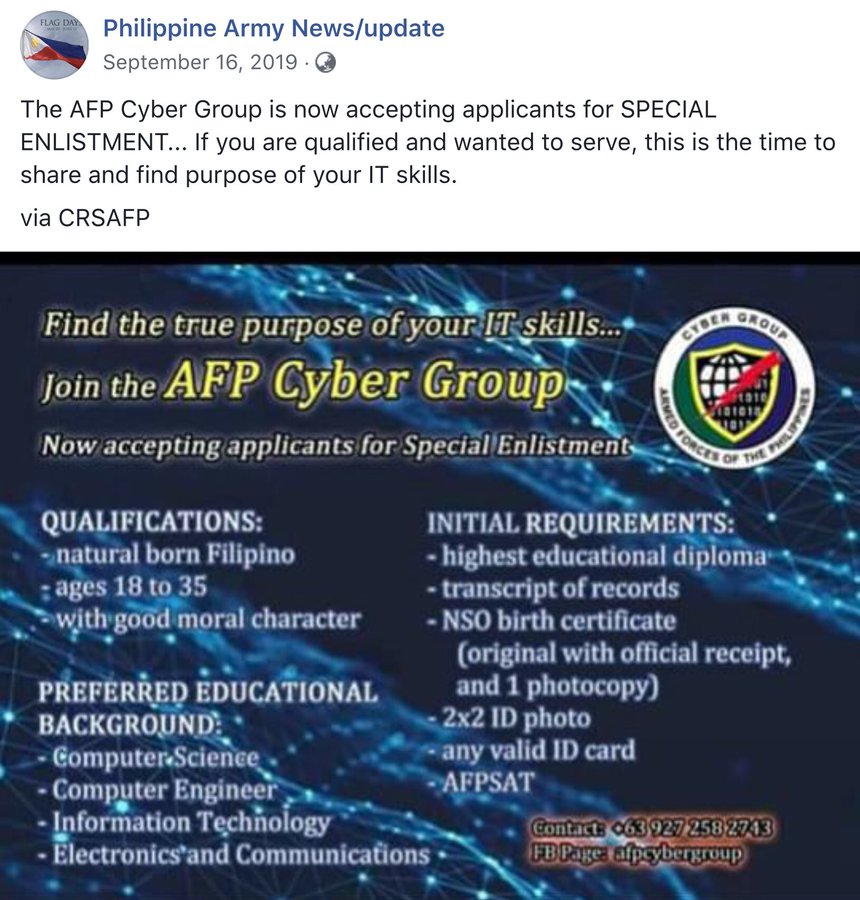 “Keep on posting. Keep on protesting. Focus on the goals: #JunkTerrorBill #FreeMassTesting #DefendPressFreedom.”

MANILA — House Deputy Minority Leader and Bayan Muna Rep. Carlos Zarate expressed his concerns over the spike of Facebook accounts that cloned those belonging to activists and state university students amid the looming passage of the Anti-Terror Bill.

“If the proposed terror bill is enacted into law, real name owners of these fake accounts can be easily sent to jail for being framed by such means,” Zarate said in a statement.

Arrested activists in Cebu City were also found to have fake accounts. There are also activists with no Facebook accounts who found dummy accounts using their names.

“Are troll farms now harvesting names from online petitions so that their bots would not be detected and then use these fake accounts to spread fake news and get the real name owners into trouble?” asked Zarate.

Facebook said it is currently investigating “reports of suspicious activity on our platform and taking action on any accounts that we find to be in violation of our policies.”

Meanwhile, Sen. Francis Pangilinan filed Senate Resolution No. 444, which directs an appropriate Senate committee to conduct an inquiry into the proliferation of the fake Facebook accounts.

Mae, not her real name, 20, a journalism student from Polytechnic University of the Philippines (PUP) received a threat from an account using her name, saying, “What did you used to say? (sic) Oust Duterte? Junk Terror Bill? You even joined an online protest. You will be behind bars soon.”

In an interview with Bulatlat, Mae said her advocacy will continue despite fears that those behind the attacks have infringed on her privacy. She has been very vocal on her stand against the Anti-Terror Bill.

“If this attack came from trolls, isn’t it worrying that the very same people supporting the terror bill are also the same ones who want to sow terror against those who dare to dissent?” she added.

In a separate statement, Kabataan Partylist said the creation of these fake accounts are but systematic and organized attacks against people exercising their freedom of speech and expression amid the lockdown due to COVID-19 pandemic.

The group added that cyber-attacks, use of troll farms and the proliferation of fake news have long been weaponized to attack the critics of the administration.

Columnist and social media influencer Tonyo Cruz said, “Who’s in a position, with resources, with experience, with “experts”, and with the motive(s) to set up duplicate and fake accounts?”

In a statement sent to the media, the Communist Party of the Philippines said that the creation of several hundred fake accounts “can only be the handiwork of the National Task Force to End the Local Communist Armed Conflict (NTF-ELCAC) and the Armed Forces of the Philippines (AFP)’s cyber unit.”

Cruz, also lead convenor of arts and media alliance Let’s Organize for Democracy and Integrity (LODI), called on netizens not to be afraid. “Don’t overreact, don’t panic. The duplicate, fake accounts cannot completely copy YOU. They cannot easily and instantly duplicate YOUR friends, posts and shared experiences. YOUR social network is unique. Keep on posting. Keep on protesting. Focus on the goals: #JunkTerrorBill #FreeMassTesting #DefendPressFreedom,” Cruz said in his Facebook post.