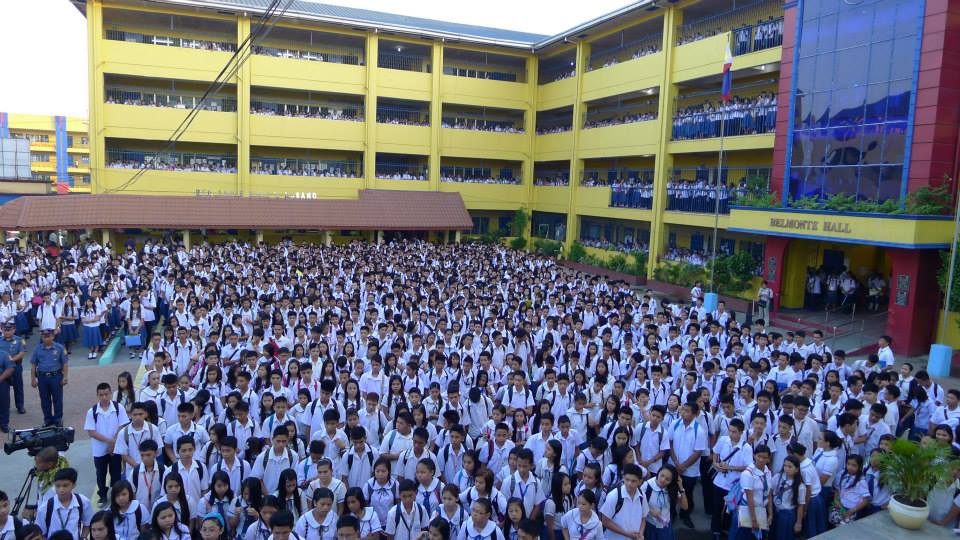 MANILA – Single mother of three, KJ Catequista has recently enrolled her children. But there seems to be no clear guidelines yet, leaving her with more questions than answers as she left the school.

“For many poor families, they can be considered lucky if they have either a computer or cellphone. But how about the others, especially the 10 million Filipinos who lost their jobs during the lockdown? How can they provide equipment for the (distance learning) if they cannot even put food on table?” Catequista said during a webinar hosted by Cure COVID.

Catequista is among the Filipino parents are in for a long haul as the education department leans towards the distance and blended learning for the upcoming school year.

“Will they use modules? How will they distribute it? School children used to share books. How about the modules? Will parents shoulder the cost?” these are just among the questions that Catequista asked.

The Philippines continue to bat against the pandemic and has recently surpassed its 20,000-mark. Its testing capacity, on the other hand, remains far behind their own target – with only an average of 10,365 daily tests for the past seven days as of June 4, 2020. The government originally targeted an average daily test of 30,000 by the end of May.

In a recent press briefing, President Duterte has reiterated his earlier stance that the school year should not be opened until there is vaccine for the dreaded COVID-19 virus, adding that Briones’ alternative is a “good program” but “I don’t know if we are ready for that.”

This after he earlier expressed his support to the blended learning program last week, prodding Briones to “scrape the bottom of the barrel” on the question of its funding.

“The government has shifted the responsibility to parents without due consultation. Our government agencies are used to coming up with programs that are not grounded,” Catequista said.

Catequista said that they neither enough equipment nor stable internet to support her three children’s online classes. She is also worried on her capability to provide quality education for her three children – enough to make them pass their respective assessments.

“DepEd estimates that this may last until the second quarter or even sometime January. But it is not clear what we are waiting for,” Quezon City-based public school teacher Roel Mape said in the same webinar.

While distance and blended learning frequently connote need for access to computers and internet, UP professor Mercedes Arzadon said “flexible learning” can also include learning modalities through offline materials such as printed materials and through traditional media.

Learning materials, too, can also be provided through OTGs, which students can plug either to their computers or cellphone, whichever is available or accessible to them.

However, she stressed that access to technology can result to a divide between students who can and cannot afford.

Public school teacher Mape said teaching purely online is not possible. During the online enrollment alone, he said only four of his 40 students were able to use the platform. Many teachers, themselves, do not have their own laptops and has no steady internet connection.

Monitoring of students’ progress, he said, may be done through internet-based messaging platforms, where they can also submit their works. Modules, on the other hand, may be provided to them either through their parents or with the help of village officials.

“For now, there are no clear directives on how we will conduct assessment,” Mape said, “Sari-sariling diskarte. Malaki ang problema.”

Meanwhile, homeschooling is also an option for Filipino parents. This refers to either securing a homeschool provider or through independent homeschooling, where the child can later take an accreditation and equivalency program under the Department of Education.

However, there are pros and cons to this program, said Marinduque-based Ninay Festin-Tan, who has been homeschooling her child who was diagnosed with dyslexia and epilepsy.

As a parent, she said this allowed her to see her child’s development first hand. They have flexible time and they are able to adjust their schedule as fit. They also adopt teaching modalities based on her child’s strengths and weaknesses. Homeschooling, too, has become their regular bonding.

However, this can also be costly, with parents creating their own visual aids, going on museum tours, and organizing play dates. She also had to hire tutors, particularly for Mathematics, and enrolled her child to take apprenticeship in painting.

Tan said teachers studied and trained for years to know the different modalities that will work with students. But parents now are sent to the battlefield when they, too, have to be mentally prepared for this.

“What if you have several children in different grade levels? Or if both parents are working? Or parents did not finish school?” she asked during the webinar.

Arzadon said one of the challenges faced by students his their ability to motivate themselves and their access to social support.

Mape, for his part, added that he has fifth graders who still have problems with reading and comprehension.

In 2018, the Philippines ranked lowest in reading comprehension and second lowest in Science and Mathematics in the Program for International Student Assessment, which is a global survey that looked into 79 countries.

Over 600,000 students participated in this survey.

Arzadon recommended that instead of grades, students’ progress may be tracked through formative assessment. After this pandemic, she added, a test can be conducted to understand learning gaps and these will be filled in when face-to-face classes finally resume.

Since the easing of lockdown restrictions, teachers were among those who have “physically” returned to work. Mape said they are currently developing modules, which they find challenges as they have just recently transitioned to the K+12 curriculum.

He expressed concerns over the quality control and validation of their modules as the education department rushes them to complete it. And the teachers, he added, are determined to finish their respective modules – concerned that the waiting time for the regional offices may “take years” much like the books for their students.

“Teachers are always ready, even in the face of a pandemic. But instead of solidarity, on the ground, we always find ourselves carrying the burden alone,” Mape said.

Distance learning, however, will deprive teachers the opportunity to gauge student’s aptitude and their attitude towards learning. Mape said teachers usually give extra attention to students who need to work on the side and, as a result, have troubles concentrating in school or even keep their eyes open during class.

Arzadon said despite the difficulties teachers are facing, rooms for creativity remain. She urged teachers to use pandemic as a “teachable moment” to impart to students important lessons from health, public safety, to civic education, especially the value of equity.