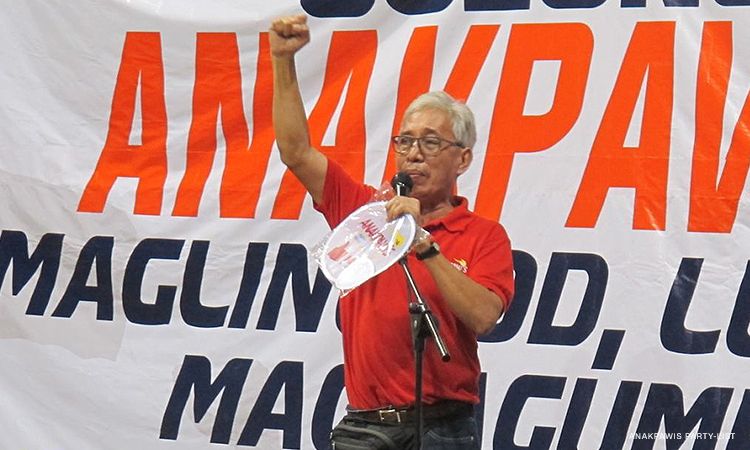 MANILA, Philippines — The police should hand the investigation of a National Democratic Front of the Philippines (NDFP) consultant’s slay to the National Bureau of Investigation (NBI), a group of local lawyers said on Tuesday.

In a statement, the Free Legal Assistance Group (FLAG) said that the death of NDFP peace consultant and Anakpawis chair Randy Echanis and another person in Novaliches, Quezon City, can be characterized as an “extra-judicial killing” as they were not doing anything illegal that would necessitate the use of force.

Aside from that, the Quezon City Police District (QCPD) decision to seize Echanis’ corpse from his wife even after she was positively identified the body was a “cruel, inhuman, and degrading” act on the part of the police — which FLAG says stresses the need for NBI to handle the probe.

“The role of the police is to enforce the law, not to break it.  Their job is to investigate killings, not whitewash them.  Mr. Echanis and Mr. Tagapia deserve justice,” FLAG national chairperson and human rights lawyer Chel Diokno said.

“The first step towards that is uncovering the truth.  The brazen misconduct of the Quezon City Police obstructs that truth,” he added.

Diokno called on the Department of Justice to order NBI to investigate the deaths.

On Monday, after reports reached QCPD about the two dead bodies in an apartment in Novaliches, former Anakpawis rep Ariel Casilao said that it was Echanis who was killed during a raid.

However, confusion ensued when QCPD identified the bodies as a Manuel Santiago and a Louie Tagapia — basing on the identification cards bearing Echanis’ name and the name he used in transacting with the landlord.

QCPD also disputed notions that the killing was perpetrated by police officers, noting that cops were only dispatched to the scene after the apartment owner reported the incident.

But several groups like the Makabayan bloc of the House of Representatives and the International Coalition for Human Rights in the Philippines (ICHRP) have insisted that the killing was state-sponsored, done under the administration’s anti-insurgency campaign.

Echanis’ wife also disputed QCPD’s speculation that the motive of the crime was robbery or personal grudge, as the cadaver supposedly bore torture marks.

FLAG also demanded that the police return Echanis’ body to his relatives, despite QCPD’s chief detective Maj. Elmer Monsalve saying earlier that the police officers took the cadaver because there was no permit to release it as of now.

According to Monsalve, Anakpawis obtained the body without notifying the QCPD Crime Investigation and Detection Unit, and despite the funeral parlor telling them that authorities must first be informed of any decision.

“FLAG calls on the Philippine National Police to immediately return the body of Mr. Echanis to the family, administratively discipline its members and officers responsible for the seizure, and release from custody the paralegal whom they arrested without a warrant when the PNP seized Mr. Echanis’ remains,” Diokno said.

“FLAG calls on the government authorities to allow an independent forensic pathologist chosen by the families of Mr. Echanis and Mr. Tagapia to immediately conduct autopsies of their remains,” he added.[ac]