For Filipino farmers, Danding Cojuangco left a legacy of exploitation and oppression 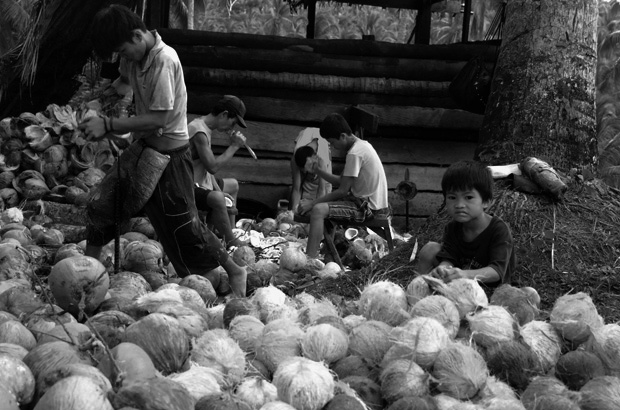 “Throughout the past regimes, Danding was able to amass great wealth, power, and influence after plundering the coco levy fund collected from small coconut farmers during Martial Law.”

MANILA – With the death of business tycoon, Marcos crony and landlord Eduardo “Danding” Cojuangco Jr., Filipino farmers could only remember their misery and the long years of injustice they continue to endure.

Zenaida Soriano, national chairperson of women peasant group Amihan, said, “On his death, he left the injustice he committed against poor and landless peasants, and agricultural workers.”

In 2014, the Supreme Court affirmed its 2012 and 2001 decisions declaring the multi-billion coco levy funds as public funds that should ultimately benefit the coconut farmers from whom the funds originally came.

“Cojuangco systematically opposed land reform by ejecting legitimate agrarian reform beneficiaries (ARBs) and installed his minions to consolidate control over the vast tracts of land. Those who asserted their rights to land faced criminalization of agrarian cases, or being framed up with common crimes as form of harassment,” Soriano said.

KMP added that Danding’s San Miguel Corporation is also the primary initiator of flexible labor policies in the country that promoted contractual labor and laid off tens of thousands of workers across SMC companies.

Amihan lamented that “Cojuangco was never held accountable for his collusion with the Marcos dictatorship, plunder of the multi-billion-peso coconut levy fund and carrying out of anti-worker policies, particularly union-busting at San Miguel Corporation (SMC).”

“Cojuangco leaves no legacy to the country, but of oppression and exploitation…He worshipped amassing wealth at the expense of poor Filipinos,” Soriano said.

Amihan called for the distribution of Danding’s hacienda lands to poor and landless peasants and agricultural workers, as “a means to carry out social justice.”

The post For Filipino farmers, Danding Cojuangco left a legacy of exploitation and oppression appeared first on Bulatlat.