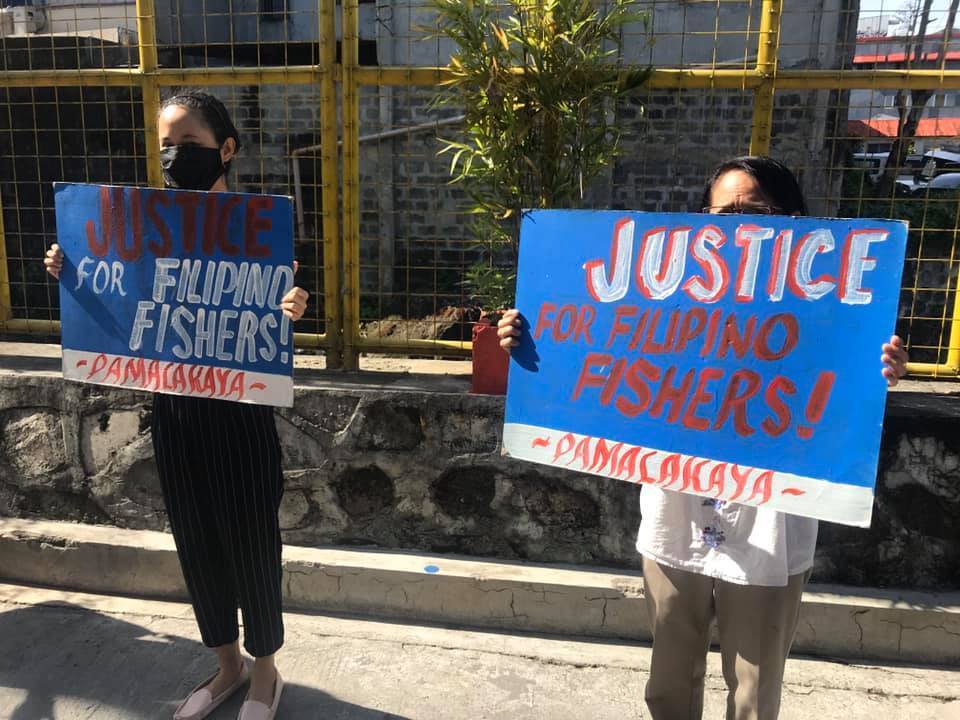 “We do not want a repeat of the injustice against our fisher folk. The owner and captain of the the Chinese ship must be held into account for ramming them and for their violation of the rights of our Filipino fisher folk in our own seas.”

By RAYMUND B. VILLANUEVA
Kodao Productions

A fishers’ group is up in arms over reports of another collision incident involving a Chinese vessel that led to the disappearance of 14 Filipino fishermen off the coast of Occidental Mindoro Sunday, June 28.

“We strongly condemn this collision incident in our territorial waters involving our Filipino fishermen and a Chinese vessel. We call on the authorities to expedite the search and rescue operations for the missing fishing crew and, as much as possible, must be returned to their families safe,” the Pambansang Lakas ng Kilusang Mamamalakaya ng Pilipinas (PAMALAKAYA) in a statement this morning said.

The group also demanded that the Hong Kong-registered cargo ship Vina Moon be held accountable for endangering the lives of the missing fisher folk.

Other reports however said the name of the Chinese ship is MV Vienna Wood.

The Philippine Coast Guard (PCG) said the 14 crew members of the local fishing boat Liberty Cinco, including two employees of the Irma Fishing Corporation, owners of the vessel, remain missing.

The PCG also reported that the capsized Liberty Cinco, with a badly-damaged hull, was found off the coast of Cape Calavite in Mindoro Island but the crew are nowhere to be found.

It was not indicated whether the Vienna Wood/Vina Moon has reported the incident to the coast guard after it happened.

The Chinese crew professed ignorance of the incident when questioned by authorities, the PCG reportedly said in interviews by the media.

PCG however said the Chinese vessel also sustained damages on its prow, indicating it rammed the capsized local fishing boat.

In a statement, PAMALAKAYA National Chairperson Fernando Hicap likened the recent incident to the ramming and sinking of the F/B Gem-Ver1 by a Chinese vessel that endangered the lives of 22 fishermen in Recto Bank last year.

Hicap said it is the very same month last year that another Chinese vessel almost killed 22 Filipino fisher folk in a hit-and-run incident at Recto Bank, an underwater reef formation in the West Philippine Sea that is internationally-recognized as part of the exclusive economic territory of the Philippines.

Hicap lamented that the 22 fishermen who hail from San Jose, Occidental Mindoro have yet to be fully compensated by the Chinese vessel Yuemaobinyu 42212 that hit and abandoned them last year.

“One year of no justice and yet another tragic incident happened,” PAMALAKAYA said.

“We do not want a repeat of the injustice against our fisher folk. The owner and captain of the the Chinese ship must be held into account for ramming them and for their violation of the rights of our Filipino fisher folk in our own seas,” the group added. Reposted by