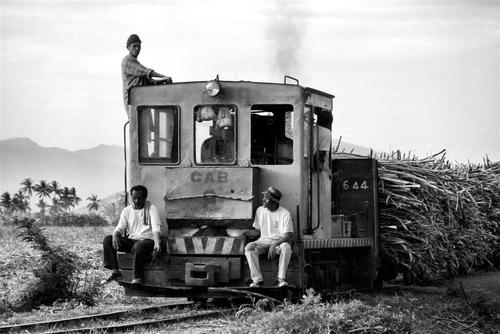 The Department of Labor and Employment (DOLE)’s Bureau of Workers Concerns (BWSC) has so far given P1,000 cash subsidy for 49,267 sugar workers, or only seven percent of the 700,000 sugar workers in the country.

MANILA — An international organization called for just labor practices for farmers and agricultural workers and provision of immediate relief for them due the onslaught of the global coronavirus disease (COVID-19) pandemic.

Despite having already globally accepted labor rights practices, Pesticide Action Network Asia Pacific (PANAP) p noted that that agricultural workers are “among the most oppressed and exploited sectors who suffer one of the lowest wages and severest poverty.” Data show that 25 percent of them belong to “extremely poor.”

Worse, agricultural workers are exposed to some of the worst occupational and safety hazards, including agrochemical and killer diseases, according to Arnold Padilla, PANAP Food Sovereignty Programme coordinator.

Padilla added that working in big chicken and pig industrial farms and monocrop plantations exposes the workers vulnerabilities such as deadly infections from pathogens.

“Unfortunately, many governments, rich and poor alike, are failing even in this minimum obligation. Worse, some are using the pandemic to further oppress and exploit the agricultural workers,” Padilla said.

PANAP added that more than securing a healthy environment for agricultural workers and placing safeguards in their welfare and rights, governments should provide immediate economic relief to them.

In the Philippines, Unyong ng Manggagawa sa Agrikultura (UMA) said that many agricultural workers are not able to go to work due to the shutdown of sugar mills or distilleries and bio-ethanol plants such as the Bukidnon Sugar Milling company and Emperador Distillery in Batangas. In Cebu, its lone sugar mill has already closed.

Sugarcane cutters in Batangas, meanwhile, are also not able to work because they were refused from entering other barangays.

Banana workers in CARAGA’s Lapanday and A. Soriano plantations, meanwhile, are only given work three times a week.

UMA noted that tiempo muerto (dead season) has already started, and will last until October. The season also spells hunger for sugar workers and their families.

The Department of Labor and Employment (DOLE)’s Bureau of Workers Concerns (BWSC) has so far given P1,000 cash subsidy for 49,267 sugar workers, or only seven percent of the 700,000 sugar workers in the country.

Flores said that sugar workers are not included in the DOLE’s Covid-19 Adjustment Measures Program (CAMP) but only in DOLE’s Tulong Panghanapbuhay sa Ating Disadvantaged/Displaced Workers (TUPAD). Still, only 15,627 slots were available for agricultural workers as of April 27.

UMA called on President Rodrigo Duterte to “not underestimate the simmering resentment among the people including agricultural workers in the country.”

The post Groups bat for aid for agricultural workers appeared first on Bulatlat.