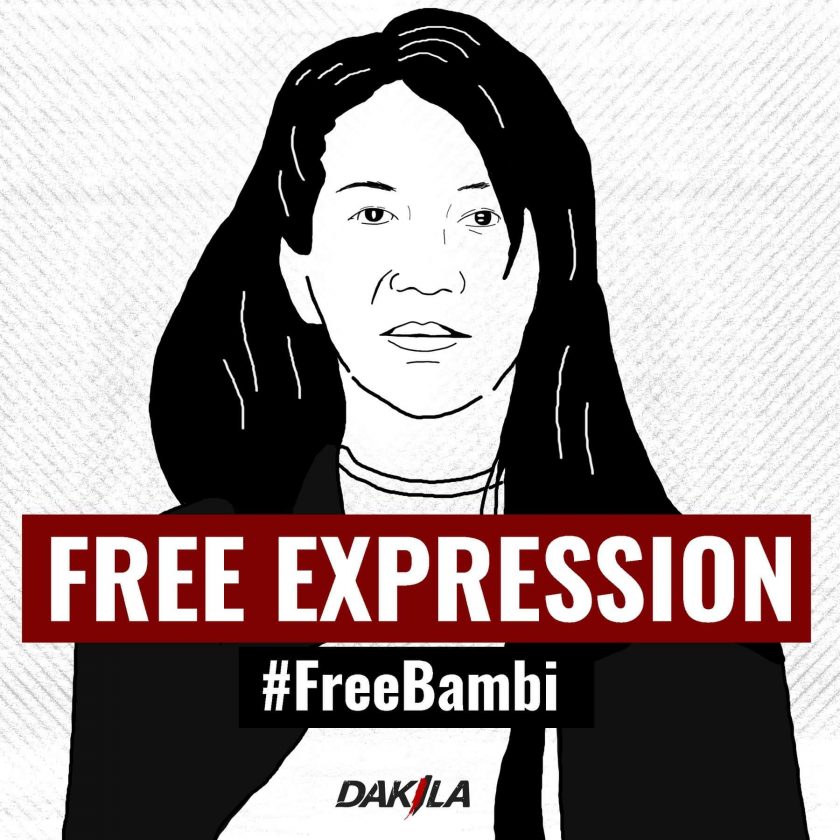 MANILA — As the issue of the arrest of multimedia artist and writer Maria Victoria Beltran escalates. her lawyers are calling on her supporters to help combat the sustained harassment against Beltran and her lawyers.

In an update on the case, Atty. Vincent Isles pointed out that they have been experiencing three specific attacks. Yesterday, April 19, a Facebook page was set up purportedly by an unknown “movement” aimed at battling fake news and deceptively calling itself as “Movement Against Fake News.”

However, Isles believes this to be a hate page as it zeroes in on Beltran with her picture maliciously posted on the page with the message “Jail forever for making fake news.” The page has 3,314 followers and 3,297 who liked the page including Cebuano media personalities.

Isles also pointed out that as Beltran’s counsel, he also received unsolicited messages in his listed number and urged those who are harassing him and the other counsels to stop.

Friend requests were also sent to him and to another counsel, Atty. Benjamin Militar, from Facebook accounts that were recently created. He said that since his posts are public, the “fake” accounts need not add him, and as for Militar, he only adds people he personally knows.

According to Isles, three cases were filed against Beltran today, with a total bailbond of P42,000, as follows:

3. Violation of Section 9(b) of R.A. 11332, the law on mandatory reporting of certain diseases, punishable by up to 6 months of imprisonment, with bail at PHP 3,000

He said that with the reduced number of hours of the courts, the bailbond was not processed, but he is hopeful that they’d be able to negotiate Beltran’s release by tomorrow, April 21.

Isles also thanked those who have expressed their support to his client such as the Concerned Artists of the Philippines, DAKILA, National Union of Peoples’ Lawyers (NUPL), Movement Against Tyranny Cebu, College Editors Guild of the Philippines and University of San Carlos STAND Alumni Association.