In one day, 4 farmers killed by suspected state agents 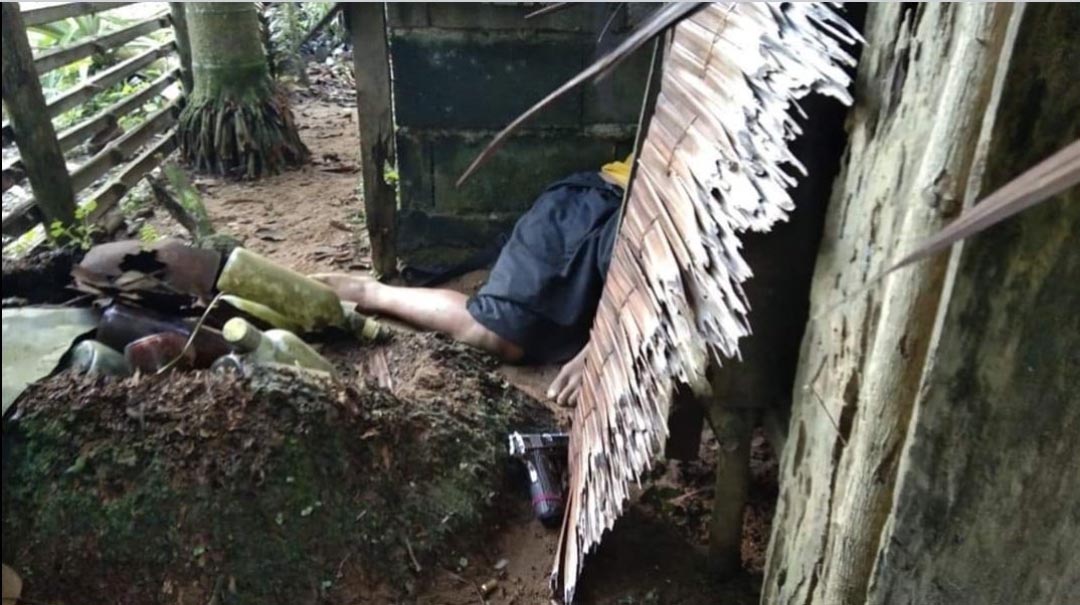 “It is martial law without martial law, but worse: it is legalized butchery, targeting peasants and workers whose attempts to seek redress for their systemic exploitation have been criminalized.”

At around 10 a.m. Saturday, combined elements of the 20th Infantry Battalion, Philippine Army and the Northern Samar Police Mobile Force Company strafed the house of Zaldy Meraya in barangay Bagacay, Palapag, Northern Samar. Meraya and a companion, Bebe Tobino, were killed in the attack.
Meraya’s wife and two children were also injured in the encounter. His daughter, Jolina Calot, is currently in critical condition. Calot is a student of the University of Eastern Philippines and a member of the League of Filipino Students.

Who were the victims?

Before Zaldy Meraya and Bebe Tobino were killed, the military accused them of being members of communist group, according to a statement from the League of Filipino Students. A warrant of arrest was issued against Meraya on May 11 on accusations of attempted murder, signed by Judge Decoroso Turla.

The 20th IB claimed that Meraya opened fire at the soldiers who were about to issue the arrest warrant. The soldiers then retaliated by riddling the house with bullets, killing Meraya and Tobino, and injuring Meraya’s family.

Tablazon, 33, was a long-time organizer of the Federation of Iloilo Farmers Association (FIFA). FIFA is a peasant organization affiliated with Pamanggas-KMP, the regional chapter of Kilusang Magbubukid ng Pilipinas (KMP) in Panay. Tablazon also served as a barangay councilor in barangay Ago, Tubungan.

Bunda, 24, worked with Tablazon in installing solar panels to make ends meet. Bunda was the Sangguniang Kabataan chairperson in Brgy. Tagpuan. Bunda and Tablazon were riding a motorcycle when they were killed early in the evening.

Both Tablazon and Bunda had charges filed against them. Tablazon was the victim of a police raid last December 2019, where he was charged with illegal possession of firearms.

Latest in a series

“We blame the 61st IBPA of the 3rd Infantry Division and the PNP [Philippine National Police] Iloilo for the latest killings. We believe that they had everything do with Tablazon and Bunda’s ambush in the same way that state forces and mercenaries are responsible for the killing of peasant leader John Farochilin and Bayan Muna leader Jory Porquia,” Ramos said.

Both Farochilin and Porquia were long-time organizers and victims of extrajudicial killings. Farochilin, Tablazon’s fellow organizer for Pamanggas-KMP, was killed by the 61st IBPA in Miag-ao, Iloilo, April 18, before being reported to be a casualty in a staged encounter with soldiers of the revolutionary New People’s Army. Porquia was a founding member of progressive party-list Bayan Muna and was killed on April 30 after a series of harassment from police for conducting feeding programs and relief operations in Iloilo.

Similarly, Tablazon’s family believes that the killing was connected to the June 15 ambush of Master Sergeant Arnel Paurillo of the Tubungan Municipal Police. The NPA’s Napoleon Tumagtang Command has claimed responsibility for the attack, claiming revolutionary justice for Paurillo’s protection of drug syndicates in the area.

The NPA, however, has stated that Tablazon was not a member of the revolutionary organization.
KMP also noted that since February 2020, the Philippine National Police and the 61st IBPA have been launching “sprees of fabricating ‘fake encounters with the NPA’ while actually targeting farmers in hinterland peasant communities” in Iloilo.

The same is true in Northern Samar, said the group, where the 20th IBPA has engaged in multiple hamletting operations since October 2019.

Terror without the terror bill

Progressive groups also expressed dismay at the worsening state of violence in the country. Artist group Sama-samang Artista para sa Kilusang Agraryo (SAKA) commented that “the anti-terror bill railroaded by the Senate and Congress then handed to President Duterte on a silver platter will give teeth to EO 70, making possible what amounts to the implementation of MO 32 on a national scale.”

“It is martial law without martial law, but worse: it is legalized butchery, targeting peasants and workers whose attempts to seek redress for their systemic exploitation have been criminalized,” SAKA added.

Former Anakpawis representative Ariel Casilao also echoed the sentiment, saying that “the looming enactment of Duterte’s Anti-Terrorism Act of 2020 will further intensify human rights violations across the country, and human rights workers, farmers, and sectors asserting for democratic rights could be among the most vulnerable targets.”

The Anti-Terrorism Bill is currently pending action from the Office of the President. Unless vetoed, the bill will lapse into law on July 9.

The post In one day, 4 farmers killed by suspected state agents appeared first on Bulatlat.