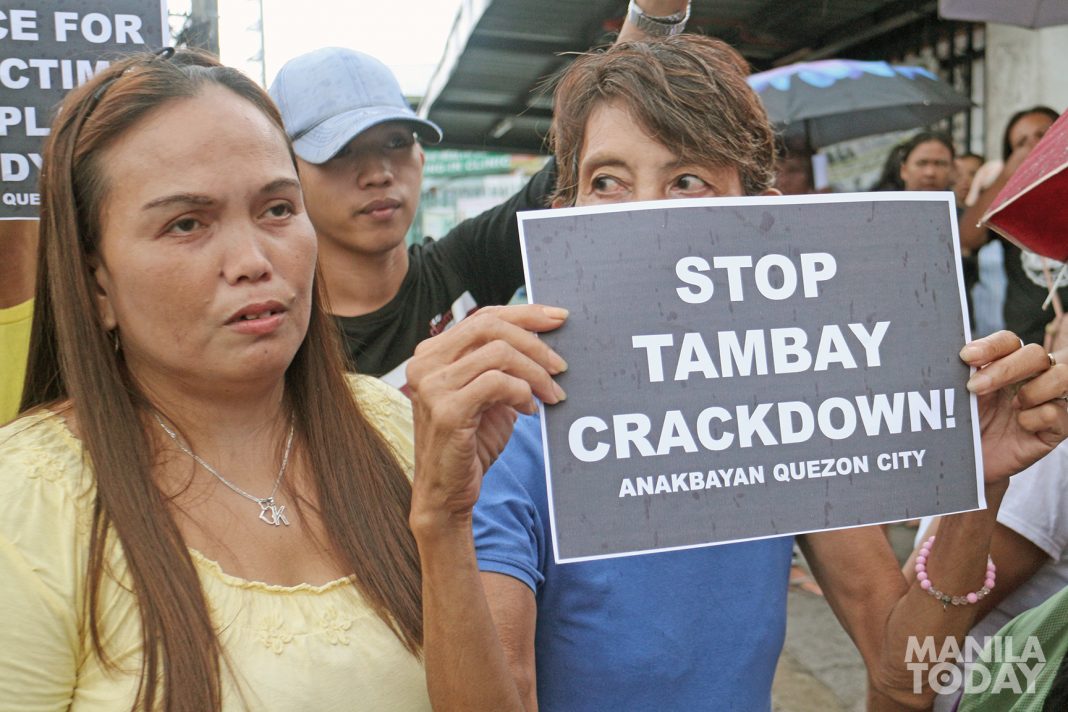 Earlier that day, Tisoy’s family brought his remains to their hometown in Iloilo.

Tisoy was the first casualty of President Rodrigo Duterte’s directive to apprehend ‘tambays’ (loiterers or vagrants). He was also among the first rounded up in the campaign launched by the Philippine National Police on June 14, a day after the president’s order.

Bagong Alyansang Makabayan Quezon City and Anakbayan Metro Manila joined Tisoy’s community in the protest at the police station were Tisoy was held and where he died.

The PNP chief denied arrests in relation to vagrancy as the law against it was decriminalized in 2012 with the passage of Republic Act 10158. The almost 7,300 rounded up from June 14 to 22 were arrested in relation to local ordinances they violated, police said.

How innocent nights and chores in Metro Manila turned fatal. Tisoy was a breadwinner in the family, worked at an early age and stopped schooling after Grade 4 to work for his family’s means to live.

Tisoy was arrested on June 15, outside a sari-sari store in his community of Sitio Cabuyao in Barangay Sauyo. He was waiting for the confirmation of the cellphone load he bought so he could continue surfing the internet and watching Youtube videos as was his pastime. Police said he was arrested for being shirtless. Witnesses said police demanded Tisoy held on to empty beer bottles and also heard police rounding up loiterers to meet their quota. Marilou, Tisoy’s sister followed him to the station, thinking he’d be soon released. The police asked for Tisoy’s statement, later tested him on drugs to which his release would be pending and then charged him with alarm and scandal and underwent inquest proceedings, prolonging his incarceration.

Four days into his arrest, Tisoy died in the custody of the Novaliches police. Police first said he died of shortness of breath in a cell meant for six but held 138. Unbelieving, Marilou paid for autopsy to be carried out on Tisoy’s body as she had seen his bruises in her visits to him in jail. Autopsy recorded the cause of death as multiple blunt force trauma. The police then said their investigation showed that Tisoy was beaten to death by jail inmates.

Marilou talked to the suspects and sought to understand their motivations. They pleaded with her not to sue them, saying they were not responsible for Tisoy’s death.