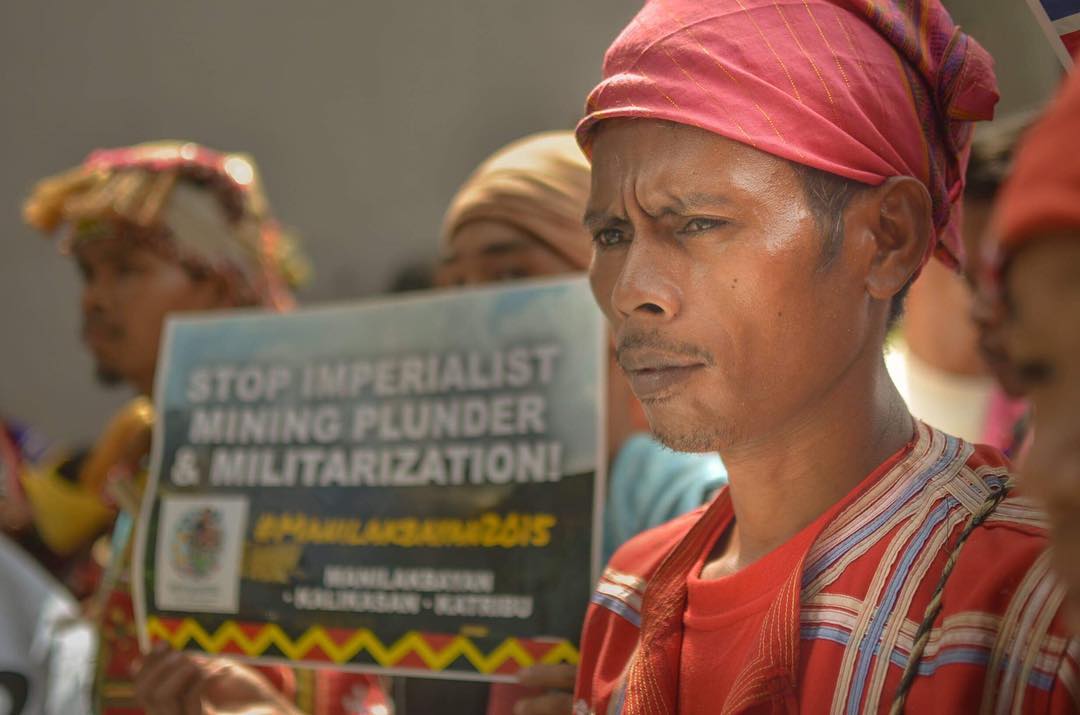 MANILA – Manobo tribal chieftain Datu Kaylo, a consistent participant in the indigenous people’s Lakbayan to Manila to air their calls for self-determination, was reportedly killed by elements of the 3rd IB of the AFP Eastern Mindanao Command during its military operations in Kitaotao, Bukidnon last April 7.

“He died due to the intensified militarization, bombing and strafing of the indigenous communities,” said Pasaka-SMR in a statement.

Datu Kaylo was in the area visiting the communities and delving into the current situation of his fellow Manobos who had been forced to evacuate from their communities in Talaingod, a village that has gained prominence for its people’s resistance against logging and mining in the Pantaron Range. As a lumad leader, Datu Kaylo was concerned about the plight of the Manobos who are scattered around various communities after Talaingod was hit by successive operations and bombings there and in Bukidnon, said the Salugpongan Ta Tanu Igkanugon.

In previous Lakbayan, Kaylo helped to translate to Tagalog the statements of female Lumad warrior Bai Bibyaon Bigkay, a Gawad Bayani ng Kalikasan Awardee. Kaylo himself was regarded as a fierce environmental defender. [He helped here: ‘We’re all challenged to defend the environment’ — Bibiaon Bigkay]

PASAKA expressed its alarm over the “intensifying war being waged by the military” against their communities. They said this war has worsened with Martial Law in Mindanao. “Many from the Lumad have been forced to evacuate, including the children whose schooling has been curtailed by non-stop attacks of the military,” PASAKA said.

“Our plight in Talaingod is comparable to ants being trampled upon and forced to scatter anywhere, because of Martial Law in Mindanao, where soldiers and the paramilitary Alamara have attacked us to no end,” said the Salugpongan Ta Tanu Igkanugon in a statement.

Salugpongan mourns the death of Kaylo, who, they said, had sacrificed much since his youth for the defense of our ancestral land and the Lumad schools in Talaingod. “He could have contributed more for the Lumad.”

Amid calls for justice for the untimely death of Kaylo, PASAKA reiterated its condemnation of the Duterte government’s schemes that they said seek to drive them away from their homes so the government could push through with plunderous projects in the Pantaron Range. These projects include mining, plantations and dams.