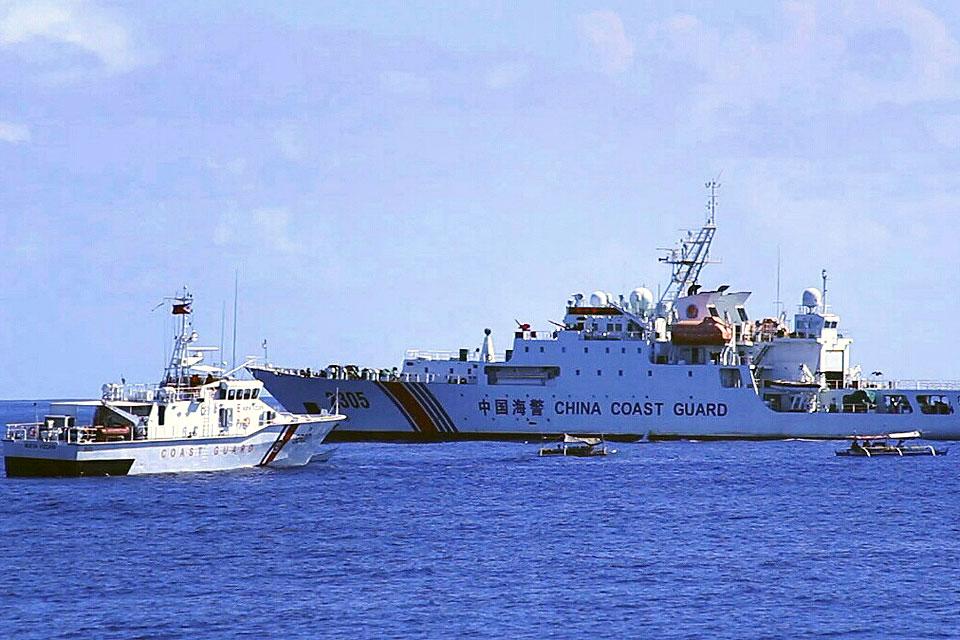 The West Philippine Sea is again centerstage in addition to COVID-19. In international law, there are four stages in case of international conflict – short of war – which the Philippines must undertake.

First, the Philippines should alert the world of the impending trouble. This is what is called “noisy,” but not belligerent, diplomacy.

President Aquino did that after exhausting to solve the problem through “silent” diplomacy. As head of state, he openly called China “a bully.” He criticized China’s intrusion, publicly declaring that China’s movements in the South China Sea were comparable to Nazi Germany’s expansionist agenda before World War 2. By his pronouncements, President Aquino warned the international community that the issues are not only a localized problem, but an international concern. He did the right move.

Third, upon receipt of the decision, the Philippines must openly urge the losing country to abide immediately and strictly by the decision, with an admonition that noncompliance will result in further international recourse. President Duterte failed to do this upon official receipt of the West Philippine Sea ruling by his administration in the early part of its term.

Fourth, the political process must come into play. The Philippine president should start and lead an international consensus with other countries to compel China to abide by the rule of international law. He must personally talk with world leaders, meet with them, make joint declarations, and call on China to obey the decision. International political pressure must be exerted. President Duterte failed to do this.

President Duterte would not have lacked significant support. The United States of America, Great Britain, France, Canada, Germany, Italy, Australia, New Zealand, Malaysia, Vietnam, Brunei, Taiwan, and India have opposed China’s illegal movements in the South China Sea. A multi-state consensus could have easily been achieved, but it was not. This was opportunity lost.

Clearly, China, despite all praises for Duterte, continually demonstrates its utter disrespect for him. If the administration does not realize this by now, the country is truly in a very serious situation. The lining up of China’s 200 militia boats staring at the Philippines is just one blatant proof of this. The dispersal of a number of them only to roam somewhere else dangerously close to the Philippines is another.

Most likely, China’s leadership believes that President Duterte cannot lift a finger publicly against China even on highly serious concerns encroaching on our interest. And if he does so, it would be one which, most likely to China’s thinking, can easily be circumvented without any stern response from him. China’s attitude on President Duterte appears to be this: butter him up as much as possible, but at the same time create fear in him, and it will be “business as usual.”

China’s communist officials may have thoroughly studied President Duterte’s psyche and concluded that he cannot talk tough against China in the same way he talks tough against his own people; and that he is nothing like Taiwan’s President Tsai-Ing-wen, Vietnam’s leader Nguyen Phu Throng, and Indonesia’s Joko Widodo, who, unhesitatingly, will openly warn China against any intrusion. Obviously, to China, President Duterte is not a David against a Goliath. Despite the many protests lodged by the Philippines, the bottom line is that the Philippine president can be bullied anytime, and worse, with less effort.

President Duterte must prove China wrong. He must make a pronouncement warning China in order to restore Philippine honor and to galvanize the concerns of many countries into one singular objective: to stop China’s aggression. He should not leave this matter to his alter-egos.   In  world affairs, the head of state’s unilateral statement provides the greatest gravitas relaying the gravest danger of China’s actions against our country, the region, and the world.

He cannot just sit in front of his men in a late evening conference and just jibber-jabber his personal opinion. President Duterte cannot engage in the  oversimplification of the crisis, making hackneyed statements like not wanting war with China and the massacre of Filipinos. For that to be his mantra exposes his ignorance of the complexities and dynamics of international conflict-resolutions. There is a process for this and that is why the United Nations exists.

The statement must be a carefully crafted one, clearly and coherently nuanced by international law. A casual demeanor devoid of any semblance of dignity and urgency is not apropos. He must act, speak, and appear as a respectable leader.

It is time for another round of “noisy” diplomacy, because the situation has exponentially worsened. China has contemptuously disregarded international law, placed missiles in some islands, constructed military/naval camps therein, chased away Philippine vessels and fishermen well-within the Philippines’ 200 nautical mile economic zone, and, most damagingly of all, stole fish and other marine food products within the said zone, thereby seriously depriving Filipinos of a lot of their basic staple food.

And if he does that, he would do some service to the nation. I said “some” because his statement’s force would most probably not be as credible compared to a similar statement made five years ago. The way he has pivoted toward China with “a most favored nation” treatment has  enormously diminished any eminency intended to be conveyed by his  official statement – if it ever comes at all – attempting to decry the aggressor’s movements. But he must express a denunciation nevertheless.

It would be naïve for the Duterte administration to still believe that, by its own efforts alone, China will retreat. There ought to be a palpable change. The Philippines needs active international assistance. Alliances are not bad. This is the time when the potential use of the Philippine-US Visiting Forces Agreement (VFA) and the Mutual Defense Treaty (MDT) should be in the discussion for the world to see and hear.

China’s garrisons and missiles strategically positioned in the South China Sea must be met by, at the very least, the Philippines’ overt act manifesting the preparedness to invoke and operationalize the VFA and the MDT. China’s awareness of a definitive retaliatory response from the US pursuant to the latter’s VFA and MDT commitments in case of an attack on the Philippines can be an effective deterrent.

Mel Sta Maria is dean of the Far Eastern University (FEU) Institute of Law. He teaches law at FEU and the Ateneo School of Law, hosts shows on both radio and Youtube, and has authored several books on law, politics, and current events.