Catriona Gray stands firm after red-tagging: ‘Don’t ever allow your voice to be silenced’ 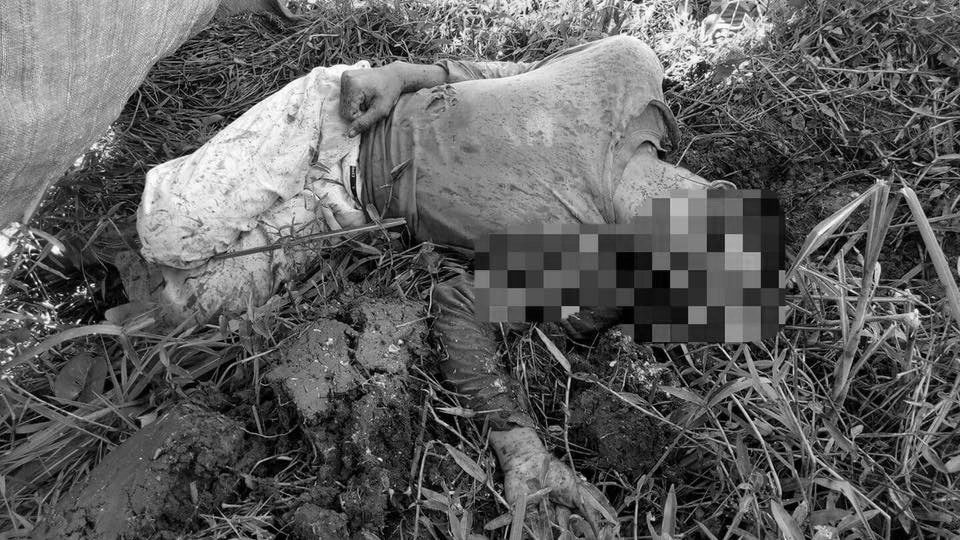 As the 32nd anniversary of the EDSA People Power was expected to be commemorated with prayers and protests, more human rights violations were reported. On February 22, international rights organization Amnesty International likened President Rodrigo Duterte to other world leaders ushering “a new era of human rights regression”.

The historic People Power uprising on February 22 to 25, 1986 served the last blow to the 14-year dictatorship of Ferdinand Marcos, Sr.

An urgent alert from Karapatan Negros announced the death of Ronald Manlanat, 30, a member of a local chapter of the National Federation of Sugar Workers (NFSW) in Hacienda Joefred, Barangay Luna, Sagay City, Negros Occidental. At 5am on February 22, 2018,  Manlanat was brutally shot in the head and killed by unknown assailant(s) in a farm he worked in the said hacienda. He was shot at the back of his head by an M16 rifle and his face was beyond recognition.

The killing of Manlanat is the latest incident of killings of farmers in Negros. Manlanat is a member of NFSW local chapter where he is actively involved in organizing and giving assistance to sugar workers in the surrounding areas. The issues of underpayment of wages, labor repressions, poverty and labor rights violations is a perennial problems of laborers and farmers in the haciendas in the area.

Hacienda Joefred is formerly owned by Mirasol family and the Certificate of Land Ownership Award were recently given to the agrarian reform beneficiaries through the Comprehensive Agrarian Reform Program.

Manlanat was recorded as the 21st victim of extrajudicial killing in Negros under Duterte.

Marklen Maojo B. Maga, a staff of labor center Kilusang Mayo Uno (KMU) tasked to organize workers’ unions in the port area, in factory belts in Valenzuela (among them are Kentex workers), and in Central Luzon was reported abducted in San Mateo, Rizal.

Maga has just brought his son to school when he was arrested. His whereabouts were unknown for hours. It was only in the evening that his family and lawyers were able to confirm that he is being held at the PNP-Criminal Investigation and Detection Group compound in Camp Crame.

The Children’s Rehabilitation Center demanded Maga’s immediate release and dismissal of trumped-up charges against him. They said that Maga is the eldest son of a politically detained labor organizer in Caloocan at the height of Marcos’ dictatorship.

NDFP peace consultant Rafael Baylosis was reported arrested without warrant on January 31, charged with illegal possession of firearms in the police spot report that would be amended to include a grenade during the inquest on February 1.

Baylosis and his companion were arraigned today, after a Quezon City court denied their lawyer’s motion to suppress fake and manufactured evidence.

The 69-year old Baylosis was transferred to Quezon City Jail, near Kamuning police station (Quezon City Police Department Police Station-10), from Camp Crame Custodial on February 21. His lawyer noted the jail has a congestion rate of 1000+%, being fit only for 200 but now held 3,000.

In the morning of February 21, around 14 delegates of a team of a an international fact finding mission was detained for more than an hour in a military checkpoint in Brgy. Palian, Tupi, South Cotabato. The delegates, including five foreign human rights observers, were on their way to General Santos City. All participants were ordered to show their identification cards.

According to initial reports received by Karapatan, the IDs issued by the Bureau of Immigration for two foreign church workers of the United Methodist Church were confiscated by police. The two were escorted to Bureau of Immigration Region 12 field office in General Santos City reportedly for “verification.” Police personnel who accosted the mission delegates did not present any written document to specify reasons for their actions. According to Tudla Productions, who was part of the mission when the incident happened, the five delegates were interrogated for two hours before they were released.

The international fact finding mission was organized by International Coalition for Human Rights in the Philippines and the Mindanaoans for Civil Liberties. It was conducted to investigate the reports on human rights violations in Mindanao, with the implementation of martial law and counterinsurgency program Oplan Kapayapaan.

screen-shot-2018-02-23-at-1-11-14-pm
Foreign church and human rights workers presented their passports and Bureau of Immigration (BI) IDs but were still brought to the BI office in General Santos. Photo by Tudla Productions.

0221-ffm-01
After two hours at the BI office, foreign delegates of the international fact finding mission were released. Photo by Tudla Productions.

Barug Katungod also reported this morning that at least 187 Lumad residents and members of Pig-akuman Lumad Organization, a chapter of Kalumbay, today fled their homes at Purok 11, Sitio Bulak, Brgy. Lower Olave, Buenavista, Agusan del Sur. Among those who are currently evacuating are 83 children, two pregnant women, six elderly and four sickly individuals. Soldiers of the 23rd Infantry Battalion-Philippine Army led by Julito Caban conducted a military operation and encamped in the community.

Nationwide mass protests were set on February 23 and 24 in commemoration of EDSA People Power.

Bagong Alyansang Makabayan, in a statement released on February 16, said “This year’s protests are imbued with a great sense of urgency as the Duterte regime pushes for Charter change, extends Martial Law and wages all-out war against the people.”

“It is ironic that on the same month the nation is set to commemorate the downfall of the dictator Marcos, President Duterte saw it fit to label himself as a dictator. It is ironic that as the nation remembers the evils of dictatorship, Duterte’s congressional allies are pushing for term extension ala-Marcos,” said Bayan in their statement.

Student activists spearheaded today the ‘National Day of Walkout’, using the social media tag #WalkoutPH. Members of the University of the Philippines (UP) Diliman community converged at the AS Steps of Palma Hall before noon for a symbolic shutdown of the campus. Jeepney drivers from all UP routes, vendors and professors also joined the protest. Students from other UP units also held a protest at their campuses, such as in UP Manila and UP Baguio.

The protest from Diliman would proceed to UST at 2pm for songs and prayers and march to Mendiola at 5pm.

The February 24 protest led by Movement Against Tyranny would assemble at EDSA corner Main Avenue at 2pm, march to EDSA Shrine at 3pm and hold a program at the People Power monument at 4pm.