Know your legal rights under ECQ 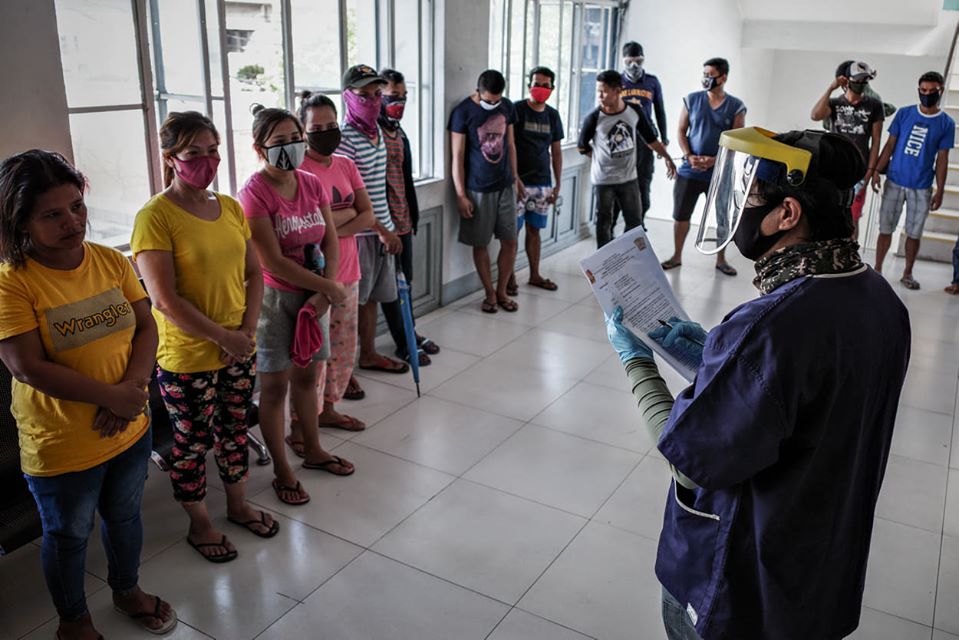 MANILA – As the Philippine National Police (PNP) declared “violators” of the enhanced community quarantine (ECQ) will be arrested without warning, the National Union of Peoples’ Lawyers (NUPL) issued a Q & A on the basic rights of citizens while the country is battling the coronavirus disease 2019 (COVID-19) pandemic.

Here are some of the NUPL’s legal advice while the ECQ is in place in Luzon:

The police cannot arrest an ECQ violator without warrant. A person can only be arrested in the following situations:

1) When one is caught in the act of committing or attempting to commit a crime;

2) During a hot pursuit, or when a crime has just been committed and the police or law enforcement officer has probable cause to believe based on personal knowledge that one has committed such crime; and,

3) If one is a prisoner or person deprived of liberty who escaped prison.

If these circumstances do not apply, a valid warrant of arrest is needed to apprehend a person.

The police cannot arrest a person who went out of the house and does not have a face mask, did not bring/does not have quarantine pass or relief pass, or did not follow the social distancing rule or curfew.

The NUPL said these are not included in the list of prohibited acts or acts with punishment under the Republic Act 11469 or Bayanihan to Heal as One Act. These acts are also not a violation under the Mandatory Reporting of Notifiable Diseases Act.

Violations stated under the Bayanihan to Heal as One Act are:

1) Governors, mayors or barangay chairmen or any elected officials of the province, city, municipality or barangay (local government unit) who disobey policies or directives of the national governments in relation to the implementation of the ECQ.

The NUPL noted that the violators cited here are government officials and not ordinary citizens.

2) Owners and possessors of privately-owned hospitals, medical and health facilities, including passenger vessels, and other establishments who unjustifiably refuse to operate pursuant to the directive of the President.

3) People who are hoarding and hiding or obstructing basic necessities (food, clothes, medical, and other health equipment, oil, etc.) or selling these in higher prices.

4) Refusal to prioritize and accept contracts for materials and services necessary in the implementation of the national policy with regards to COVID-19.

5) Refusal of the banks and finance institutions to provide 30-day grace periods to pay for loans and other financial obligations.

6) Creating or disseminating false information or fake news in social media or other platforms about COVID-19 crisis that is not beneficial to the people and will only create chaos, panic, fear or confusion. This include scams, fraudulent and malicious emails, among other.

7) Failure to comply with reasonable limitations on the operation of public transportation and private cars; and,

8) Construction or maintenance of illegal structures in public areas blocking roads and bridges.

The NUPL said that if these violations were not committed by the specific persons or entities, there is no violation of the so-called Bayanihan to Heal as One Act. In this case, there is no basis for the arrest especially when there is no warrant.

The group added that the only violation cited in the “Mandatory Reporting of Notifiable Diseases and Health Events of Public Concern Act” is the non-cooperation of a person or entity identified as being severely ill or affected by health events that are of interest to the public or those who know them.

According to NUPL, if a person is not covered by the said laws but was arrested, detained, punished and was wrongfully charged, the case should be dismissed and those who undertook the arrest should be held accountable.

The NUPL reiterated that anything beyond the said punishment and penalties of the said laws related to COVID-19 is prohibited.

In cases when there a city ordinance prohibits the people to go out without face mask, quarantine pass or relief pass or social distancing is not observed or have violated the curfew, the NUPL said that the ordinance must state explicitly that these are prohibited and there is punishment for not disobeying the ordinance.

“If there is no ordinance or it is invalid, arrest and punishment are wrong and illegal,” the NUPL said.

Document incidents of abuse. The NUPL reminded the public to immediately document any violations on their basic rights. “Note the incident right away, take a photo or video of the incident and keep it as evidence,” the group said.

The rights lawyers added that it is important to get the identity of individuals, units or offices that abuse their power and impose unjust and unlawful punishments. This can be later on used as evidence in filing of various charges such as criminal, civil or administrative cases.

The group reiterated that the people’s right to live with dignity should not be disregarded even in the time of a pandemic.

They added, “It is the state’s duty to ensure and protect human rights at all times, more importantly during the time of crisis where the temptation or desire to resort to abuse of power is strong.”

The post Know your legal rights under ECQ appeared first on Bulatlat.