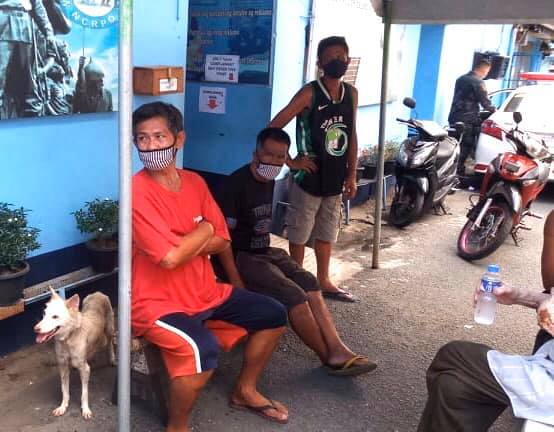 They had no income for two months and received no aid from government. When they held a protest demanding government to allow them to earn a living, they were arrested and detained.

The six drivers, including Ruben Balyon, deputy secretary general of transport group Piston, joined the “Busina Para sa Balik Pasada” to demand the resumption of their operations on the first day of general community quarantine.

Others arrested were Severino Ramos, Arsenio Ymas, Elmer Cordero, Wilson Ramilla, and Ramon Paloma. They were charged with “disobedience to social distancing” and being fined P 3,000 (60 USD).

Piston belied police’s claims, saying their colleagues were observing physical distancing and were wearing face masks. The group condemned the arrest and called for the immediate release of the six drivers.

In a statement, labor group Kilusang Mayo Uno (KMU) said the jeepney drivers’ protests must not come as shocking given that the jeepney drivers had no income for two months, received no aid from the government, and are now being denied of their right to earn a living.

The protest last Monday coincided with the easing of lockdown restrictions without clear guidelines from the national government regarding the public transportation system.

The Land Transportation Franchising and Regulatory Board (LTFRB) issued Memorandum Circular 2020-17 last week before GCQ, which requires jeepney drivers to apply for special permit and only allows modernized jeepneys to operate.

KMU cautioned that the agency is taking the opportunity to permanently phase out the old jeepneys.

“Workers from all sectors are also in need of mass public transport during the general community quarantine. GCQ Day 1 has proven it difficult for the people going to their workplaces to catch a ride,” said Elmer Labog, KMU chairperson.

Labog added that the public transport crisis in the country has long been existing and continues to worsen due to the COVID-19 pandemic and government’s failed response.

As of the writing, the arrested drivers are still waiting for inquest proceedings.

Piston also began an online petition (http://chng.it/HqrT4NgD) calling on government to allow them to operate.