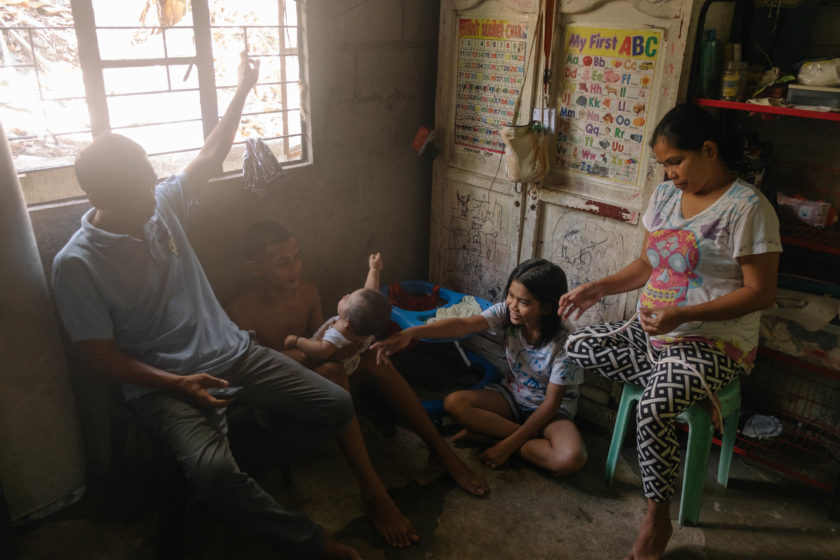 “Four months of being locked up is traumatic for children. The government should consider their mental health. They should not be locked up anymore.”

MANILA – Child rights advocates said the uncertainty brought about by the COVID-19 is taking toll on children’s mental health.

The Philippines has the longest and strictest lockdown and the lack if not absence of social protection provided to poor families affect the children.

Didith van ler Linden, executive director of Action for the Care and Development of the Poor in the Philippines (ACAP), said in a recent webinar that in the beginning, the children were very happy. “They had the whole family with them, something they missed in normal times. But the uncertainty eventually brought fear of the mysterious virus, brought insecurity of the future, and of course, hunger,” she said.

Since the lockdown, ACAP has been providing psychosocial assistance and food relief to six urban poor communities in Parañaque, Pasay, and Muntinlupa. These include art activities for the children to help them deal with the trauma they are experiencing.

From the essays and drawings submitted to them, Linden said they have observed their “fears and frustrations from being cooped up” and also “sensed their confusion and their insecurities.”

“Amid the pandemic, children are locked up in their small homes, humid and without proper ventilation. You can imagine how difficult it was for them,” she said.

Among the cause of worries for urban poor children, said Linden, is the planned online and distance learning when classes resume in August.

“Here they realized how uneven the playing field in education has become for them. They know only the rich can do online education,” she said.

With classes set to resume in two months, the child rights advocate said there is “no normalizing factor” around children. Linden urged the education department to prepare school children on the planned online and distance learning.

Small-group activities initiated by child rights advocacy groups should be allowed in communities, she said, “to address the trauma, and to play and feel normal again.”

“Four months of being locked up is traumatic for children. The government should consider their mental health. They should not be locked up anymore,” she said.

Of the 27 million Filipino students in the government’s K+12 program, only 10 million children have enrolled, according to Alliance of Concerned Teachers.

With the emotional and mental whirlwind that Filipino children had to confront amid the pandemic, Linden expressed hopes that the young ones have not lost their respect for authorities “after seeing how unfair their families have been treated during this pandemic.”

“They saw how their parents looked for food and aid,” she said.

Jovy dela Cruz of the Association for the Rights of Children in Southeast Asia said they have also documented various rights violations among children. Cutting of their hair and putting them in dog cages and in coffins were among the documented punishments for children who were reportedly caught for breaking curfew hours.

Save the Children has earlier issued a statement calling on local officials to adhere to existing laws on proper treatment of children and youth.

In the same webinar, child rights advocates also called for protection of children amid the increase of reported cases of sexual violence. More reporting mechanisms, they said, should be provided, especially since they are no longer attending physical classes in school.

Child rights advocates presented their findings through a webinar hosted by Salinlahi.