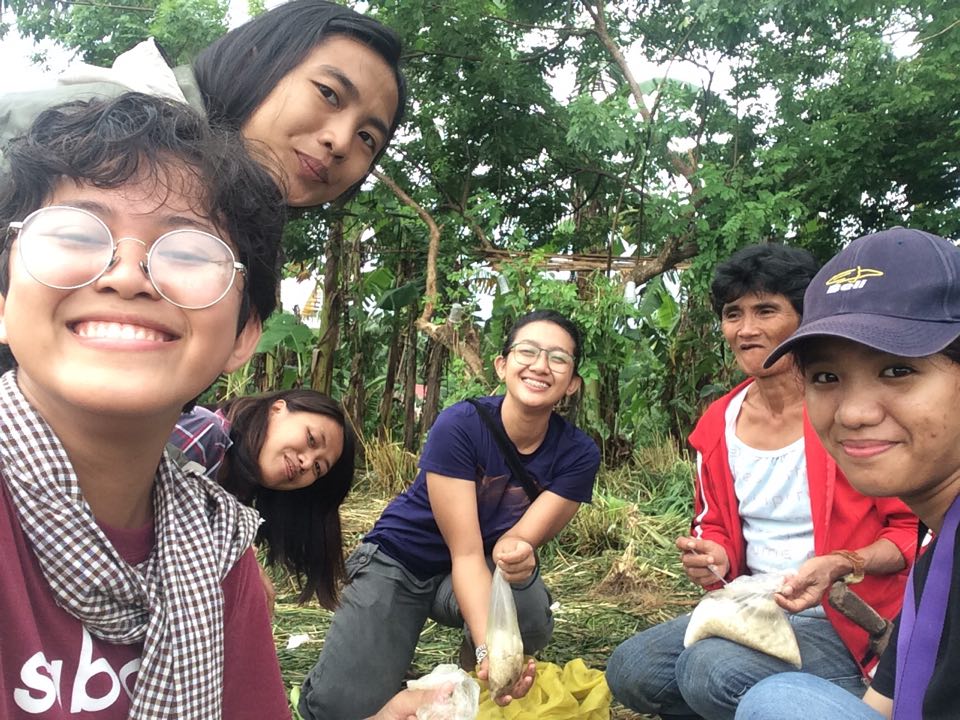 She is a woman one could not forget. She is fairly small, barely reaching five feet in height, but is armed with a bright, toothy smile, a sharp sense of humor, and a tender “Sige, anak,” to every young person she meets.

Carmelita Abaya, 53, is one of the famers of Katipunan ng mga Lehitimong Magsasaka at Mamamayan sa Lupang Ramos (KASAMA – LR), a farmer’s organization fighting for the distribution of the 372-hectare Lupang Ramos in Dasmariñas, Cavite to farmers who have occupied and tilled the land for the past century.

Nanay Carmelita, as she is fondly called, recounts her childhood living in Lupang Ramos. She, like many other farmers in the organization, had been born and raised in that land.

She joined KASAMA-LR in 2010, upon seeing their efforts towards attaining genuine land reform, as opposed to the people they called ‘kontras’, who already have agreements with land developers such as the Ayalas, who are willing to pay a hefty sum in exchange for the land they know to be home. Even the police seem to be in on it, she says, pointing towards the kontras’ camp, which was visible from theirs.

The 372-hectare land, now called Lupang Ramos, was formerly owned by Spanish friars. When U.S. colonizers replaced the Spanish at the turn of the 20th century, the land was called ‘Lupang Kano’ and was subjected to the Land Registration Act of 1903. But tenants, including Nanay Carmelita’s relatives, didn’t have the resources or assistance by the government to list down the land as theirs. Rich Dasmariñas-based families did so instead. Original owners became kasamá or was forced to share parcels of land with the new owners on basis of rent. In 1965, Emerito Ramos claimed the property and started planting sugarcane. The tenants were evicted from the vast farmlands and settled on the margins — at the riverbanks, where they planted vegetables and banana to subsist on. From farmers who tilled their own land, they became farmworkers inside the Ramos’ hacienda. Several bogus land reform programs and court struggles later, members now under the banner of KASAMA-LR still assert their rightful ownership to Lupang Ramos. An ironic name for the estate, really.

Nanay Carmelita says there is nothing left to do but fight. She shares her relation to Nanay Masang, an icon of the Lupang Ramos struggle in the 90s. Nanay Masang, Nanay Carmelita’s aunt, was known for using a Good Morning towel as a weapon of resistance, when she used it to threaten to strangle the tractor driver tasked to destroy the famers’ crops which were fruits of their land occupation movement.

Their organization is strong and steadfast, she says, so she does not worry. She knows that what they are fighting for is not just a piece of land, but their families, their history, their livelihood, and their lives.