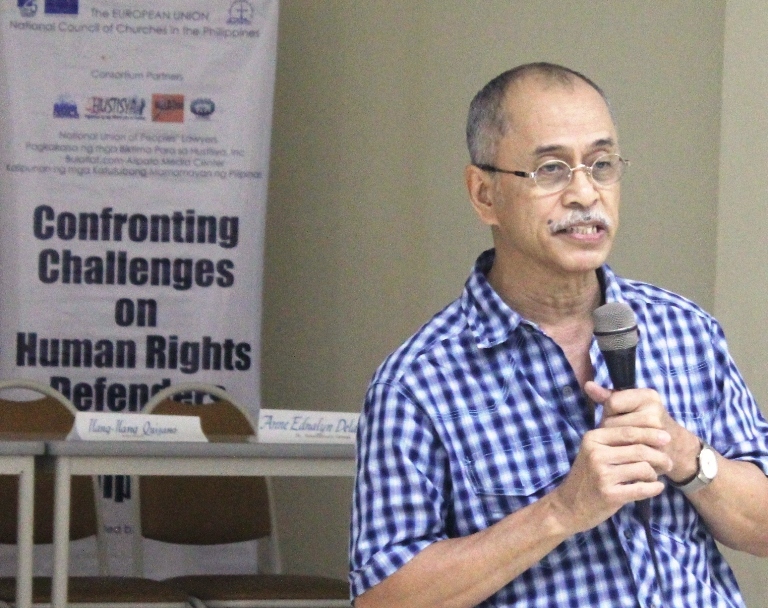 MANILA – Multi-awarded and progressive filmmaker and writer Bonifacio Ilagan is this year’s recipient of Gawad Plaridel, the award-giving body of the University of the Philippines’ College of Mass Communication for Filipino media practitioners.

In a statement, the UP College of Mass Communication said Ilagan “excelled and provided distinctive contributions in various media platforms, including film, television, theatre, among others. For his 43 years of steadfast and outstanding recognitions, Ilagan has practiced critical, socially responsible, and morally upright service.”

Apart from being known for his craft, Ilagan is also a staunch human rights advocate and is very much vocal against the return of the Marcoses to power. He was among the hundreds of youth activists imprisoned during the Marcos dictatorship. His sister Rizalina was forcibly disappeared in 1977 by state security agents. She remains missing to this day.

Read: The cruelty of enforced disappearances: An abhorrent crime against humanity

Named after Marcelo H. Del Pillar, Gawad Plaridel of the UP College of Mass Communication aims to recognize Filipino media practitioners who “believe in a vision of a Philippine society that is egalitarian, participative, and progressive, and in media that is socially responsible, critical and vigilant, liberative and transformative, and free and independent.”

Among its previous recipients are writers Eugenia Duran-Apostol and Jose Lacaba for print, actress Vilma Santos and writer Ricky Lee for film, Cecilia Lazaro and Tina Monzon-Palma for television, Kidlat Tahimik for independent film, to name a few.

The ceremony will be held on Nov. 13 at the UP Film Center.