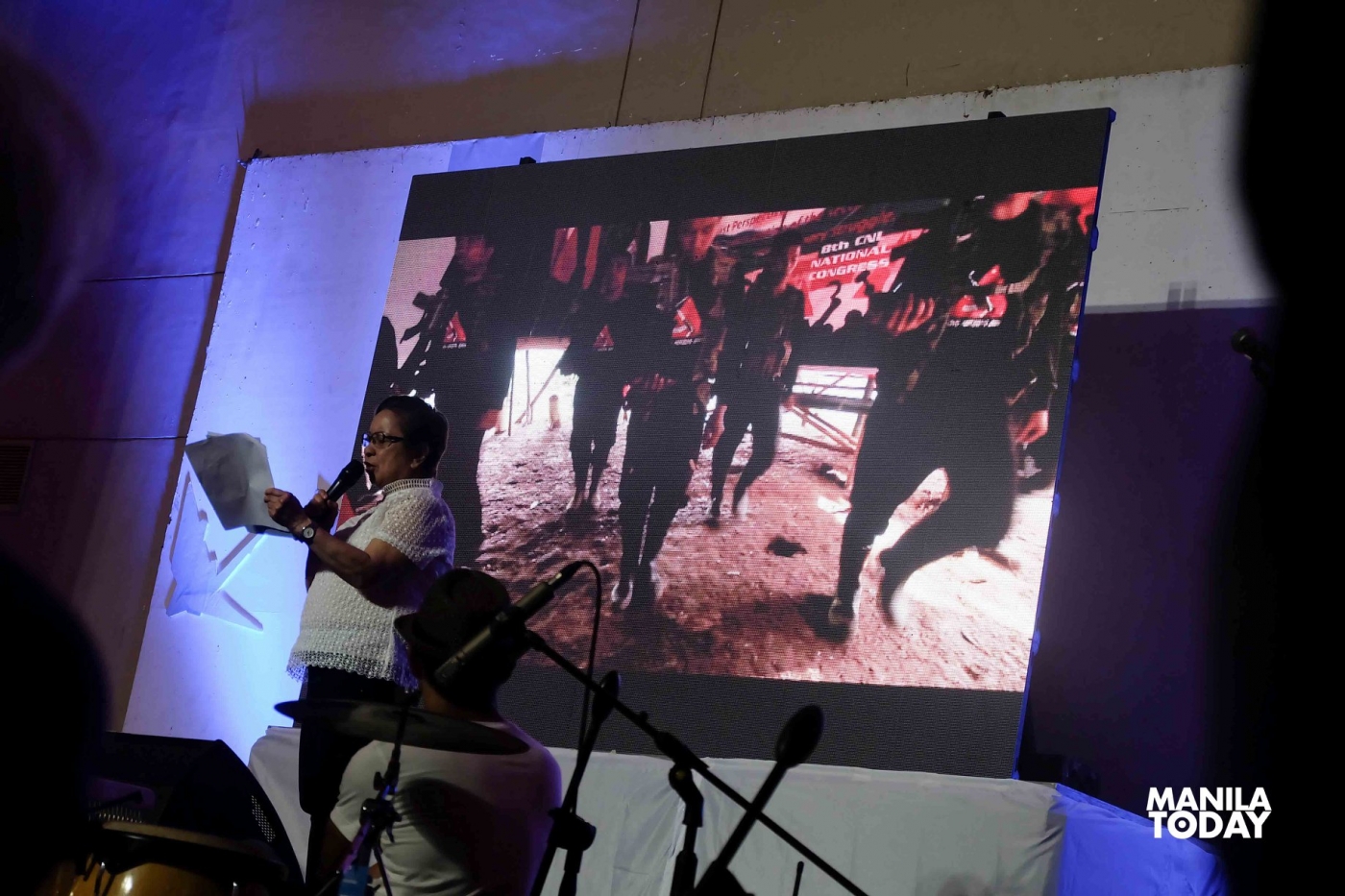 Coinciding with the 45th anniversary of the National Democratic Front of the Philippines (NDFP), Pilgrims for Peace, Kapayapaan Campaign for a Just and Lasting Peace (Kapayapaan), and peace advocacy groups expressed today their high hopes on the recent developments in the peace negotiations between the Government of the Republic of the Philippines (GRP) and the NDFP.

In a peace forum at the University of the Philippines Bahay ng Alumni in Quezon City, the groups said that they welcome the publicly expressed openness of the GRP and the NDFP to resume the talks after more than 60 members of Congress signed House Resolution 1803 that supported the calls for the resumption of the peace negotiations.

Former NDFP chairperson and is currently in the NDFP peace panel Luis Jalandoni surprised the audience in his presence during the peace forum with his wife and fellow NDFP peace consultant, Connie Ledesma. Former Bayan Muna Partylist Representative Satur Ocampo and Kadamay Chairman-Emeritus Nanay Mameng also delivered their speeches against the dictatorial and tyrannical rule of President Duterte during the forum.

Pilgrims for Peace and Kapayapaan stressed out that the clamor for a peaceful but just resolutions of the roots of the armed conflict remains undeniably. They added that “a broad section of our people, even from the government side of the negotiating table reject the militarist solution being pushed by a few but powerful peace spoilers.”

“These warmongers do not have the interest of people and that of the nation at heart. Their public statements opposing the resumption of the talks do not serve anyone’s interests but their own,” Kapayapaan convenor, Sharon Cabusao-Silva said.

Silva also called on the Duterte government to resume the peace talks without preconditions.

In their statement given to the media, peace advocates said that “while (recent) significant and unprecedented gains provide the ‘conducive’ environment for resuming the peace talks, a sincere adherence to its noble intentions should do away with any precondition for its resumption.”

“The peace negotiations are one true way of averting the full escalation of armed conflict and its toll on human lives,” said Rt. Revd Joel Porlares, convenor of Pilgrims for Peace.

He added, “If sincerely upheld by both parties, the peace negotiations, through the Joint Monitoring Committee (JMC), can likewise serve as an effective mechanism for the redress of human rights violations so badly-needed in this country.”

The groups also insisted that the gains of the peace negotiations recently should necessarily serve as the bases for agenda-setting in the next round of talks.

Cabusao said, “ We urge both parties to pay attention to the implementation of the Comprehensive Agreement on Respect for Human Rights and International Humanitarian Law (CARHRIHL) to address burning issues troubling our nation such as that of extra-judicial killings, release of political prisoners and upholding of fundamental human rights.”

Porlares added, “For the peace talks to substantially proceed, we urge the two parties to activate the JMC pursuant to the provisions of CARHRIHL and let it serve as a mechanism for addressing complaints related to human rights violation related to the conduct of the armed conflict.”

Pilgrims for Peace and Kapayapaan also called for the hastening of the signing of the Comprehensive Agreement on Socio Economic Reforms (CASER) which they said will benefit people’s welfare.

They said that whether jointly or separately implemented by both parties, CASER provisions on agrarian reform, national industrialization and rights of indigenous communities who are experiencing the worst form of human rights abuses at the hands of military and paramilitary forces will be helpful for the majority of Filipinos.

Peace advocates called on all Filipinos to once more collectively express support for the continuation of the peace process and reiterate calls for genuine changes in the country.

“Let our calls for the resumption of the peace negotiations reverberate throughout this country and beyond,” Silva said.