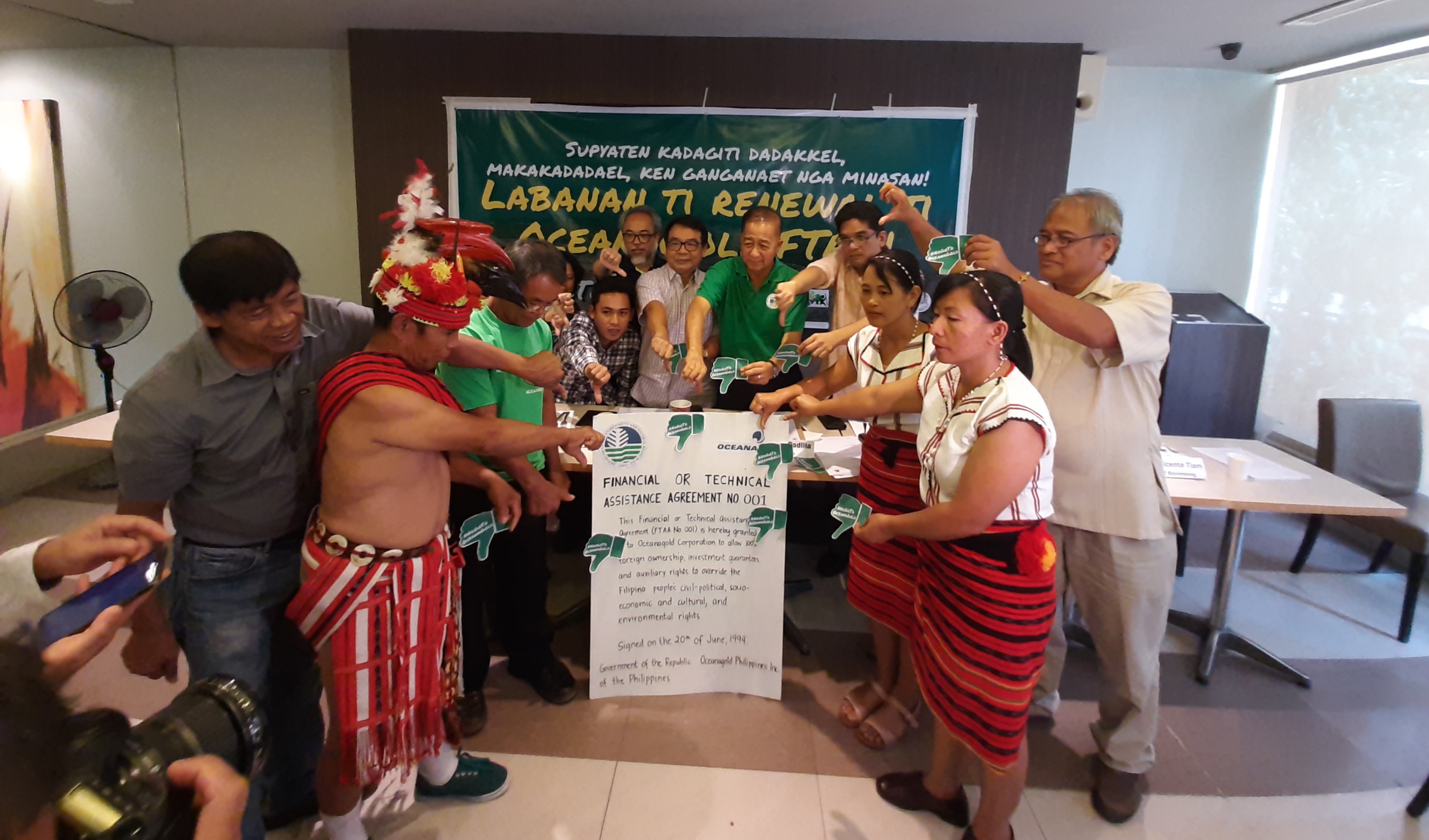 Oceanagold’s FTAA license is set to expire June 20 and the local government of Nueva Vizcaya, headed by Governor Carlos Padilla stood firm in their stand to prevent its renewal and called on President Rodrigo Duterte and Department of Natural Resources (DENR) Secretary Roy Cimatu to ban the mining company permanently. The provincial government already filed their petition yesterday.

In a statement, Leon Dulce, national coordinator of Kalikasan People’s Network for the Environment, said that the indigenous community of baranggay Didipio, Kasibu, Nueva Ecija, has long been battling Oceanagold in operating in their area because of its environmental and human rights offenses.

The mining company is also under investigation by nine United Nation special rapporteurs as Kalikasan PNE and Samahang Pangkarapatan ng Katutubong Magsasaka at Manggagawa Inc. (Sapakkmmi) filed a complaint last December 27, 2018. The complaint consisted of charges such as rampant and civil and political rights violations, violation of rights and other environmental rights, and deprivation of livelihood and other economic and social rights.

“We are hoping that the UN Treaty bodies under the special rapporteurs will decide based on the complaint. We are hopeful they will rule in favor of us so that Oceanagold can finally answer their offenses and be held accountable, said the complaint’s legal counsel and former Bayan Muna Rep. Neri Colmenares.

In 2014, an environmental investigation mission led by scientist group Agham found damages to forests, air pollution from dusty roads and stockpiles, and massive water pollution, all affecting the health and livelihood of affected residents.

Lorenzo Pulido of Didipio Earth-Savers Multi-purpose Association (Desama) narrated in detail how Oceanagold’s mining operation was destroying his community’s natural resources and how their daily life was affected.

“The people cry the lack of potable drinking water. Ever since they operated in the area, the groundwater disappeared. Even the rivers were also greatly damaged. We cannot bathe in there anymore because every time we do, our skin develops rashes,” Pulido said.

Dulce of Kalikasan PNE demands reforms on how mining operations are being managed by the government.
They are pushing for Nueva Vizcaya to be mining-free and the other near provinces that have been affected by Oceanagold.

He stressed the need for mining policies that will require the mining companies to make minimal impact on affected natural resources.

The contracts that the government give to the companies should not put the affected communities at a disadvantage but rather ensure that the promised environmental responsibilities would be met, Dulce said.