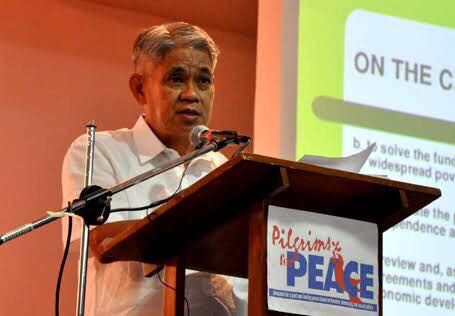 The firearm and grenade reportedly seized from the apprehended consultant of the National Democratic Front (NDF) were only planted, National Union of Peoples’ Lawyers (NUPL) president Atty. Edre Olalia claimed on Friday.

“When NDF consultant Raffy Baylosis was seized Wednesday afternoon, there was no outstanding warrant against him. The gun was simply planted,” Olalia said in a statement.

“During the inquest yesterday, suddenly a hand grenade decided to come out of thin air. So the false charge was not only illegal possession of firearm which is bailable. Now to make the case non-bailable, the gun decided to give birth to a hand grenade, an item which was not mentioned in the police spot report issued earlier,” he said.

Moreover, Olalia noted that the Manila Regional Trial Court (RTC) Branch 32, which hears the murder charges filed against Baylosis, denied the earlier motion of the prosecution to cancel his bail and order his rearrest.

“So the only basis for his arrest was the concocted story that a known 69-year-old peace consultant was swaggering around a busy city street with a gun in his waist and a grenade ‘associated’ (the police’s term, not ours) with the brown rice he was holding,” Olalia said.

“What a way to plant and cook evidence,” he lamented.

Baylosis and his companion are currently detained at the Philippine National Police headquarters in Camp Crame, Quezon City. /jpv

ADVERTISEMENT
Don’t miss out on the latest news and information.