Outcry in Philippines Over General’s ‘Warning’ to Female Celebrities 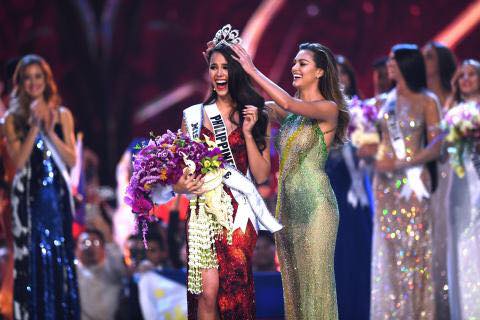 Accusing a women’s rights group of ties to Communist rebels, the general told an actress she could be killed if she associated with the organization.

MANILA — The 22-year-old actress’s voice broke last week as she talked about being threatened online with rape. She said she worried about the environment that her young nieces would grow up in, and called for creating “a better future for everyone.”

This week, a Philippine general said that unless she changed her ways, she could end up dead.

The general, Lt. Gen. Antonio Parlade — the de facto head of a military task force fighting a long-running Communist insurgency in the Philippines — directed his criticism not at the remarks made by the actress, Liza Soberano, but at the forum where she made them: an online discussion on the rights of women and girls organized by the youth wing of Gabriela, a women’s rights group that the military claims is tied to Communist guerrillas. (Gabriela denies the accusation.)

“Liza Soberano, there’s still a chance to abdicate that group,” General Parlade said on Facebook. Otherwise, he said, she would “suffer the same fate” as Josephine Ann Lapira, a young activist who was killed in a 2017 battle between the military and the Communist rebels, the New People’s Army.

The general’s comments led to an outcry from social media users, liberal politicians and the Commission on Human Rights, an independent government body.

“Coming from a high-ranking military official, such a statement is a form of suppression and restriction that serves to dissuade those who speak up for their beliefs and advocacies,” a member of the rights commission, Gwendolyn Pimentel-Gana, said on Friday.

A lawyer for Ms. Soberano, Jun Lim, said that the actress was “apolitical,” and accused General Parlade of “red-tagging” her — that is, accusing her of being a Communist. “Expressing her love and respect for women and children is her personal advocacy,” Mr. Lim said.

General Parlade denied implying that Ms. Soberano was a Communist, saying that he had meant only to warn her against associating with militants. He said he supported women’s rights.

But some of the general’s critics said his comments reflected a hostility toward women that is prevalent in President Rodrigo Duterte’s government.

Senator Risa Hontiveros denounced Lt. Gen. Antonio Parlade for his remarks.“He should not use his power as a general and threaten these women,” she said.Credit…Philippines Senate/EPA, via Shutterstock

In his Facebook remarks, General Parlade also warned another Filipina celebrity — Catriona Gray, who won the Miss Universe pageant in 2018 — against associating with left-leaning activist groups. And he accused Angel Locsin, an outspoken actress, of being involved with the rebels.

Ms. Gray, in particular, has been vocal about the government’s crackdown on human rights organizations and its passage of a contentious antiterrorism law that rights groups say was designed to stifle opposition voices.

“To Liza and Catriona: It is difficult and painful to be at the front lines fighting beside persons oppressed by a norm that advocates rape, murder and exploitation,” Senator Risa Hontiveros said by telephone.

“We will be monitoring him from now on,” Senator Hontiveros said of General Parlade. “He should not use his power as a general and threaten these women.”

Mr. Duterte, a self-confessed womanizer, has been repeatedly accused of misogyny. He once joked about the gang rape of an Australian missionary during a prison riot in the southern Philippines, saying that he should have been allowed to participate.

The New People’s Army, the armed wing of the country’s Communist Party, has been waging guerrilla warfare since 1969. Mr. Duterte, who calls himself a leftist and who once studied under the party’s founder, Jose Maria Sison, wooed the rebels to the negotiating table soon after taking office and had hoped to complete a peace deal before stepping down in 2022.#