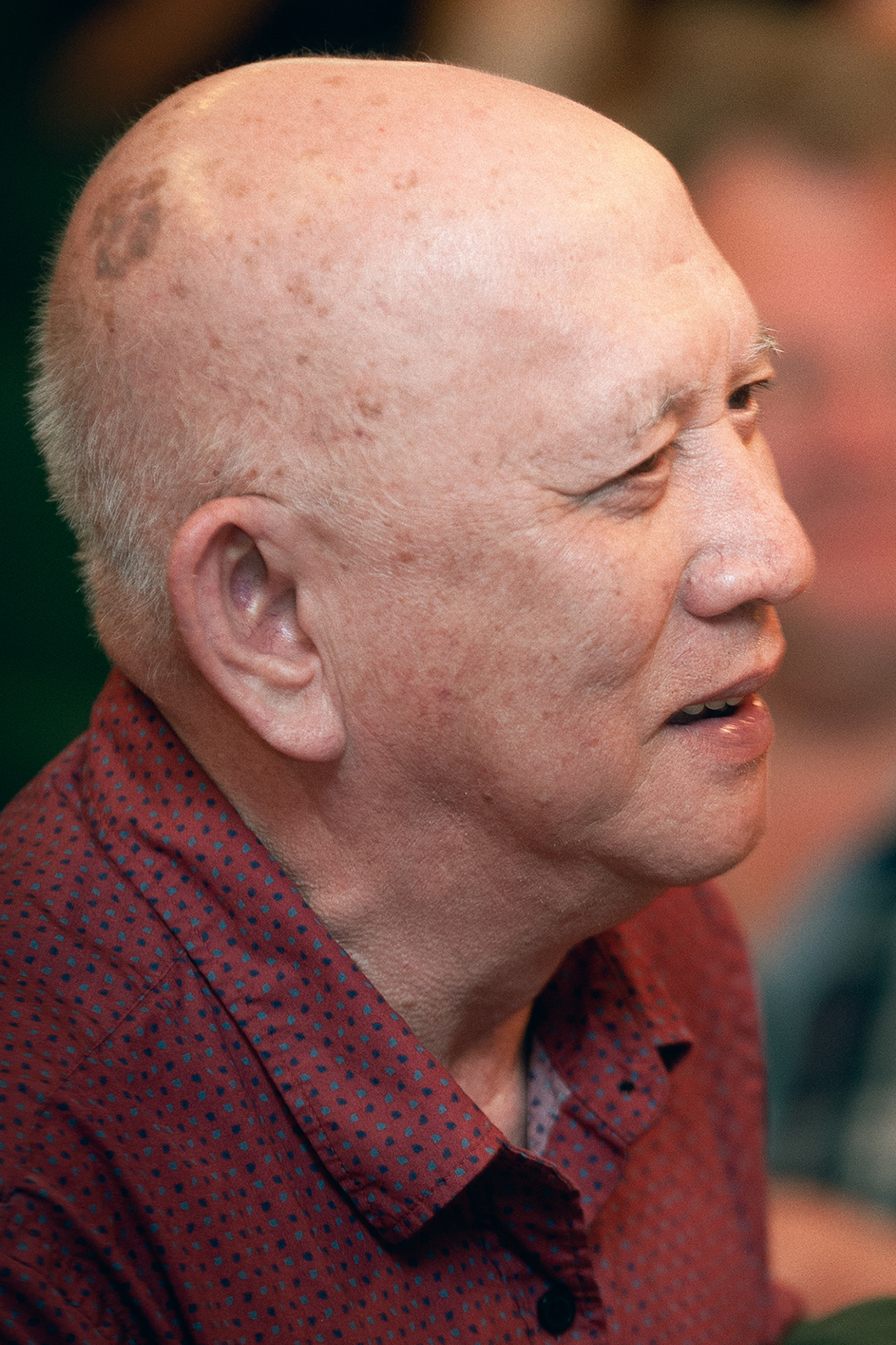 UTRECHT, The Netherlands – The chief peace negotiator of the National Democratic Front of the Philippines (NDFP) Fidel Agcaoili was given a final tribute with kind words, nationalistic songs and a simple mass on Friday, July 31, the day of his cremation.

Agcaoili passed away unexpectedly on July 23. He was 75. The NDFP said, citing the doctor’s findings, the cause of his death was pulmonary arterial rupture which caused massive internal bleeding.

Jose Maria Sison, NDFP chief political consultant and a close friend of Agcaoili, was present at the wake with his wife Julie de Lima. In his tribute online, he called Agcaoili “a great Filipino patriot and communist fighter.”

“We advanced together in our development ideologically, politically and organizationally in pursuit of the people’s democratic revolution in the context of the world proletarian revolution,” he said.

“Ka Fidel deserves to be honored as a great Filipino patriot and outstanding communist fighter even only on the basis of what is publicly known about him,” Sison said, adding that Agcaoili, despite growing up in a privileged family, “became a revolutionary without ever boasting or feeling sorry that he had sacrificed so much for the people and the revolution.”

Agcaoili was sent abroad by his family to dissuade him from social activism but according to Sison, his friend came back in 1964 and joined the preparations to establish KM in 1964.

“He was never afraid of the tremendous odds and the risks to life, limb and liberty. He did not expect any kind of material reward for all his work and sacrifices….Even while he was a high executive of his family’s insurance company, he helped organize studies and produce publications and performed the lowly tasks that had to be undertaken in the underground in support of the mass movement and in the establishment and development of the CPP,” Sison said.

Aldo Gonzales who was with Agcaoili at their office almost every day, said he would remember him as “a true Filipino revolutionary who dedicated almost 50 years of his life to effecting socio-economic political change in Philippine society, attaining a just and lasting peace in the Philippines.”

For other friends and colleagues in The Netherlands, Agcaoli was more than a comrade but a mentor, grandfather, father, brother, uncle and confidante.

Friend and colleague at Migrante-Utrecht Jun Saturay said Agcaoili was not just involved in Filipino activist organizations in the Netherlands but very much into personal relations.

(He had deep relationships with the members of the organizations here in Utrecht. He gave pieces of advice and checked their situations. He also had special relationship with children of our colleagues. They shared secret handshakes and they sang together.)

He also recalled how Agcaoili helped their family during the time when they had no place to stay in the Netherlands, adding that all his relatives were close to him. That helped shaped their political awareness, he said.

(He knew when you needed guidance and help even if you didn’t ask for it. He always told me to remain calm and have patience especially when you are talking about issues on Philippine society.)

Dhaizie Bongay of Migrante France said Agcaoili contributed to migrants’ education by sharing his ideologies and had the zest of engaging the youth.

Marlon Lacsamana, secretary-general of Migrante Europe said it was Agcaoili who told him that being a member of the LGBT community and an activist is something to be proud of.

(Agcaoli had left an indelible mark on my beliefs and principles. He said that an LGBT like me had a place not just in movement but in the Philippine society.)

Friends know Agcaoili as a low-key person who didn’t want to be in the limelight.

(During the peace talks in 1986, he wasn’t on the papers but he was one of the machineries behind it. He helped with international work, relations work. He built tremendous relationships.)

Because of his activism, Agcaoli and his wife Chit were arrested in 1974 and became among political prisoners detained the longest at more than 10 years.

After his detention, he helped establish and became chairperson of the Samahan ng Ex-detainees Laban sa Detensyon at Aresto (SELDA) that sought the release of all political prisoners. He also helped organize Families of Victims of Involuntary Disappearance (FIND) in 1985 and became its executive director.

He joined exploratory talks for peace negotiations between the NDFP and the Philippine government from 1989 and became the vice chairperson of the NDFP negotiating panel when the two sides adopted The Hague Joint Declaration as the framework for the GRP-NDFP peace negotiations.

When Luis Jalandoni resigned as chief peace negotiator in 2017, Agcaoili took over. Between 2016 and 2017, he met with President Rodrigo Duterte as many as six times, according to Sison.

Peace talks between the government and the NDFP fell in 2017 due to disagreements, with government accusing the communist party of continuing attacks on state troops despite negotiations.