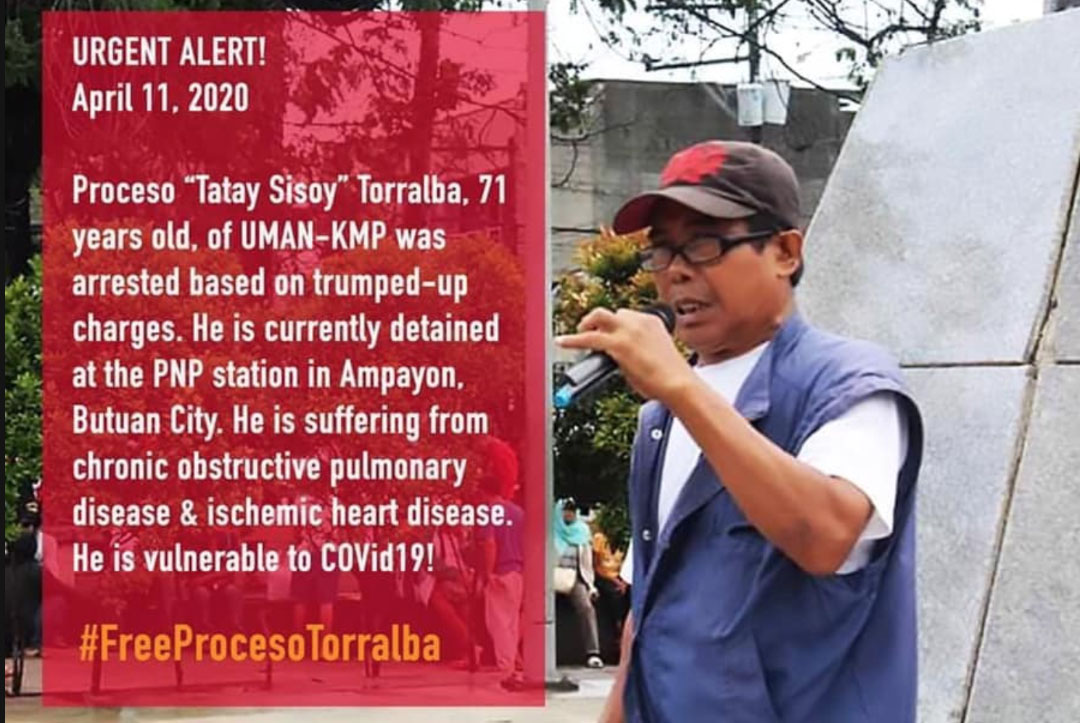 KMP decried the charges as fabricated, saying that Torralba has been a peasant leader since 1985.

MANILA – A veteran peasant leader was arrested by authorities this afternoon at his residence in Purok 3, branagay Bonbon, Butuan City in Agusan del Norte, according to Kilusang Magbubukid ng Pilipinas.

Proceso Torralba, 71, has been charged with kidnapping and serious illegal detention in connection to the December 19, 2018 incident where 16 soldiers and paramilitary members were captured by New People’s Army (NPA) guerrillas.

KMP decried the charges as fabricated, saying that Torralba or Tatay Sisoy to his colleagues has been a peasant leader since 1985. He has been the chaiperson of the local chapter of KMP since 1988.

From 2009 to 2012, Torralba led the campaigns against high loan interest rates, and for the increase of farm workers’ wages.

Torralba is now in the custody of the Philippine National Police in Ampayon, Butuan City.