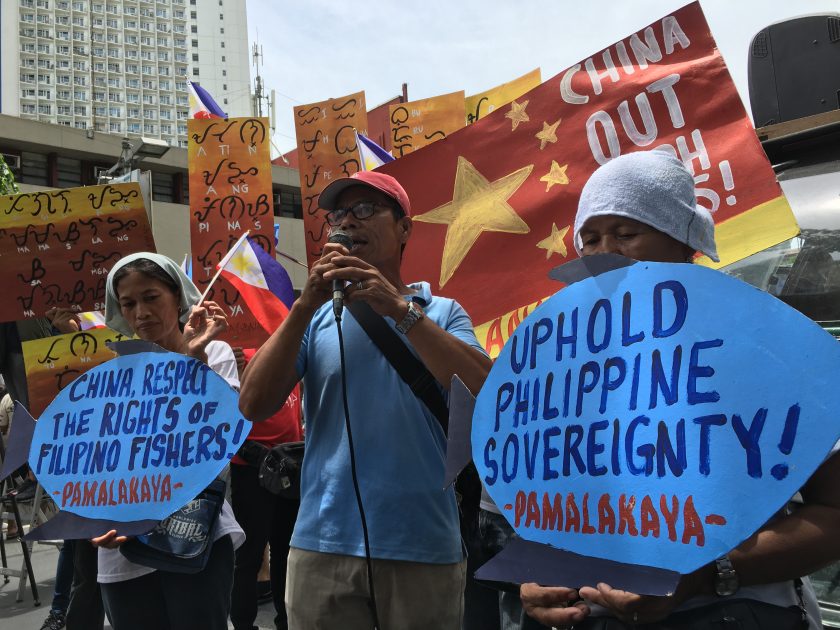 “(China) acts as if they own the entire disputed waters and that they can do things as they wish.“

“(China) acts as if they own the entire disputed waters and that they can do things as they wish. This must be stopped,” said Bayan secretary general Renato Reyes in a Facebook post.

The Department of National Defense confirmed the incident that happened in the Recto Bank, in a statement yesterday, adding that Vietnamese fisherfolk rescued the Filipinos who were “left to the elements.”

In 2016, then presidential aspirant Rodrigo Duterte issued tough statements against China, saying that he would take a jetski to the disputed Spratlys to assert the country’s sovereignty. These days, however, the present administration has not only softened its stance against China and its activities in the disputed waters but has also agreed to lopsided loan deals with the Chinese government and put at risk the country’s natural resources.

Incidentally, the “hit-and-run” incident happened yesterday just as progressive groups were holding a protest action in front of the Chinese consulate in Makati City to assail China’s illegal activities in the disputed waters, as part of their commemoration of the Philippine Independence Day.

Reyes said the Philippine government is either neglecting or intentionally not doing anything in asserting its victory before the International Tribunal for the Law of the Sea that ruled in favor of the Philippines. As such, he added, China is acting like a bully.

Filipino fisherfolk group Pamalakaya said perpetrators must be held accountable, urging Duterte “not to let this crucial issue to pass.”

The post PH gov’t urged to take firm stance vs. China over ‘hit-and-run’ in disputed waters appeared first on Bulatlat.