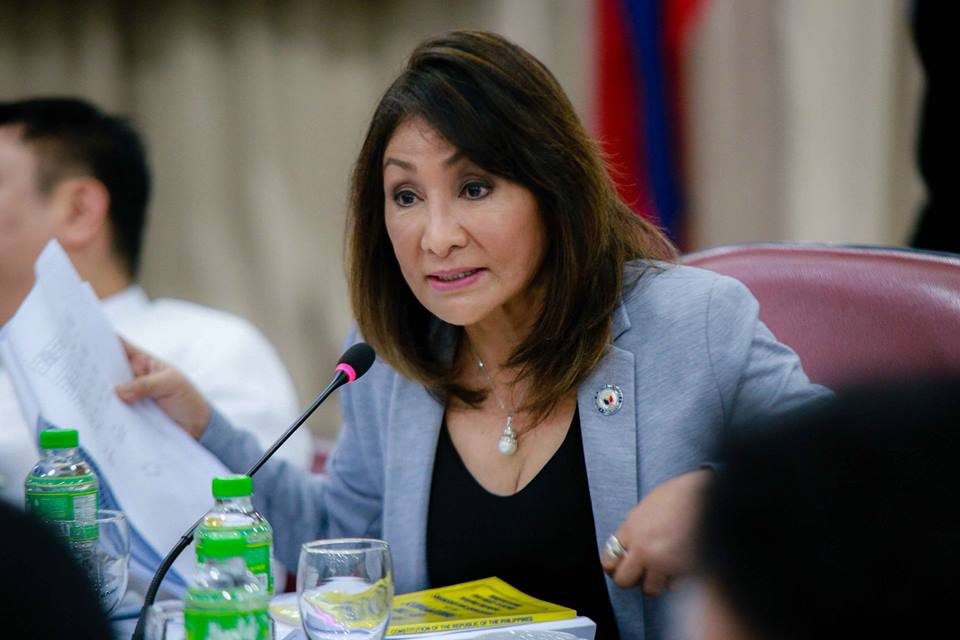 House Deputy Speaker Gwen Garcia said Wednesday that the Philippine National Police (PNP) should not use as a “convenient excuse” the lack of a punitive anti-wiretapping law in their apparent inability to halt the illegal drug trade at the New Bilibid Prison (NBP).

“I’m just aghast now when Supt. Rigor says that we cannot monitor the communications coming from these drug lords, “Inaantay namin yung [anti-]wiretapping law (We’re waiting for the anti-wiretapping law).’ That cannot be a convenient excuse right now,” she said.

Attending the proceedings aside from PNP officials was Bureau of Corrections (BuCor) Officer-in-Charge Supt. Roberto Rabo, as well as some Department of Justice (DOJ) officials.

The BuCor supervises the NBP which has been the focus of Congressional inquiries for the past two years due to the rampant illegal drug activities there and reports about how the detained drug lords live in luxury while inside the prison facility.

“Right now with regards to the operation of the NBP, we’re continuously monitoring the activities,” Rigor said when asked by Oaminal what the PNP has been doing to address the matter.

“Actually we [need] the anti-wiretapping law because as mentioned earlier, most of the activities there are concentrated on transactions using cellphones. So we continuously monitor the activities transacted within the NBP, but unless and until the anti-wiretapping bill will be enacted, we cannot go against those incarcerated in the NBP,” Rigor added.

The PDEG official was apparently referring to legislative efforts to “improve” Republic Act (RA) 4200 or the Anti-Wiretapping Law so that law enforcers can make better use of it in going after drug lords.

Rigor’s remarks did not sit well with Garcia, who reminded the officials in attendance that NBP inmates should not even have access to mobile phones in the first place.

“I cannot accept the statement of Police Supt. Enrico Rigor…[It] may become a convenient excuse in order to say that we cannot really curb the illegal drug trade inside the NBP–where cellphones are prohibited–because we’re waiting for the new anti-wiretapping law.

“This gives more excuse to the authorities not to do their jobs,” she reckoned.

“There is, I suppose, an existing policy to block all cellphone communications [from inmates]. We bought [signal] jammers. In other words, cellphones are illegal. The reason you’re putting in jammers is because kahit banned na nga yan, ewan ko kung bakit may nakakalusot pang cellphones (even if they are banned, cellphones still find their way inside).

“Installing jammers is a tacit [admission] of the fact that they cannot even implement that policy,” Garcia said in front of the police and jail officials.

“Why don’t we first start…eto mga drug lords to eh (These are the drug lords). Sila yung nagte-trade (They are the ones conducting trade), why don’t we start with that,” Garcia said, adding that solving the drug problem has always been the top agenda of the Duterte administration.

“Once you nip the head, the arms and legs would necessarily be affected.”