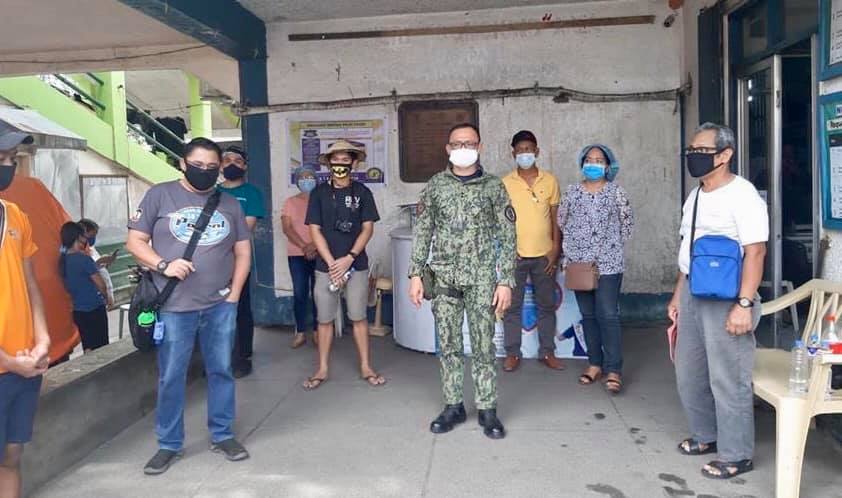 The rest of the arrested volunteers were also charged with similar cases except for usurpation of authority. They were, instead, charged with inciting to sedition.

The prosecutor has yet to issue an inquest resolution and Casilao and the volunteers are still detained at the Norzagaray Municipal Police office.

The police said that instead of relief goods, the volunteers would distribute copies propaganda materials, referring to Pinoy Weekly, an alternative news publication.

SAKA said Pinoy Weekly is not a propaganda materials but an established news outfit. The group also said that the publication contains information about the global pandemic COVID-19.

SAKA maintained there is nothing wrong in delivering food packs to those in need of aid.

Kenneth Guda, editor in chief of Pinoy Weekly, said the seizing of copies of their publication is an outright violation of press freedom.

“It seemed like the Norzagaray police had forgotten that the right to free speech and expression is not bound to be repressed even during lockdown,” said Guda.

Guda said that the articles produced in the “anti-government propaganda” copies were well-sourced.

Since the lockdown, Sagip Kanayunan and Tulong Anakpawis were able to provide relief aid to more than 2,000 families in Cavite, Bulacan, Rizal, Batangas, Isabela, Cagayan and Sorsogon, according to KMP.

Contrary to police claims that the relief operation was illegal, Pamalakaya, which is part of Sagip Kanayunan, asserted that their activity was duly authorized by Bureau of Food and Aquatic Resources (BFAR).

The food pass was acquired by Pamalakaya on April 17, and that the relief operation that day was the second batch already. The pass is a requirement needed to buy vegetables in the market and distribute these to local communities.

Pamalakaya called on the Department of Agriculture (DA) and BFAR to deplore the Norzagaray police and the Department of Interior and Local Government (DILG) for ‘invalidating the official food pass’ that they have issued.

“The illegal arrest and detention of our seven volunteers including Casilao is not only a violation of the people’s right to relief aid, but also a vile harassment against our humanitarian volunteers who are considered as frontliners for providing relief goods to the poor families,” Pamalakaya added.

Human rights organizations have called for the immediate release of Casilao and the six volunteers.

Watchdog Karapatan expressed concern on the government’s focus on arresting critics and activists rather than fast-tracking socioeconomic relief in vulnerable communities.

KMP maintained that relief volunteers were on a humanitarian relief mission and that doing so is not a crime.

The International Indigenous Peoples Movement for Self-Determination and Liberation (IPMSDL) likewise condemned the arrest and called on the government for “supportive actions to people-led and civil society group initiated solutions rather than suppression and harassment.”

“This is a time for unity and inclusion, a time to welcome legitimate dissent to map out people-responsive solutions,” IPMSDL said in a statement.

The International League of Peoples’ Struggle, meanwhile, said in a statement, “The masses have taken it upon themselves to look out for one another and provide each other support through collective efforts such as relief operations due to the government’s snail-paced, measly and obscure social amelioration program still has not reached the poor.”

Amid COVID-19 lockdown and land conflict, a village wages struggle to live

Informal workers find ways to earn, but still struggle because of lockdown