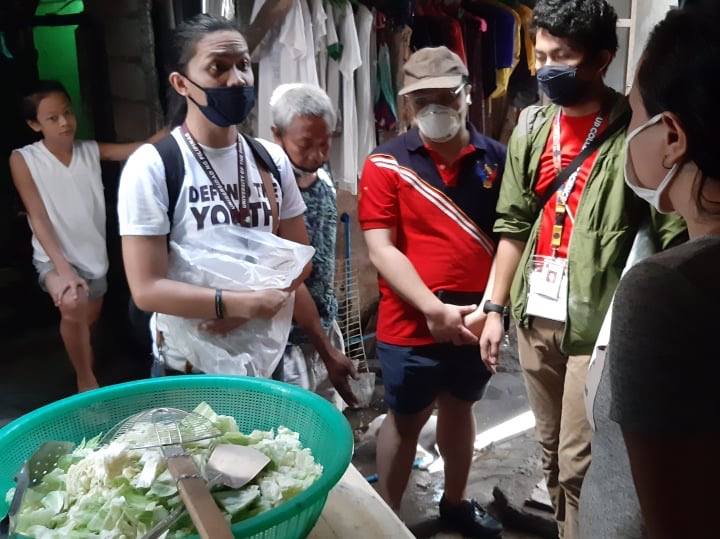 “Why is the Duterte regime on mass arrest mode? Is that the only government response they are capable of? Why are Filipinos being prevented from speaking out on their legitimate issues and grievances?”

MANILA – At least 76 were arrested by authorities in separate incidents today, May 1.

Scores of those arrested were providing meals to the poor communities of Metro Manila. Ten volunteers of a feeding program in Marikina and 18 youth volunteers of a community kitchen in barangay Central in Quezon City were apprehended by the police.

In Jaro, Iloilo, 35 members of progressive organizations were arrested while holding a protest caravan on the killing of Bayan Muna officer Jory Porquia. Seven community journalists, including the daughter of Porquia, were also nabbed and charged with violation of BP 880, disobedience to persons in authority and Republic Act 11332.

Four other activists were arrested in Paso de Blas in Valenzuela City and two workers in Rodriguez, Rizal.

Cristina Palabay, Karapatan secretary general, described Labor Day in the Philippines, “Arrests of a grieving daughter and colleagues of a slain relief worker in Iloilo, of relief workers providing aid to hungry residents of Marikina and workers in Quezon City, and of those expressing workers’ just demands for rights and welfare, staged/fake surrenders of workers in Laguna — these should make everyone realize that it is but just and it is but right to speak out and act for our people’s rights and wellbeing.”

In Camp Vicente Lim, Laguna, 16 Coca-Cola workers who were picked up by members of the Philippine National Police (PNP) yesterday were presented to the media this afternoon as New People’s Army surrenderees.

“Why is the Duterte regime on mass arrest mode? Is that the only government response they are capable of? Why are Filipinos being prevented from speaking out on their legitimate issues and grievances?” said Renato Reyes Jr., secretary general of Bagong Alyansang Makabayan (Bayan).

Tulong Kabataan decried the arrest of their volunteers, including the group’s spokesperson Joshua Marcial.

“Many of our workers, the backbone of our society, have lost their jobs during the enhanced community quarantine (ECQ). Millions are still uncertain regarding job security, as well as receiving social amelioration program and other aid from the government,” the group said in a statement.

Meanwhile, urban poor group Kadamay-Metro Manila reported that at about 4 p.m. members of the police went to the house of Fidel Columna, leader of Kilos na Homeless. The police reportedly said that they needed to be brought to the police station because of their social media posts. Also arrested are Marlina Abique and couples Danny and Ann Calunsad.

Meanwhile, members of the ACT4PH team on the other hand were able to evade arrest by showing their permit to the police in front of the members of the media and barangay officials in Visayas Ave., Quezon City.

At least 50 state agents wearing civilian clothes on board private SUVs, two police mobile, and motorcycles flagged and cordoned the team’s vehicle at the corner of Visayas Avenue and Forestry Street this morning.

“Agents in plainclothes, without identifying themselves confiscated the driver’s license and, maliciously and falsely accused him of being seen at San Roque last night. For 30 minutes, the operatives held our team at the site, demanded that the teacher-leaders alight the vehicle and to present a permit for the activity,” the group said.

ACT4PH team showed the vehicle’s interior to prove that they only had food and facemasks with them.

“The operatives could not hold the team any longer as no violation can be found,” said Raymond Basilio, secretary general of the Alliance of Concerned Teachers (ACT).

“Blocking humanitarian activities of organizations and private groups is a third blow to the suffering people who have been locked down first, then neglected by the government,” Basilio added.

Meanwhile, Kilusang Mayo Uno were also harassed on the eve of labor day as they spotted police vehicles outside its headquarters. The group said that local organizations have also reported police and military deployment across urban poor and workers’ communities in Metro Manila.

“As the country observes international Labor Day, we urge all Filipinos to condemn the Duterte regime for treating workers like criminals, instead of upholding their rights and improving their welfare,” Elmer Labog, KMU chairperson said in a statement.