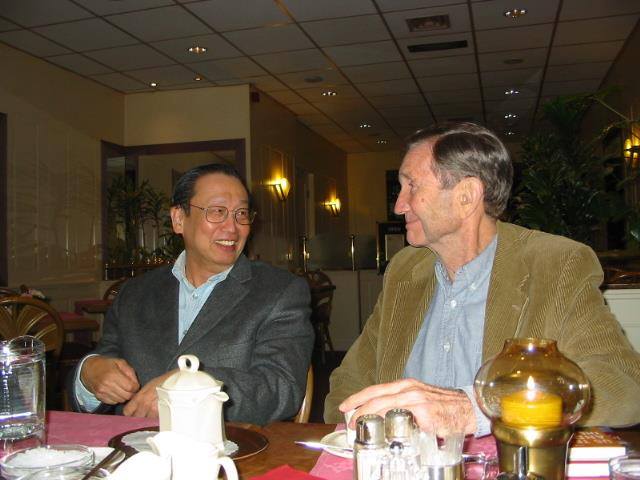 (12 April 2021) Former US Attorney General William Ramsey Clark was a champion of human rights, a staunch defender of the people’s right to national and social liberation, a fierce advocate of just peace and a resolute opponent to the imperialist policies and wars of aggression of the US.

Thus emphasized Prof. Jose Ma. Sison, chairperson emeritus of the International League of Peoples’ Struggles in a written eulogy for Ramsey Clark who passed away last April 9. Clark served as US Attorney General during the term of US President Lyndon Johnson.

“While he was US Attorney General under the Johnson administration, he was well known for standing up for civil liberties and civil rights, fighting against racial segregation and discrimination and enforcing anti-trust laws. It was in certain cases involving the US war of aggression in Vietnam that he had to agonize as a prosecutor on behalf of the US government. But after he was out of government, he visited North Vietnam as a protest against the bombing of Hanoi,” Sison related.

Sison also said Clark publicly defended him and opposed the act of the US government in designating him as “foreign terrorist” in 2002. Likewise Clark opposed Sison’s being named in the EU terrorist list in line with the US precedent. The European Court of Justice in 2009 would eventually remove Sison’s name in the EU “terrorist” list.

Ramsey Clark won the respect of the the people of the world and in 1992 he received the Gandhi Peace Award and the Peace Abbey Courage of Conscience Award for his commitment to civil rights, his opposition to war and military spending and his dedication to providing legal representation to the peace movement. The United Nations awarded him in 2002 its Prize in the Field of Human Rights for his steadfast insistence on respect for human rights and fair judicial process for all.

“Long before his demise, William Ramsey had won the love and respect of entire peoples of the world and received the honors in recognition of his greatness and concrete deeds in the service of the oppressed and exploited people in need of support and assistance.. He will always be remembered and will continue to inspire us to uphold, defend and advance the just cause of greater freedom, democratic rights, social justice, development, international solidarity and peace against imperialism and all reaction,” Sison concluded. (Pinoy Abrod Release)