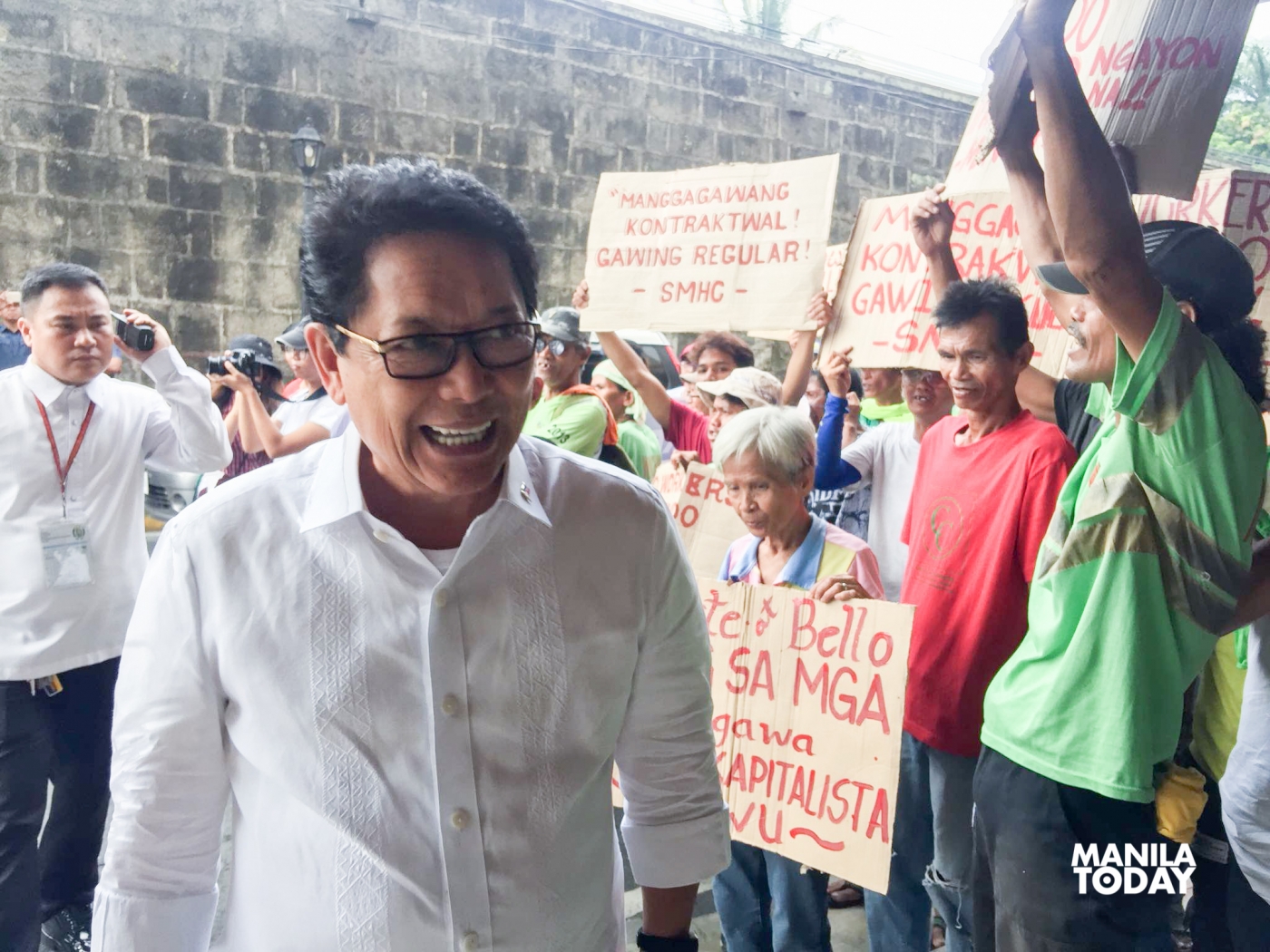 The groups said that they remain hopeful that Duterte will no longer postpone the signing of his EO and reiterated their demand for him to sign a “pro-workers and no compromise EO against contractualization.” MAWU and ALMA Kontraktwal insisted that they could no longer accept another delay in their much-awaited signing of the said EO.

Protesters also urged Duterte not to dare sign the EO lobbied by capitalists and big businesses nor water-down the EO version submitted by various labor groups. They stressed out that “only an EO that will totally prohibit and criminalize all forms of contractualization, end of contract agreement and labor-only-contracting policies” would be the only acceptable version for them.

“We have waited so long enough for President Duterte to decide on the issue of contractualization. We have long been hoping for him to fulfill his campaign promise to totally ban contractualization and take the side of the millions of Filipino workers across the country,” said Eldefonso Bello, spokesperson of MAWU and president of Samahan ng mga Manggagawa sa Harbor Centre.

Meanwhile, Maristel Garcia, ALMA Kontraktwal spokesperson added, “Despite the long overdue and series of postponements, we remain hopeful that he will not disappoint us. We hope that President Duterte will not give in to the pressure of local and foreign businesses’ interests and will start listening to the clamor of the Filipino workers for the prohibition and not just mere regulation of contractualization.”

“Ending and penalizing contractualization would be the best gift of Duterte to all Filipino contractual workers for the upcoming International Labor Day on May 1,” said Bello.

MAWU and ALMA Kontraktwal said that the Duterte government must have a change of heart and mind on its earlier pronouncement that it can’t do nothing to totally end contractualization in the country and a ‘compromise’ must be made in order for the workers and capitalists’ interests meet.