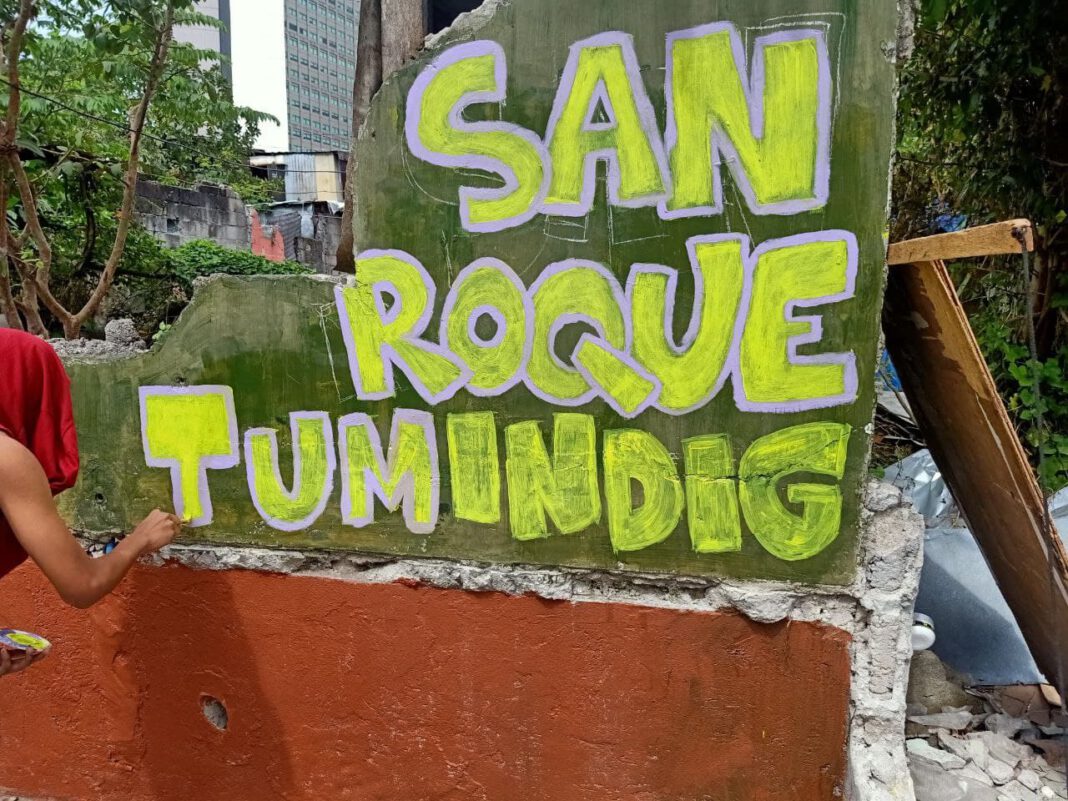 Policemen under the Quezon City Police District (QCPD) tried to nab 4 student artists who were painting a mural saying “All cops are bastards,” but failed to do so after a paralegal stopped the attempted arrest.

Three QCPD policemen entered the Sitio San Roque compound in Quezon City around 2 pm on Monday, January 18, after a security guard tipped them off that the students were painting a protest mural.

The students – one 17-year-old, two 18-year-olds, and one 19-year-old – were with the Save San Roque movement and were painting walls with messages critical of the government.

(The police surrounded the students so I rushed there. I explained to the police that it was within the students’ rights to say that. The students understand that. They chose what to say.)

Rafael said the policemen carried fliers containing anti-communist messages. One of the policemen was also spotted carrying a pistol. The policemen only introduced themselves after Rafael asked them who they were. Rafael noted their names: Dimaporo, Guillermo, and Figueroa.

According to Rafael, the students painted murals as part of a project to to start a school and a tanimang bayan (community farming area) inside the sitio, which is one of the poorest in Quezon City.

The dialogue escalated, Rafael said, when he mentioned the Tarlac killings in December, where a Parañaque policeman was caught on video shooting dead a mother and son point-blank. He said the angered policemen ordered them to go the police station.

“Aarestuhin na namin kayo. Sumama kayo sa presinto (We are arresting you. Come with us to the precinct),” Rafael recalled one of the policemen saying.

Rafael demanded that the policemen declare what law they violated. The police apparently mocked him in reply, saying, “Paralegal ka pero hindi mo alam ang batas (You’re a paralegal but you don’t know the law)?”

Rafael and the students refused to come with the policemen. They tried to take videos and photos, but the policemen demanded that they stop. Eventually, the police relented, but not without dropping threat, Rafael recounted.

“Aaraw-arawin namin kayo. Uubusin namin kayo dito (You will face us every day. We will finish all of you),” Rafael recounted the police as saying.

This is not the first time that police were accused of abuse in the area. In April last year, 21 San Roque residents were arrested after staging a protest to demand help from the government.

They were detained for violating lockdown rules banning mass gatherings and protests, which the police have invoked in many anti-government demonstrations under the pandemic.

Rappler sought the comment of the QCPD through its public information office, but it has yet to reply as of posting time. – Rappler.com