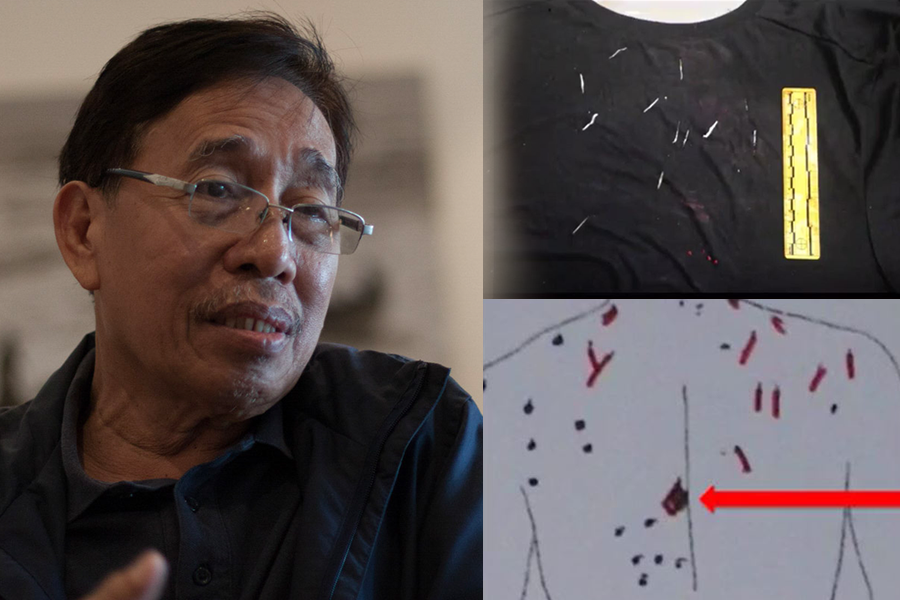 Forensic pathology expert Raquel Fortun, who examined Randall Echanis’s remains, said, “He was made to suffer before he was killed.”

MANILA – Peace consultant and Anakpawis Partylist Chairperson Randall Echanis was tortured before he was killed, the preliminary autopsy report revealed.

In an online press conference this morning, Aug. 20, forensic pathology expert Raquel Fortun of the UP College of Medicine said Echanis sustained injuries that were inflicted while he was still alive but the fatal one was the stab on the back.

Fortun, who conducted the autopsy after Echanis’s remains were released to the family, said there was a deliberate intent not to kill him outright.

“He was made to suffer before he was killed,” Fortun said.

While torture is not an official finding in forensic reports, Fortun said she found insinuations of torture. She also found little indication of struggle as Echanis was already in his senior years.

Fortun said at least three weapons, all for stabbing, were used by the attackers. One blunt weapon was used on his head, one bladed weapon, and a pointed weapon, long enough to reach the organ which is the aorta, heart and esophagus.

Echanis, one of the publicly known peace consultants of the National Democratic Front of the Philippines Negotiating Panel, was found dead in his rented apartment on Aug. 10. A former political prisoner, he had been facing threats of arrest since President Duterte unilaterally terminated the peace talks.

Fortun belied the cause of death indicated in Echanis’s death certificate, a gunshot wound in the head. Her autopsy revealed one round laceration, which might have looked like a gunshot wound.

Fortun said there is blunt force trauma in some portions of Echanis’s head, including fractures in the left side of his skull but these were not as fatal as stab wound below the seventh rib where vital organs can be found.

Fortun said she is hoping that there is a detailed and exhaustive crime scene investigation.

The SOCO (scene of the crime operatives) who first went to the crime scene have not coordinated yet with the family, said lawyer Rachel Pastores in the same online press briefing.

Echanis’s wife Erlinda said that there is no doubt that the killing of her husband was politically motivated.

“This is connected to his work as consultant of the National Democratic Front of the Philippines and as chairperson of Anakpawis,” she said in a statement read by former Anakpawis Rep. Ariel Casilao.

“There is no one that has the motive and the capacity to do this but the armed forces of this regime,” she said in a statement.

She said no words can describe the pain and anger the family is feeling with how Echanis was made to suffer before he was killed.

Pastores, managing counsel of the Public Interest Law Center (PILC), also said that Echanis reported that he was facing security threats following the unilateral termination of the peace talks between the Philippine government and the NDFP.

“He said that he was being tailed. He had since stopped attending the hearing of the Hilongos case,” said Pastores referring to the multiple murder case filed against Echanis and others.

Pastores said they are ready to assist the family in pursuing legal charges not only for the murder of Echanis but also for the emotional trauma brought by the snatching of his remains.

“We cannot just let this pass, especially for a person like Ka Randy who only wanted peace for the country,” Pastores said.

The post ‘Randall Echanis was made to suffer before he was killed’ – forensic expert appeared first on Bulatlat.