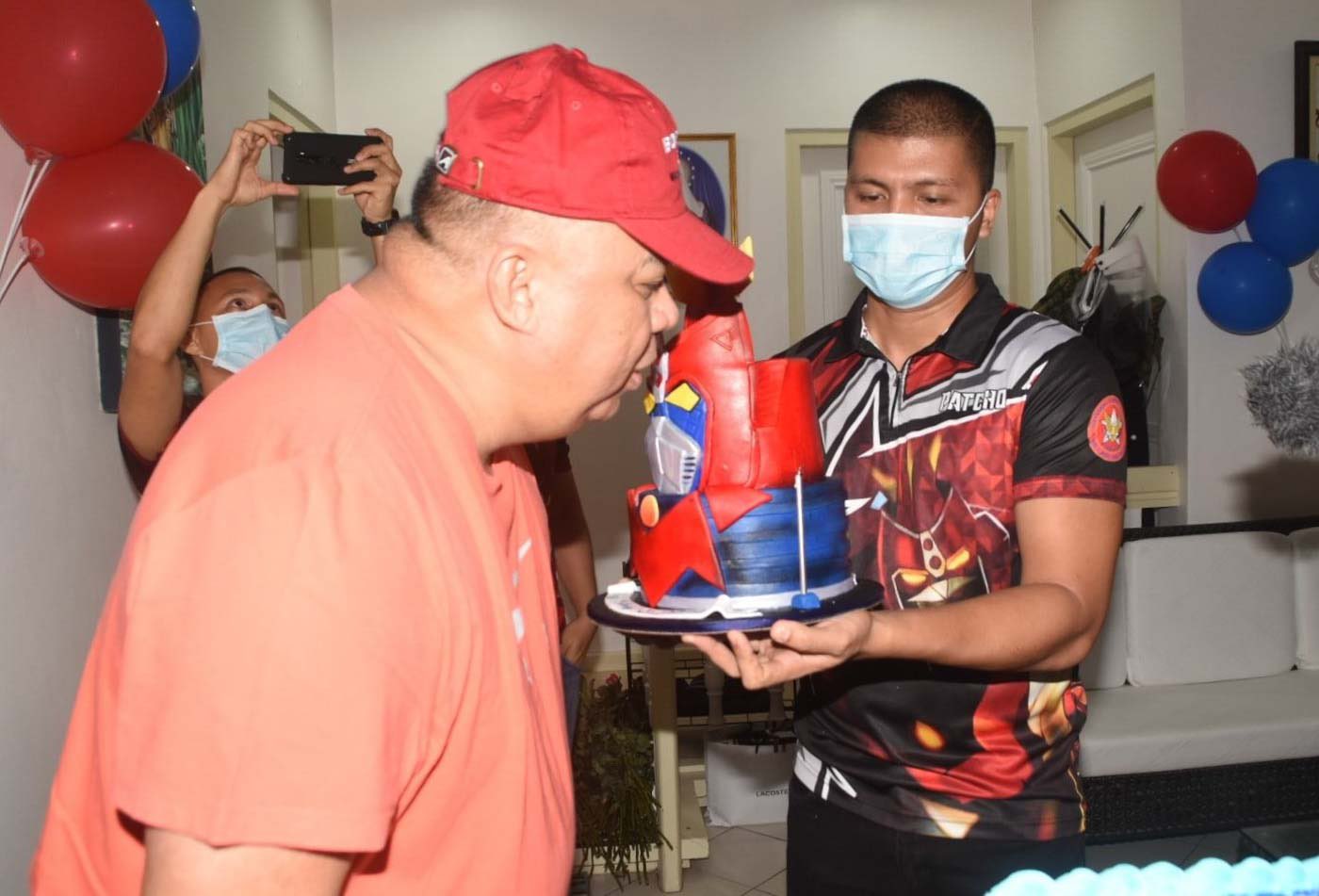 “With the trail of killings, illegal arrest and detention, and other criminal acts committed in the course of the implementation of the local synchronized enhanced management of police operations (SEMPO) in Negros, which were committed under his purview, he is in no way ‘good and honest.’ ”

MANILA – Progressive groups were dismayed when President Rodrigo Duterte came to the defense of Metro Manila police chief Maj. Gen. Debold Sinas during his address to the public on Tuesday, May 19.

Duterte owned up responsibility for Sinas’ actions. Photos of Sinas’ celebration of his 55th birthday last week surfaced online. Despite obvious violations to the rules supposedly implemented by the NCR police chief, Duterte said Sinas will remain in his post.

“Sabi mo, “the law is the law”. Well, akin na iyon (Well, that’s up to me). It’s my responsibility. But I will not order his transfer. He stays there until further orders,” Duterte said.

In a statement, Karapatan Secretary General Cristina Palabay said that Duterte’s pronouncements “are preposterous as it does not only convey a dangerous message that promotes impunity, but most importantly because it reveals how this government, within its forces, is coddling perpetrators of human rights violations.”

Palabay reminded the public of the human rights abuses in Negros during Sinas’ stint as Central Visayas police chief in 2019. She said families of the victims of extrajudicial killings are still crying for justice as no single investigation was conducted.

Palabay also took exception at Duterte’s description of Sinas as “honest” and a “good officer.”

“With the trail of killings, illegal arrest and detention, and other criminal acts committed in the course of the implementation of the local synchronized enhanced management of police operations (SEMPO) in Negros, which were committed under his purview, he is in no way ‘good and honest,’ ” Palabay said.

Palabay said the most reasonable thing that the government should do is to relieve Sinas from his post and to hold him accountable, along with the other perpetrators of human rights violations.

Kabataan Party-list Rep. Sarah Elago, on the other hand, said that “Duterte’s decision to retain Sinas is a mockery of the rule of law and reeks of double standard.”

She lamented that Duterte and the Philippine National Police are quick to attack the poor, the marginalized, and activists exercising their basic human rights.

“Yet, when it comes to policing their own ranks or investigating the crimes of this regime, they are quick to make excuses and just let it pass,” Elago said.

ACT Teachers’ Party and Assistant Minority Leader France Castro said that keeping Sinas in his post reflects that “the culture of impunity continues to intensify amid the public health crisis.”

Castro said the Duterte administration “uses military solutions to repress the people’s basic rights while allowing those in power get away with violating the same strict rules imposed on the people.”