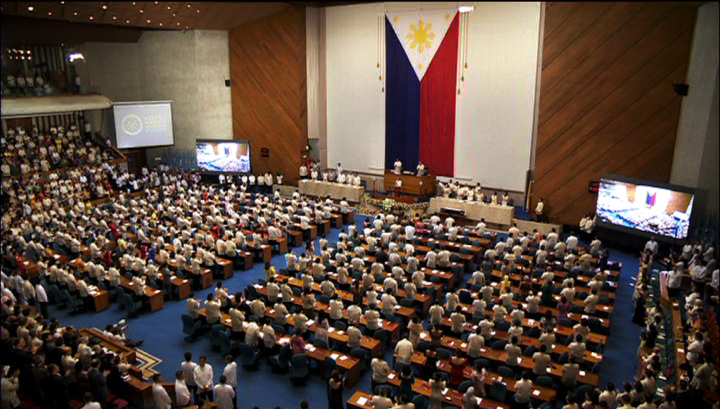 Voting 19-0, the Senate approved on third and final reading yesterday the bill that seeks to completely ban all forms of hazing or initiation rites as a prerequisite for admission into a fraternity, sorority, or any organization.

There were no negative votes and no abstention on Senate Bill No. 1662, the measure that sought amendments to Republic Act No. 8049 to strengthen the law on hazing and regulate other forms of initiation rites of fraternities.

It was Senator Panfilo “Ping” Lacson who sponsored the bill with Senators Juan Miguel “Migz” Zubiri and Sherwin Gatchalian as co-sponsors.

It was Lacson’s panel that launched an investigation into University of Santo Tomas’ (UST) freshman law student Horacio “Atio” Castillo III who supposedly died after undergoing initiation rites with the Aegis Juris fraternity.

“Hazing needs to stop now. Awareness must be raised as to the fact that there is no unity, no brotherhood, no strength, no honor, and no respect in hazing. It is merely violence and abuse,” Lacson stressed.

The senator said the measure defines hazing “as any physical or psychological suffering, harm or injury inflicted on a recruit, member, neophyte or applicant for admission or continuing membership into the fraternity, sorority or organization.”

Lacson said the bill expanded the coverage of hazing to include paddling, whipping, beating, branding, forced calisthenics, exposure to the weather, forced consumption of food, liquor, beverage, drug and other substance as well as any other brutal treatment or forced physical activity which would likely adverse the physical and psychological health of the recruit, member, neophyte or applicant.

He explained that under the existing law, hazing is allowed as an initiation rite and can be performed provided if there is a written notice addressed to the school seven days prior to the event. Also based on the current law, the notice should give details as to the duration of the initiation rite, the names of those undergoing the initiation rites and an undertaking that no physical violence would be employed.

But once passed into law, Lacson said the proposed legislation would now require fraternities, sororities, and organizations to submit and post a written application to the proper school authorities of their initiation rite detailing the activity not later than seven days prior of the scheduled date.

The school’s representatives would also be required to monitor, record and report that no hazing had been conducted in the initiation rite.

“The bill also requires the appointment and identification of advisers, who will be presumed to have knowledge and consent to the commission on any unlawful act in the violation of the Anti-Hazing Law,” Lacson said.

Under the bill, heavy penalties would be imposed to persons who had direct knowledge of any hazing acts but did not report it to authorities; and those found guilty of concealing or hampering or obstructing lawful investigation.

The bill also seeks to include in a person’s scholastic record, personal or employment record any judgment of the final conviction of a person convicted of the crime of hazing.

The university or school would also be held liable and be fined P1 million if officials would fail to prevent hazing from occurring during initiation rites.